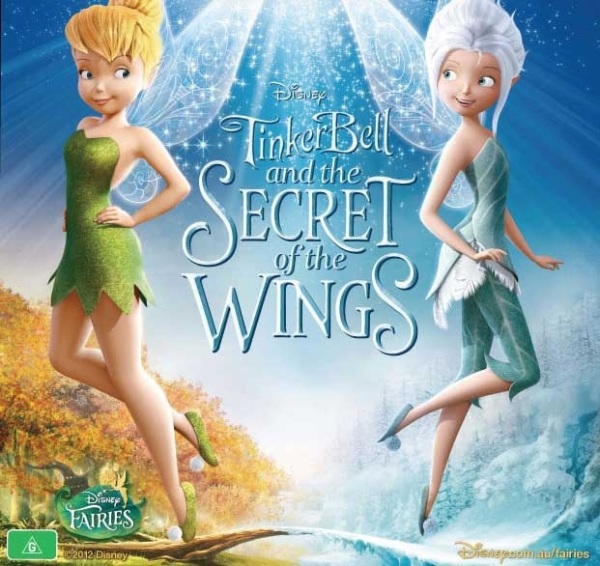 Needless to say, I did NOT choose this movie. 😉 Hmm… How to review something that’s not my kind of thing…?

Ok. I’ve been forced to watch Tinker Bell and the Lost Treasure many times. Secret of the Wings is a bit better. As for other Tinker Bell movies, I’ve not seen them so can’t compare it to them.

I find Tinker Bell an annoying character. Let’s be honest – she’s a horrible, moody little thing in Peter Pan! But they needed spinoff movies to make more money so they’ve made her a much nicer character than she originally was. She’s no longer homicidal but she still has her moody moments.

In Secret of the Wings, she’s possibly the most likeable she’s been. Don’t know if the story is a secret but she meets someone important and I suppose the story is quite sweet. There are spring fairies (I think? Think she’s a spring one) and there are winter fairies and they can’t go into each other’s worlds. Why? Because their wings can break from getting too cold (or, vice versa, too warm). WTF? Sounds stupid, yeah? Yeah- I thought that was pretty pathetic.

The look of the movie was quite nice, I guess. Was good seeing “winter” for a change.

Holy crap. I’m spending WAY too long on this. To sum up: Plot is pretty rubbish but the story is fairly sweet & Tinker Bell is nicer than usual and the introduction of a new character is pretty good. And winter is pretty. Um. Yeah.

One cool thing about these movies is that Tinker Bell is voiced by Mae Whitman, who has starred in some way better movies! (such as The Perks of Being a Wallflower & Scott Pilgrim). And, since I was bored, I decided this male winter fairy was kind of hot. For a cartoon fairy in a crappy movie… Check him out in the background: 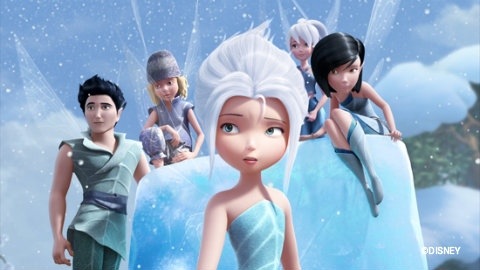 Wow. Yeah. I’ve spent way too long on this review.

One thought on “Tinker Bell and the Secret of the Wings”