Plot Synopsis: (via Wikipedia)
Sisters (also known as Blood Sisters in the United Kingdom) is a 1973 American horror film directed by Brian De Palma and starring Margot Kidder, Jennifer Salt and Charles Durning. The plot focuses on a French Canadian model whose separated Siamese twin is suspected of a brutal murder witnessed by a newspaper reporter in Staten Island.

This is another horror film I watched a few months ago but never reviewed so I’ve decided to write a little something about it now for my Halloween Horror Fest.

Hmm. This is an odd one. I enjoyed it and I think it was quite good but it’s also not aged well. It’s one of those films that was probably quite shocking in 1973 but by now we’ve seen this same sort of story in a lot of films. So, even though now you can see “what’s really going on” from a mile off, I’m sure audiences found it a surprise at the time. 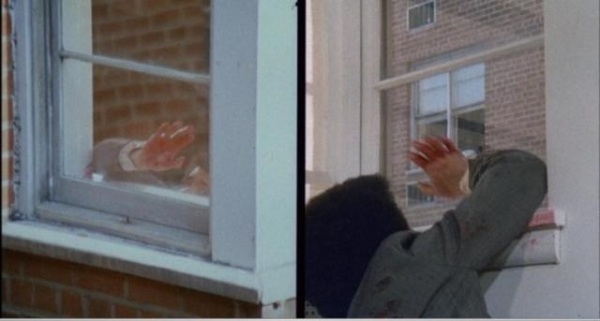 So, anyway – Margot Kidder is a French Canadian model who has a (possibly insane) separated Siamese twin. You know from the start of the movie that she has a twin but I thought the “Siamese” part was meant to be a surprise until later in the film but, oh well – it’s all over the posters for the film. They weren’t subtle in the 70s! And… I won’t go into the story any more as all you need to know is in the plot synopsis above and knowing any more would spoil the film.

De Palma has made some great (and diverse) films. Obviously, the film of his that this most resembles is Carrie. Sisters doesn’t seem to be very well known these days so I think it got overshadowed by Carrie, which came along just three years later. Which is a shame, really. Although I love Carrie and definitely prefer it, I still think Sisters is a decent film and worthy of more recognition.

That’s it. I’m keeping this short as I still have plenty of reviews to get through before Halloween. Do I recommend this? Well, it’s not for everyone. It’s very “70s” (which I personally love!). There’s a pretty brutal stabbing if you like that sort of thing. I think it’s nice and suspenseful with a good story (even though you’ll guess what’s going on within the first 30 minutes of the film). According to Wikipedia, the script was “largely influenced by the films of Alfred Hitchcock” so any sort of comparison to Hitchcock is going to get me interested in a movie (it made me watch Stoker). Basically, if you’re a big De Palma fan and especially if you like Carrie, you should give Sisters a try. 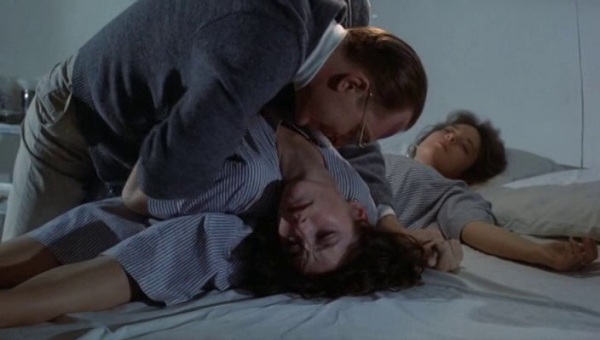