Based on: Catching Fire by Suzanne Collins

Plot synopsis:
After their victory in the 74th Hunger Games, Katniss Everdeen and Peeta Mellark have become symbols of hope to those in the Districts of Panem. President Snow will do whatever it takes to make sure that this hope doesn’t lead to a rebellion. 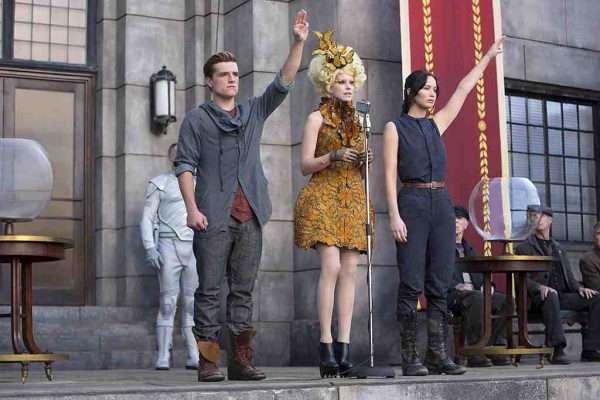 I read the Hunger Games books and loooooved them (Well, loved the first two at least…). So I was very excited to see the films. I thought the first one was a very good adaptation and feel the same way about Catching Fire. I know they can never put absolutely everything from a book in the movie as there’s just not enough time – As long as no major changes are made, I’m happy. It’s been a while since I’ve read these but, from what I remember, Catching Fire is extremely faithful to the book so that should keep the fans happy.

I’d actually be more interested to know what people who haven’t read the books think of these films. I often try to read the book before the movie and all that but it does take a little fun out of the movie for me. I just like to be surprised & like not knowing what’s going to happen. I always enjoy seeing the movie bring a book “to life” but… I have no idea what point I’m trying to make here! Just that, you know – I knew what was going to happen every step of the way.

However, both of these films have done a great job creating the overall look of this world and especially bringing these characters to the screen. I really can’t fault ANY of the casting. Jennifer Lawrence is absolutely perfect as Katniss Everdeen. She’s totally what I’d pictured while reading the books and she does an excellent job in these films (well, she IS an Oscar winner, you know). For a young adult series, it’s a very dark story and she does all the serious & emotional stuff brilliantly. I can’t really imagine anyone else in the role. And I think with these young adult adaptations, the actors don’t always take the material as seriously & it sometimes feels like the big name actors are only there for the paycheck & are giving a half-assed performance. I don’t feel this way with the Hunger Games films, though. Everyone seems to be giving their all.

Woody Harrelson – Also perfect. He’s a great Haymitch and one of the biggest highlights of these films. I also love Lenny Kravitz as Cinna. Even though he’s not what I’d pictured from the books, he’s also one of the best characters in the films (for me). I also loved seeing Effie having a bit more depth in this one (and, again, I think Elizabeth Banks does this role very well).

Donald Sutherland, Stanley Tucci, Amanda Plummer, Jena Malone – All good! Liam Hemsworth & Josh Hutcherson are both fine as Gale & Peeta but are the only ones that aren’t *quite* right for me (especially Hutcherson). However, both have grown on me & I fully see them as those characters now after this second film. I’d love to see Primrose get a lot more screen time – I feel that the audience barely knows her if they’ve not read the books. Also not 100% sure on Finnick or Philip Seymour Hoffman as Plutarch – Hoffman was good but kind of just seemed his usual self. 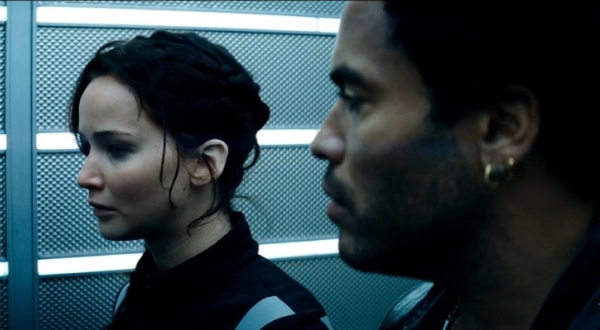 I know I’ve not said anything about the story as, well, I know the whole story from the books. I loved the books – the story was really intense and I couldn’t read them quick enough. Luckily, the films are the same way – they’ve been very faithful adaptations so far and I don’t think fans of the books can have any major complaints. The world looks great and, more importantly, the casting has been perfect. I really can’t complain about any of the actors at all but the ones they especially got right were Haymitch and, luckily, Katniss. If they’d gotten the wrong actress for Katniss, I don’t think these films would be quite as successful. Catching Fire is just as good as the first film (although you really can’t top the first film just as you can’t top the first book in the trilogy). If you haven’t read the books but liked the first film, you’ll definitely like Catching Fire and you’ll get a lot more character development than you did in the first film.