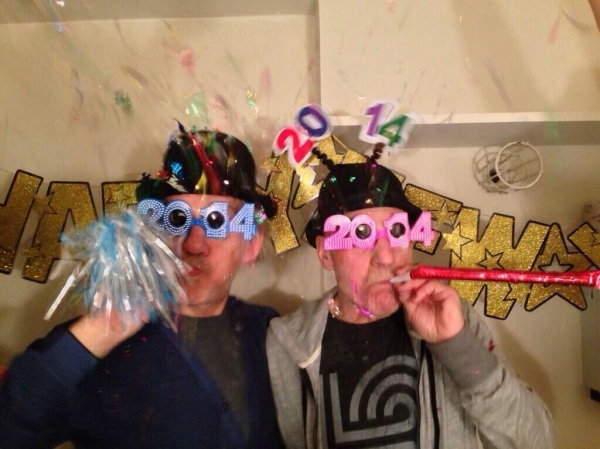 I haven’t wished everyone a Happy New Year yet so I’ll do it with a Patrick Stewart photo & a clip of him, um, mooing in various accents. Oh my god – it’s hilarious! Listen to it here: Laughing Squid

It’s a fairly long clip. He starts by explaining things in this way:

It’s not a simple, straightforward answer unlike, probably, any other country where cows moo as cows moo. In England, we’re dominated by class, by social status and by location. So, for example, a cow that is in the field next to my house in West Oxfordshire would moo in one kind of way, and a cow in a field in the semi-industrial town I grew up in in the North of England would moo in another kind of way.

Bwahaha! I love this dude. Patrick Stewart rules. He’s the only celebrity I really follow on Twitter because he’s hilarious & posts great photos (often with Ian McKellen) like the one above. Link: Sir Pat Stew

Happy New Year Everyone! I’m looking forward to a great 2014 of blogging with all you great people. 🙂