Plot Synopsis:
A hobo gets pissed off with all the evil scumbags controlling a city so, when he gets hold of a shotgun, he takes matters into his own hands.

From Wikipedia:
Hobo with a Shotgun is a 2011 Canadian exploitation action film based on the winning trailer of the same name from Robert Rodriguez’s South by Southwest Grindhouse trailers contest and received an R rating for strong violence.

Umm… Bloody hell, I truly have no clue how to go about reviewing this thing. It wasn’t quite what I was expecting but I liked it more than I thought I would. Especially as it’s very violent & I’m a mega wuss about that. 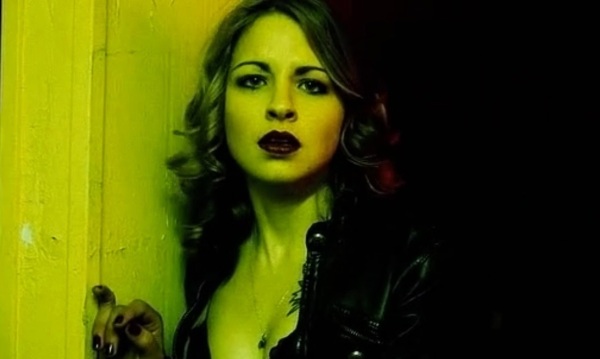 Of the movies made from those fake Grindhouse trailers, this one appealed to me more than Machete, which I’ve not bothered watching. I mean, the title of this film alone made me want to watch it. Great title! And who doesn’t like a bit of Rutger Hauer, eh? I actually think he’s great in this. 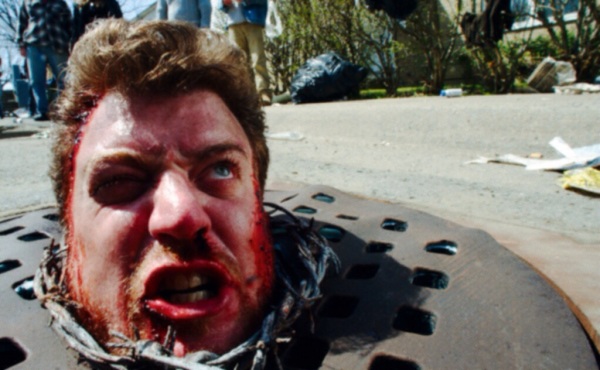 This movie is messed up. But I think it works very well as… Whatever it’s meant to be. 70s/early 80s exploitation film? It’s not a genre I have a lot of experience with. But I thought it had the proper gritty feel of a few crappy movies I watched late at night in the 80s. It felt a bit like… Umm… A GOOD Troma movie? That’s probably an insult to this. I don’t know. It also reminded me in a small way of Sin City what with the movie being so full of scumbags (I HATE Sin City. But this, I liked). Again – it’s not a genre I have that much experience with. But I thought some bits of this film were great & very memorable. I’ll forever see that guy’s head in the manhole cover. And the sweatshirt Rutger Hauer puts on. And that giant f*%king octopus. And these guys:

And… Screw it. Let’s go to the summary.

A great example of a film that’s trying very hard to be (70s? 80s? Exploitation??). I didn’t feel like I was watching a 2011 film and, for me, I love that. Hauer is absolutely perfect in this role & I liked the relationship with the prostitute he befriends & tries to protect. Hell, I thought the relationship was quite sweet. This thing is bloody as hell, the baddies are over the top & hamming it up big time, and only a select group of people won’t hate this thing. Probably. I liked it. But I’m not a very normal person so, who knows… 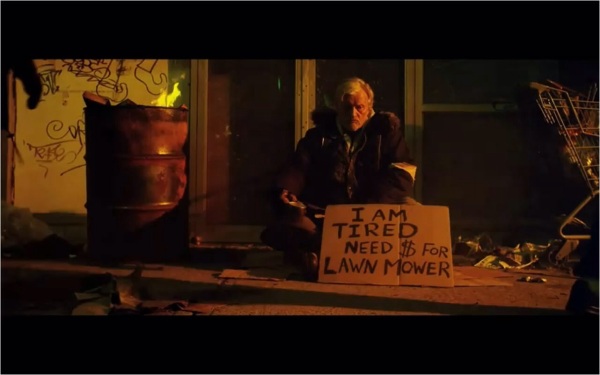