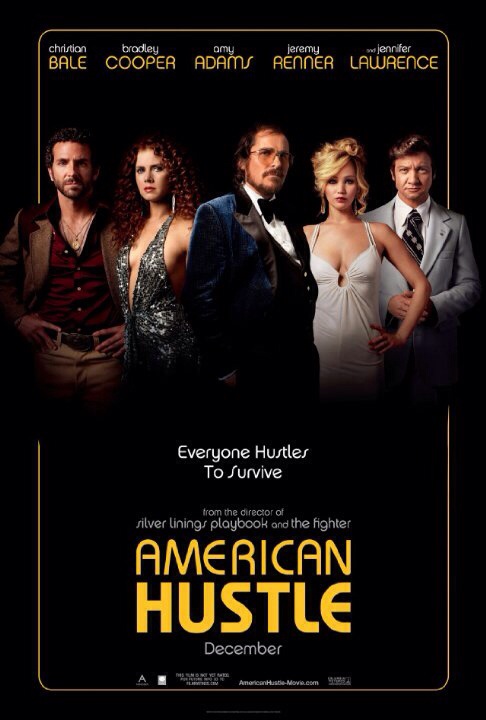 Plot Synopsis: (via Wikipedia)
American Hustle is loosely based on the FBI ABSCAM operation of the late 1970s and early ’80s. It stars Christian Bale and Amy Adams as two con artists who are forced by an FBI agent (played by Bradley Cooper) to set up an elaborate sting operation on corrupt politicians, including the mayor of Camden, New Jersey (played by Jeremy Renner). Jennifer Lawrence supports the cast as the unpredictable wife of Bale’s character.

Be brief… Be brief… (Trying to make myself keep this short – I ramble on too much!)

This movie was good. Not great. A little overrated. (Sorry). I came away from it with the same sort of feeling I had after finally watching Silver Linings Playbook recently. Some very good performances in both films but, overall, something is missing. They both feel a little hollow. And come to think of it, I felt sort of the same way about The Fighter (I reviewed that in my early days HERE. Ugh – I should re-read that before linking to it. My old reviews were even worse than my current ones). 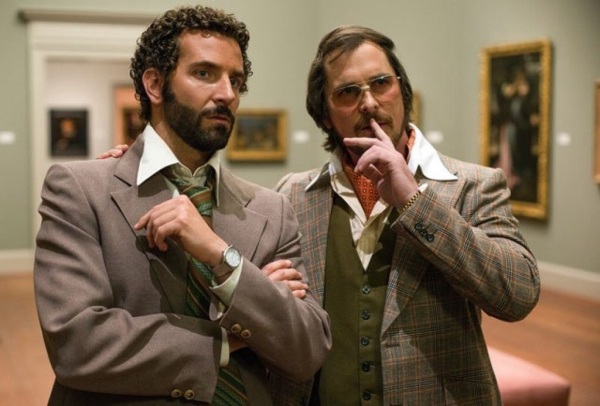 Like with the other David O Russell films I’ve seen, it’s more about the performances in this one than the story itself. Don’t get me wrong – the story is okay but didn’t exactly blow me away. I was more excited to see the female actresses in this than the actors as I don’t really like Bradley Cooper or, especially, Christian Bale. However, Bale ended up being the best thing about the film – I really warmed to his character by the end of the movie. I love Amy Adams and think she also did a good job in this (and I loved all her 70’s outfits even though seeing so much of her boobs got a little disturbing after a while when I just watched her as a Disney Princess in Enchanted the other day). Lawrence & Cooper were good but I felt a bit like I’d just watched them doing somewhat similar characters in Silver Linings Playbook.

American Hustle has a lot of the elements I like: Great actors & performances, decent script, good music (ELO!), and the 70s (I love that ugly-ass decade). But something about it didn’t QUITE work (for me) overall. It was good. I enjoyed it. Bale & Adams were great. It’s the first film I’ve gone to in 2014 but I already know where it’ll rank in my end of year list: somewhere in the middle. I’m looking forward to The Wolf Of Wall Street more, which comes out here on Friday. Will be interesting to see which one I prefer.