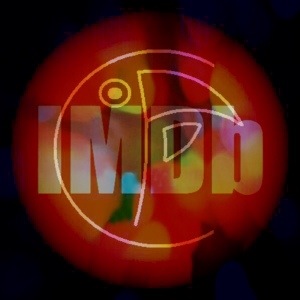 For today’s IMDB Top 250 guest review, we have the wonderful Abbi of Where The Wild Things Are AGAIN! That’s right – Abbi has already gone & done two IMDB Top 250 reviews for me (you can read her Kill Bill Vol 1 review HERE). So a huge thanks to Abbi getting these reviews over to me so quickly – I love how enthusiastic she (and lots of you!) has been about this project. 🙂

Abbi loves Kill Bill – let’s see how she feels about Pirates Of The Caribbean: The Curse Of The Black Pearl, IMDB rank 216 out of 250… 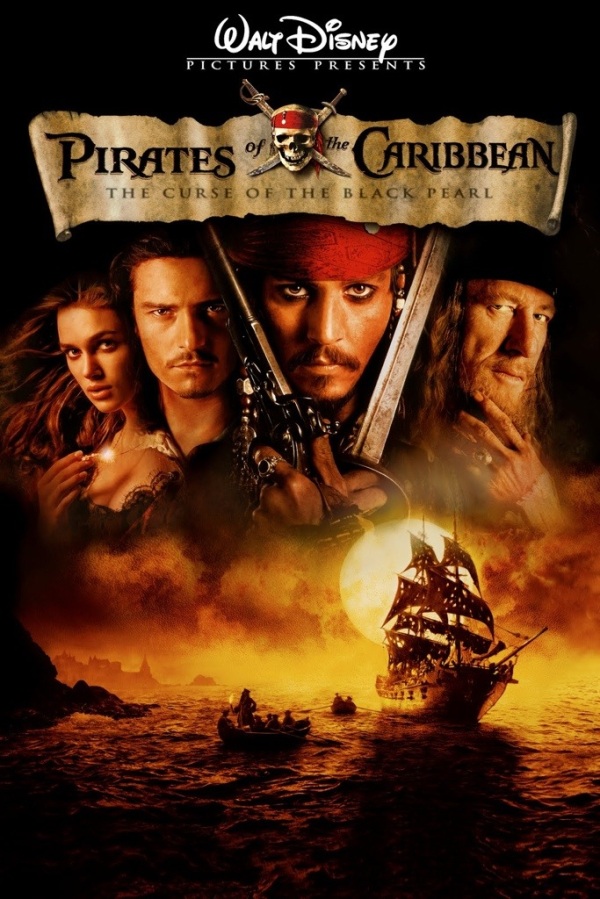 Pirates of the Caribbean: The Curse of the Black Pearl (2003)

On her voyage from England to Port Royal, Jamaica, governor’s daughter, Elizabeth Swann (Keira Knightley) spots young Will Turner (Orlando Bloom) floating on a piece of wood. When he is brought aboard she notices that he is wearing a gold pirate medallion. Worried that the boy will be tried for piracy she takes the medallion before anyone can see it and keeps it for herself.
Years later Port Royal is flourishing, Will has become a blacksmith and Elizabeth has grown into a beautiful, if not spoiled, young woman, who has caught not only Will’s eye but also that of Commodore Norrington (Jack Davenport).
On the day of Norrington’s promotion Elizabeth faints and falls over the side of a cliff into the sea, where she is saved by Captain Jack Sparrow (Johnny Depp), an infamous pirate known just as much for his terrible reputation as his rather eccentric behaviour. Sparrow is arrested for his efforts but as he languishes in the cells the terrifying pirate crew of The Black Pearl descends on Port Royal, sacking it and kidnapping Elizabeth in the process. Will is distraught and decides reluctantly to turn to the one person he is sure can help him rescue Elizabeth, Captain Jack.
Now the two will set off on a swashbuckling adventure where they’ll have to face off against not only a group of pirates with a disturbing secret but also the pride of the Royal Navy. But can Jack be trusted and is Will really who he thinks he is?
To truly appreciate The Curse of The Black Pearl, you have to try and pretend that you haven’t seen any of the progressively more dire sequels and hark back to a time when Captain Jack was a fresh new character rather than a pitiful, overused, annoying caricature of himself, because essentially, this is the Johnny Depp show. Captain Jack is a brilliant creation – devious, cunning, gorgeous and utterly hilarious… a pirate captain played out like a drug addled rock star. Basically you either want to sleep with Captain Jack or be him or maybe both (how would that work?)
Curse of the Black Pearl looks amazing, is packed with action and provides more than its fair share of laughs making it one of those very rare films that really is perfect for the whole family. If only they had stopped after the first one! 4.5/5 (and really bad eggs)

They see me rollin. They hate it. Patrollin, tryin to catch me sailing dirty.