Plot Synopsis:
Pretty In Pink. But better in some ways. 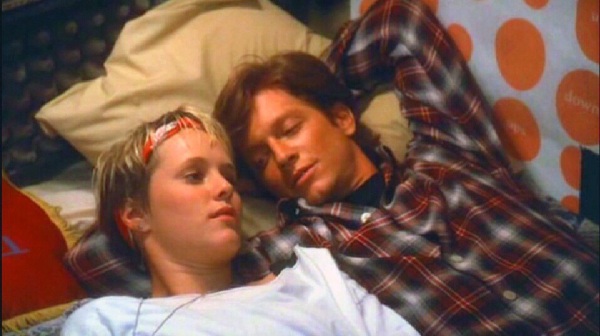 I’ll keep this review short as I’ve already reviewed Pretty In Pink (review HERE) and, for those who don’t know much about John Hughes films, this is basically a remake of that but with the roles reversed (Eric Stoltz is Molly Ringwald – you can figure out the rest if you watch them as I try to stay spoiler-free for Hughes-newbies). Which one is the better film? Pretty In Pink. Which one do I like more? Probably Some Kind Of Wonderful.

I think it’s a shame that Some Kind Of Wonderful seems to get forgotten while Pretty In Pink gets all the attention. I won’t go into Pretty In Pink much as I’ve already reviewed it but the things it really has going for it are two very strong characters (Duckie & Iona) and some classic Hughes-style quotable lines. I think the script is stronger and, as I said, it’s a better film overall. However, I really couldn’t relate to any of the characters in Pretty In Pink. In Some Kind Of Wonderful, I found them much more realistic & they felt more like people who actually would have been in my high school. Plus Watts (Mary Stuart Masterson) is a great female character. I prefer the tough tomboy thing to Molly Ringwald’s usual girly roles in the Hughes movies. Watts still gets a little “silly” over a boy but, hey – she’s a teenage girl. Her character feels very genuine in the movie plus her friendship with Stoltz is totally believable and I bought into it more than Andie & Duckie’s in Pretty In Pink.

Eric Stoltz does a decent enough job in the movie & you do find yourself wanting things to work out for him. Lea Thompson is a little… Empty. But so was the character who was her equivalent in Pretty In Pink. Elias Koteas is the “Skinhead” in this and is a very enjoyable character in the way that Iona was great in Pretty In Pink. The “bitches” are less bitchy than in Pretty In Pink but are more believable. Craig Sheffer is, well, a low-budget James Spader – anyone could have played his role. He’s the equivalent of Michael Ironside being the low-budget Jack Nicholson. But the important thing is that the two main characters, Stoltz & Masterson, are very strong and, for me, more likeable and realistic than in Pretty In Pink. Especially Watts.

Sorry for basically just comparing this to Pretty In Pink but it would be impossible not to. If you haven’t seen either film, I’d recommend both if you like slightly-dramatic 80’s teen movies and especially if you like John Hughes as these are both very much “him”. It’s hard to say which one you’ll like more – some prefer one and some prefer the other. If you’ve seen (and like) Pretty In Pink, you MUST watch Some Kind Of Wonderful as well! It’s good. You may even find you end up liking it more than Pretty In Pink. Okay – Yeah, I like it more too. It just wins out over Pretty In Pink thanks to the characters feeling more real. Some Kind Of Wonderful deserves more recognition than it seems to get compared to the other Hughes teen movies.