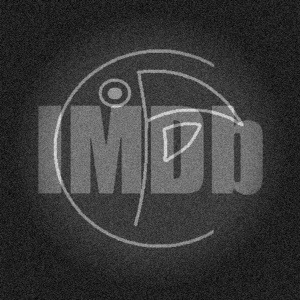 Today’s IMDB Top 250 Guest Review comes from Niall of Raging Fluff. Thanks so much for contributing to these IMDB reviews, Niall! 🙂 Now let’s see what he has to say about Alfred Hitchcock classic North By Northwest, IMDB rank 42 out of 250…

Number of Times Seen: Too many to recall

Synopsis: A Madison Avenue ad executive, Roger Thornhill, is mistaken by enemy spies as CIA agent George Kaplan, a man who doesn’t even exist. Or, as the publicity had it, “it’s a deadly game of ‘tag’ … and Cary Grant is ‘it’!”

My Take: Should obviously be seen by Hitchcock completists and fans of Cary Grant, but should also be essential viewing for anyone interested in editing and scoring.

First, let’s get the film’s flaws out of the way. At 136 minutes, it’s far too long. James Mason as the villain is unfortunately given far too little screen time. The famous finale at Mount Rushmore is, for me, not as exciting as I think it could be, and several of the effects shots are rather shoddy. The filmmakers were prohibited from filming on top of the real Mount Rushmore. The plot itself doesn’t hold up to much scrutiny, and the famous crop-dusting scene – brilliant though it is – is the most ludicrous way to dispose of someone: wouldn’t it be easier to just drive by and shoot him?

All that aside, it is still wonderfully enjoyable and holds up to repeated viewing. It’s a great piece of romantic suspense cinema. Director Alfred Hitchcock turned down the suggestion of Cyd Charisse as the girl, casting Eva Marie Saint instead, and we should be happy that the hero is played by smooth Cary Grant instead of drawling James Stewart, who was the original choice.

Screenwriter Ernest Lehman was originally hired to adapt The Wreck of the Mary Deare by Hammond Innes, but finally admitted to Hitchcock he simply couldn’t do it without turning it into “a boring courtroom drama”. Hitchcock told Lehman they would simply work on something else; the studio brass couldn’t believe their luck, thinking they were going to get two Hitchcock films for the price of one. In the end, Hitchcock passed on the Innes story to others, and he and Lehman focused on North by Northwest. Film fans should be grateful: we got, in Lehman’s words, “the Hitchcock film to end all Hitchcock films”, and The Wreck of the Mary Deare is seldom remembered.

North by Northwest is a marvellous, breezy and confident retread of the best of Hitchcock, combining parts of The Thirty-Nine Steps and The Man Who Knew Too Much. It has many of Hitchcock’s great touches: a fantastic score by Bernard Hermann, a brilliant title sequence by Saul Bass, an ice-cold blonde, a suave villain, a powerful mother-figure, and a shallow, sophisticated big-city hero caught in a story of intrigue that will put him in peril in a sequence of masterful set-pieces.

He’s a shallow, possibly unlikable character, Roger O. Thornhill: R.O.T. (“What does the O stand for?” “Nothing.”) He begins the film as a man in total control, a 1950s movie idea of success, a smooth-talking, twice-divorced adman, dapper in his grey suit, without conscience or guilt, dictating instructions to his secretary that include buying kiss-off gifts to girls. For reference, let’s say he’s closer to Roger Sterling than Don Draper. By the end, he’ll have been almost killed several times, start an affair with a beautiful double agent, beginning with one of the sexiest conversations in cinema, have hung off Mount Rushmore (a working title for the film was ‘The Man in Lincoln’s Nose’), and finally be successfully married.

It wouldn’t work if the man wasn’t handsome and charming Cary Grant, but because it’s him, and because many of the dramatic scenes are played as high comedy, the film bounces along on its own sense of ridiculousness. He’s abducted by a couple of heavies and transported to a Long Island mansion. “Not that I mind a slight case of abduction now and then, but I have tickets for the theatre this evening.”

They pour a vat of bourbon into him and put him behind the wheel, hoping he’ll drive off a cliff. He doesn’t, and when the police arrest him for drunk-driving, he calls his mother from the jailhouse. “They poured a whole bottle of bourbon into me … No, they didn’t give me a chaser.” Thornhill’s mother (Jessie Royce Landis, in real life the same age as Grant) doesn’t believe his abduction story. She’s almost as joyously reckless as he is. When they’re in a lift beside the thugs, she turns to them and cheerfully asks, “you gentleman aren’t really trying to kill my son, are you?”

Of course Thornhill calls his mother. He still lives with her. He is still essentially a child, even if he is a ladies’man. Mind you, he’s the one who gets seduced by the beautiful Eve Kendall (Eva Marie-Saint). She turns out to be the mistress of the chief villain, but also a double agent. Their romantic meeting on the train has been copied several times, most recently in the forgettable The Tourist with Angelina Jolie and Johnny Depp.

The villain, Van Damm, is James Mason, and to watch he and Grant together, trading witticisms in their beautiful voices, is one of the great pleasures of film-watching. Mason casually says, “the least I can do is afford you the opportunity of surviving the evening.” Van Damm’s chief henchman is played by a nervous-looking Martin Landau, who plays the role with a hint of homosexuality: at one point he asserts his “woman’s intuition.”

The villains think Thornhill is a man called George Kaplan, who it turns out doesn’t exist. He’s a fiction created by the CIA as a decoy so the bad guys don’t realise that the real CIA agent is right under their nose. The McGuffin – only revealed at the end – is some microfilm they’re trying to smuggle out of the country. Having failed to kill him in the car, they try again, luring him to an Iowa cornfield, where they try to kill him with a crop-duster. The reasons for the scene makes very little sense, but it’s so brilliantly conceived and constructed – nearly six minutes of silence before anything happens – and the fact that it’s urbane Cary Grant in a nice suit being chased by a plane in the middle of nowhere, make it unforgettable. If you want to study how effective direction, editing and music score can be when combined correctly, watch that scene repeatedly.

As with much of Hitchcock, the film has to do with his own fears. He distrusted authority and was afraid of the police. The crop-dusting scene works in part because its setting induces agoraphobia: no matter which direction you look, all you see is a flat expanse of nothingness extending to the horizon. The film also has a lot to do with the suave and charming persona of “Cary Grant”. It was their fourth film together. He was 55 when he filmed North by Northwest – getting up there, but still something of a romantic lead – and some have read his journey in the film as a journey through his career. It’s an interesting idea: at times you can see the Grant of Bringing Up Baby, His Girl Friday, and The Philadelphia Story. There’s a wonderful moment where he breaks into a hospital room and wakes up a woman. She screams “Stop!” Then she gets a good look at him, melts and breathes “Stop…?”

Some other moments worth noting: the opening shot of the side of a skyscraper reflecting the traffic; the incredible overhead shot of the plaza in front of the United Nations building; the schoolboy joke of the train going into the tunnel that ends the film.

As enjoyable as North by Northwest is, I’d probably still choose to watch Hitchcock’s The Thirty-Nine Steps first. It treads similar ground with verve, wit and economy (a mere 81 minutes), and is beautifully filmed in black and white, instead of the rather lurid technicolour of the 1950s.