Okay – so I’ve already posted 30-21 of My Top Thirty TV Shows HERE. I was surprised at the great response that post got and am really looking forward to posting my Top Ten on Friday. And, wow – a lot of you sure loved Quantum Leap! 🙂

So here, counting down, are 20-11 of My All-Time Top Thirty TV Shows. (My Top Ten will be posted on Friday. I think my Top Five may be a little unexpected) 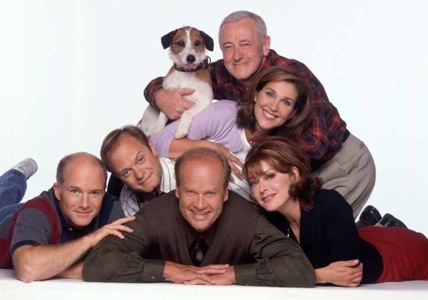 When they made this Cheers spin-off, I was surprised they’d chosen Frasier as the Cheers character they thought should have his own show. But it worked! Loved the relationships with his father & his brother. And dog. And that manky old chair. What a great show.

Who didn’t love these characters?? This was on every evening after the news when I was in my mid-teens & I watched every single one. **SPOILER**: I still won’t name names but that was one of the MOST depressing TV deaths ever. I may have cried a little… 😦 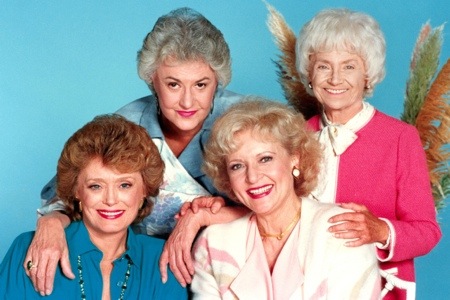 Admit it – these women RULE! My favorite will always be sweet & dumb Rose. Betty White is possibly the coolest woman EVER – I worship her. I’m very sad she’s the only “Golden Girl” left. Also loved Sophia and all her rude remarks, especially about that “slut” Blanche. Lol! And her relationship with Dorothy was always so loving & hilarious at the same time. I’ll shut up now… I just loved these ladies. 🙂

I’ll admit that I haven’t watched The Simpsons religiously for at least ten years now. Supposedly it’s not as good as it used to be anyway? Hey – who cares? How many people could keep making something THAT good for SO long? The Simpsons gave us such iconic characters and the world is a better place for having Homer Simpson in it.

Yes, I have this above The Simpsons although I think that’s the better show overall. Similar to The Simpsons, South Park has had some pretty dodgy episodes and isn’t as great as it used to be. But when they get an episode right, they get it VERY right and nothing else makes me laugh quite as much.

Chill out, Eric – top 15 isn’t bad! 😉 This has the potential to move further up the list if I ever see more. I moved to the UK a while before the Christopher Ecclestone ones started up so that’s where I started. I LOVED him and then ended up loving David Tennant even more. Then came the Matt Smith ones and it all went very downhill for me… Hopefully it gets better again. In the meantime, yes – I need to make a start on some older ones. I know, Eric. I know… Lol. I will say I love the stories and the characters and it’s amazing how this show keeps going. I totally understand the love for it. 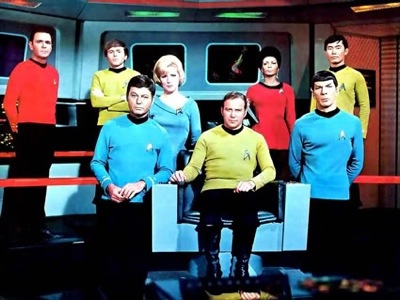 It was hard to know where to place this one. I probably “like” some of the shows I’ve already mentioned more than I actually like the original Star Trek series. But you have to credit this for the start of, well, something pretty great. The movies (that I’ve seen) and the other shows (that I actually liked more)… Shit – does that give something away? 😉 It looked a little dodgy but the writing was fantastic!

Okay – I know there will be some “Friends Haters”. I was almost going to say this was a “guilty pleasure” but, screw it – Why make excuses? It was a HUGELY popular show so clearly these characters really worked for lots of people. Joey & Phoebe were my favorites (I always love the dumb ones). Like all the most successful shows, we grew to know these characters so well that it was almost like they were real. I liked Friends! And I know some of the rest of you did too. But, WOW – this thing looks soooo “90s” when you watch reruns now! (Yeah, I had a Rachel haircut at the time. So sue me). 😉

It’s THE MUPPETS! Do I really need to explain myself? I’m not going to. 🙂 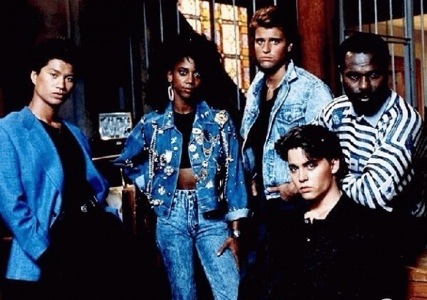 Showing my age again. Younger people won’t QUITE realize JUST how freaking cool the young Johnny Depp was. This show was loads of fun (Cops pretending to be teenagers & going undercover in high schools? HELL YEAH! That was awesome!) but it really was Johnny Depp who made this show what it was. It wasn’t at all surprising when he went onto bigger things and the show definitely suffered after he left. Favorite episode: When Tom Hanson (Depp) had to protect a teenage boy who was HIV-positive. The show got pretty heavy at times – I don’t think it got the credit it deserved. Hmm… Maybe I should have been listing my favorite episodes all along.

Oh well – maybe I will for Friday’s top ten… See you then! 🙂

The Golden Girls: The Best Of Rose Nylund