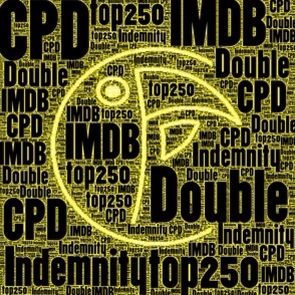 Today’s IMDB Top 250 Guest Review comes from Cindy. You can find her blog, Cindy Bruchman, HERE. Thanks for being a part of this IMDB project, Cindy! 🙂 Now let’s see what she has to say about Double Indemnity, IMDB rank 57 out of 250… 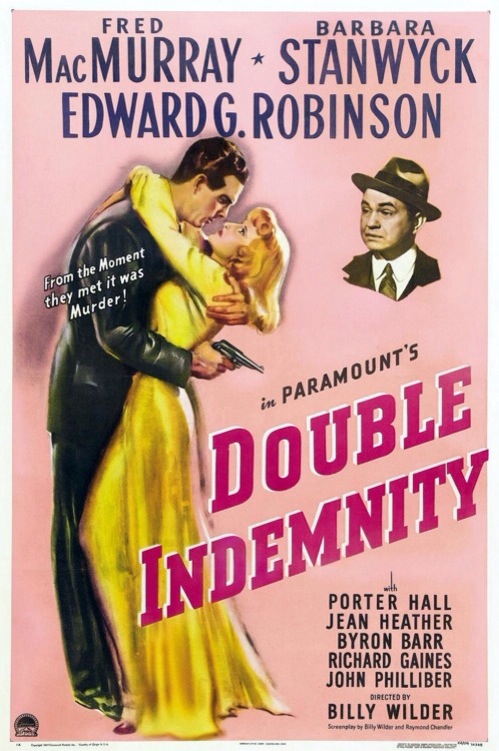 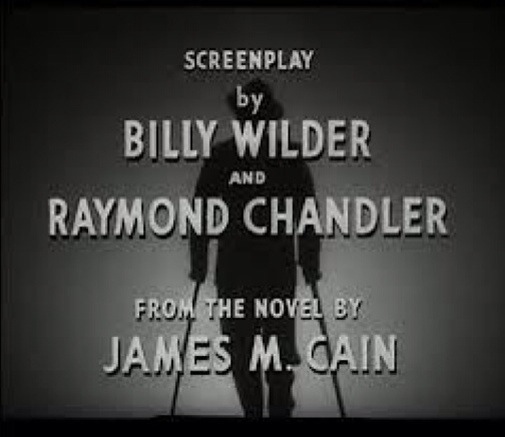 In 1945, Billy Wilder directed and co-wrote the script with Raymond Chandler and Double Indemnity was nominated for seven academy awards including Best Picture. For the three principal actors, this American noir was the best decision they made in their careers, especially Edward G. Robinson, who normally insisted  top billing but signed up as supporting actor because the script was so good. Indeed, Barbara Stanwyck may have been nominated for Best Actress and Fred MacMurray played tall-dark-and-handsome perfectly, but it was Robinson’s role that was essential for moving the plot and his acting the best of the bunch. Why he wasn’t nominated for an award, I don’t know. 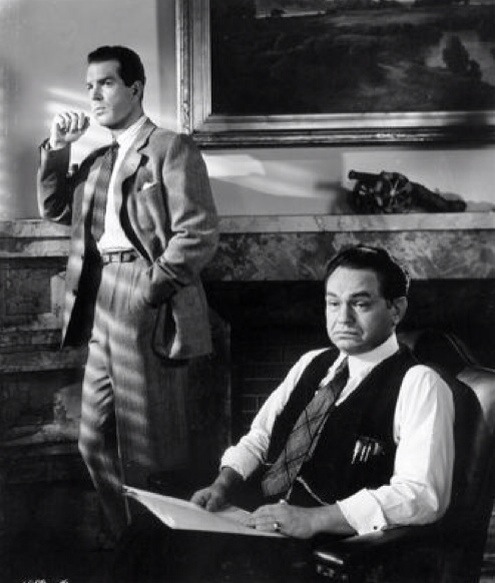 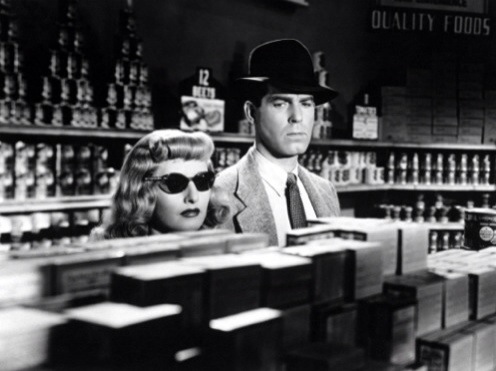 Shadows, hidden corners, streets after sundown and conversations in garages and halls and trains–even in the bright of day, fatale Phyllis Dietrichson hides behind black shades and most shots are held at night or in the dark. It’s a tricky way to begin a film. Fred MacMurray’s character, Walter Neff, stumbles injured into his L.A. office one night and confesses into a dictaphone that he committed a murder. The rest of the film is a flashback where we learn how and why he did it. 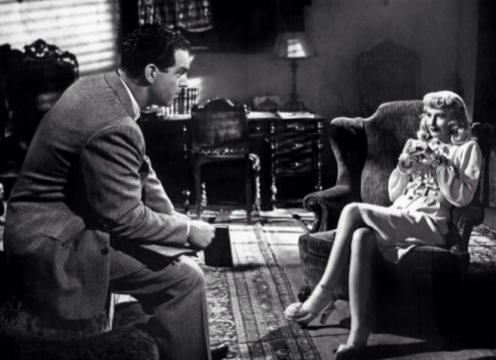 In the old days, insurance salesmen made house calls. Walter makes a visit to the Dietrichson home and craves the wife when she appears at the top of the stairs wearing no more than a smile and a towel. Her smoldering sexuality instigates Walter Neff’s decision to do whatever it takes to free Phyllis Dietrichson from her boring husband. Film censors had their way in the 1940s. A man or woman who commits adultery will get theirs in the end. Even though we can predict the ending, what holds the film together is the sleuth, the ethical, claims adjuster and friend to Neff, Barton Keyes.

This is the thrilling part of the film. As the narrator and protagonist (?) of the story, Walter Neff’s repentance at the beginning of the film and the unraveling of the story has you admiring his cleverness while forgiving him his mistake. It has you scrutinizing every gesture, every word Phyllis makes. Every “I love you, baby” seems sincere. Is Neff an unreliable narrator? As the story unfolds, do you believe him? After enough plot twists and the depth of descent of Phyllis’s manipulation, you realize you’ve been duped just like Walter Neff. 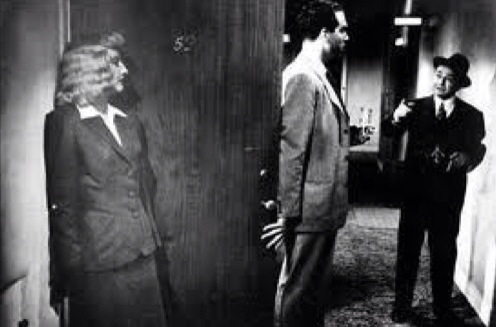 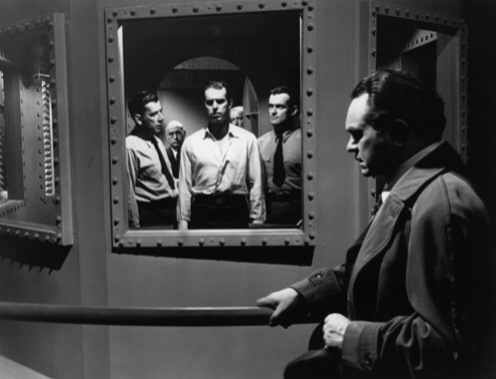 While one tries to understand these two lovers, there is Barton Keyes, figuring out the mystery while discussing it to Neff at work. If Neff can devise a plan to make the murder of her husband appear as an accident, it will trigger the “double indemnity” clause and pay out twice the policy’s face value. Neff has his jaw set and tries to stay calm. Part of you wants Barton Keyes to figure it out while another part of you hopes the lovers get away. The audience experiences a trifecta of see-sawing of emotions. It’s good old-fashioned dramatic irony and why the film is great.

Maybe you haven’t seen this outstanding classic? Here’s a trailer for you: