Today’s IMDB Top 250 Guest Review comes from Zoe of The Sporadic Chronicles Of A Beginner Blogger. Zoe has already reviewed The Departed (HERE) and The Green Mile (HERE) and Big Fish (HERE). Now, as if all those reviews weren’t enough, Zoe was the first person brave enough to choose to review The Godfather I & II (stay tuned for her review of The Godfather: Part II at this same time next Tuesday). Thanks so much for being such a big part of this project, Zoe! 🙂 Now let’s hear her thoughts on The Godfather, IMDB rank 2 out of 250.

Alright, so this is going to be quite the post here. I took The Godfather movies because I was horrified to see it just languishing there on Table 9 Mutant’s IMDB Top 250 challenge… alone and untaken. How could this possibly be?! This is one of the greatest film sets ever! Alright, Part III might be a little sketchy and all that, but Part I and Part II are just… wow. Naturally, there are the heathens out there that will slam it, which I just find heartbreaking (though I still love you Eric, don’t ever forget that…). I am one of those people, like a good war movie I love a good mob flick. 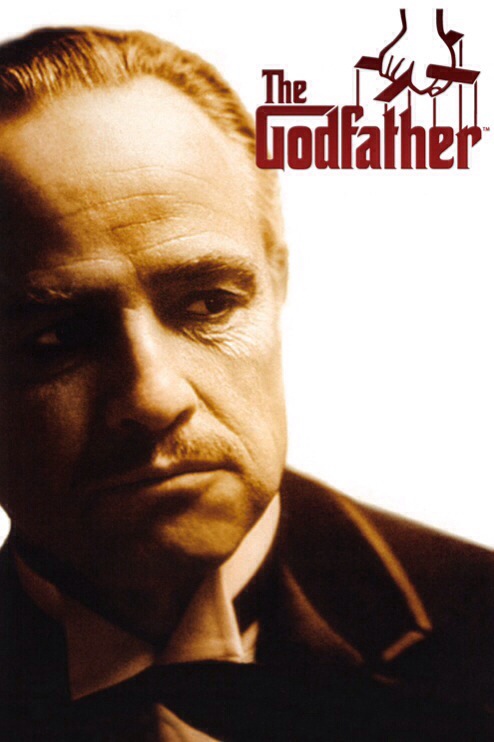 “There is more money potential in narcotics than anything else we’re looking at now. If we don’t get into it, somebody else will, maybe one of the Five Families, maybe all of them. And with the money they earn they’ll be able to buy more police and political power. Then they come after us.” – Tom Hagen

Synopsis: The story begins as “Don” Vito Corleone, the head of a New York Mafia “family”, oversees his daughter’s wedding with his wife Carmela. His beloved son Michael has just come home from the war, but does not intend to become part of his father’s business. Through Michael’s life the nature of the family business becomes clear. The business of the family is just like the head of the family, kind and benevolent to those who give respect, but given to ruthless violence whenever anything stands against the good of the family. Don Vito lives his life in the way of the old country, but times are changing and some don’t want to follow the old ways and look out for community and “family”. An up and coming rival of the Corleone family wants to start selling drugs in New York, and needs the Don’s influence to further his plan. The clash of the Don’s fading old world values and the new ways will demand a terrible price, especially from Michael, all for the sake of the family. – IMDB

This movie is just amazing. Something that you can really just wax lyrical about. This is certainly a fantastic mob movie, no two ways about it. I mean just to look at how old this film is, for starters, you cannot help but appreciate how particularly stunning this is, how well it is put together, the actors, the camerawork, the story, the music… everything. But we shall gush about that all as this progresses.

This movie was a piece of pure genius. Marlon Brando was an amazing Vito Corleone… he was certainly not someone I would have messed with, at any rate. The movie progressed at a gradual pace, but it was never boring. From the beginning you know that Michael Corleone (Al Pacino) is definitely the Don’s favoured son, though he has three as well as one that Sonny (James Caan) brought in at a young age and is regarded as equal to his blood sons, and a daughter, Connie (Talia Shire), who has just gotten married to Carlo Rizzi (Gianni Russo). Vito Corleone is a powerful man, and such is evident at his daughter’s wedding. Michael arrives at Connie’s wedding dressed in his Marine Corps uniform and his girlfriend, Kay Adams (Diane Keaton) at his side. It is evident from the off that Michael is not like the rest of his Corleone brothers, though he is favoured by his father. 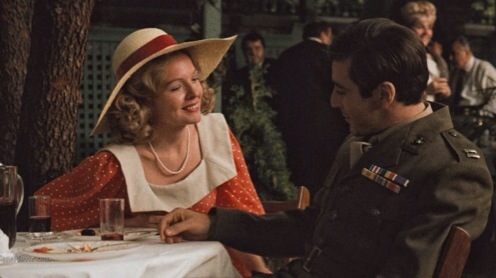 “My father is no different than any powerful man, any man with power, like a president or senator.” – Michael Corleone

A drug baron called Sollozzo (Al Lettieri) rolls into town and wishes to go into business with some of the families, and Vito is approached by a rivalling family, the Tattaglias, to take the deal. Vito, however, is not in for the drug trade, though it seems Sonny is. Tom Hagen (Robert Duvall), considered the up and coming family consigliere, brought up with the Corleone boys as one of them, advises Vito that taking the deal is the one was to keep the family in power, and not having it usurped over the years. Naturally, this is where the whole movie finally catches. An attempt is made on Vito’s life, and he is left for dead. The Corleone family bands together and Sonny heads it up in the meantime. Michael gets wind of his father’s predicament, and soon his life changes. 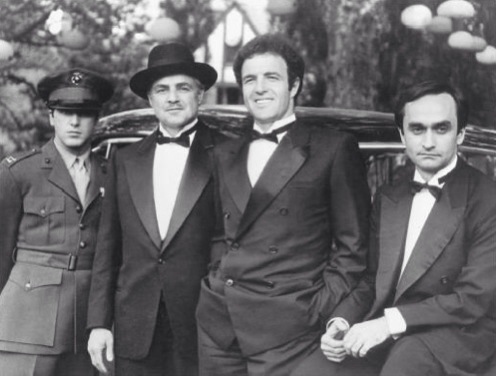 Watching the change in Michael is astounding. He starts off as reluctant, wary and insistent that he is not like his family, but when push comes to shove it is evident that the Corleone tendencies are well and truly there. Full scale crime family war breaks out, and it seems no one is safe. There is so much that is going on, so much traitorous betrayal and attempts to do one another in to protect themselves, but the Corleone brothers still stand. Michael gradually becomes harder, tougher and less forgiving, ultimately making the choice and assassinating the police chief and Sollozzo, taking cover in Sicily while things come right. Vito is not dead, but it seems that the family structure has changed drastically.

Michael’s isolation changes him even more, and he takes a wife while over in Sicily, though it becomes evident that it will not be safe for him there for much longer. While he is away, he needs to deal with the fact that his brother, Sonny, is killed, and he in enraged. Due to Sonny’s assassination, Vito decides enough is enough. Too many people are dying at one another’s hands in an attempt to even the scales, and it must come to a close. It thrilled me to watch how pacts and truces were made, how the hierarchy fit together, how people understood their place and abided by it, not questioning too much. It amazed me to see the power that some of these people have. It is astounding to me that although you know what rackets the Corleone family is involved in, it is never thrown onto the screen, never made something that takes over the story. Primarily this movie depicts the familial ties, the organisation and the loyalty, keeping focus on it and demanding your attention. 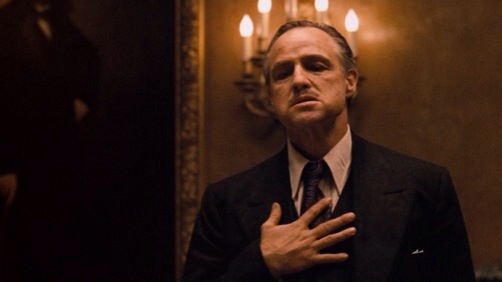 “You talk about vengeance. Is vengeance going to bring your son back to you? Or my boy to me?” – Don Corleone

The Godfather also touts one of the best cast ensembles in ages, and cannot be faulted for it. I was doing some extra reading and was so shocked to see exactly how much drama there was involved of the making of this movie, how Paramount fought Coppola almost every damn step of the way on casting, decisions, attempts to have him fired, the whole shebang. They were adamant about not having Marlon Brando in there (who *cough cough* won a damned Oscar for his performance, although he declined it) as well as not wanting Al Pacino… I was like what?! Imagine Paramount had gotten as much say as they wanted… The Godfather is one of the most influential films of all time, and should be appreciated for what it is: a piece of genius.

“Only don’t tell me you’re innocent. Because it insults my intelligence and makes me very angry.” – Michael Corleone

I loved everything this film brought to us. This film was an excellent piece on the mob, not highlighting it as something evil and disgusting and something that should be taken down, but telling the story from the inside, which was fantastic. I loved how authentic everything was, how Italian, there are infinitely quotable lines from it, the camera work was fantastic, the score complemented every minute of it and the cast rounded it off perfectly. I still feel I haven’t done this film justice, but I just don’t know anymore. You are riveted for 175 minutes; there are no two ways about it.