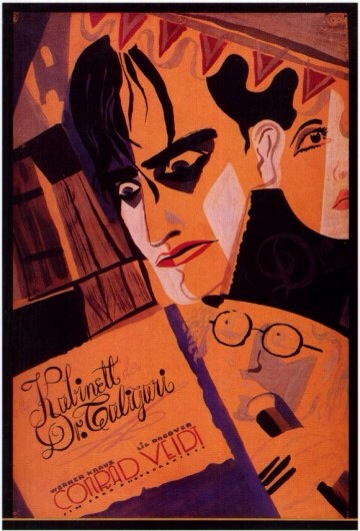 Plot Synopsis: (via Wikipedia)
The Cabinet of Dr Caligari is a 1920 German silent horror film. The story centers around Dr Caligari and his somnambulist Cesare, whom the doctor keeps asleep in a coffin-like cabinet and controls hypnotically. 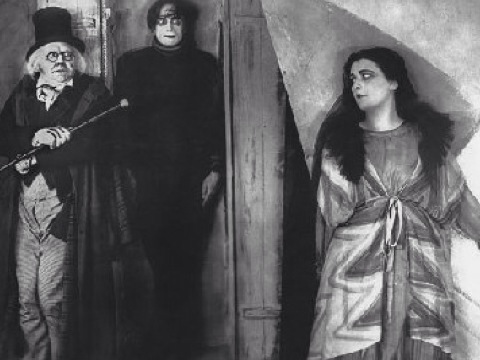 Well. This movie is pretty freaking awesome. I’m so glad I finally watched it and would highly recommend it to all horror movie fans to see a silent movie from 1920 that kicks the ARSE of most modern day films. 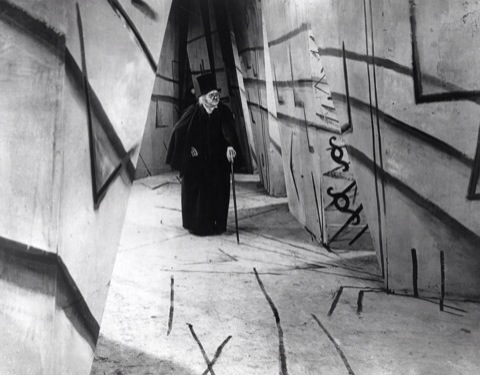 You can read lots of excellent reviews of this film elsewhere. I don’t have the knowledge to discuss German Expressionism or silent film, really, as I haven’t explored much beyond Charlie Chaplin. For my Halloween Horror Fest last year, I watched another silent horror (Nosferatu – review HERE). I’ll compare the two as they’re of the same time period and genre. 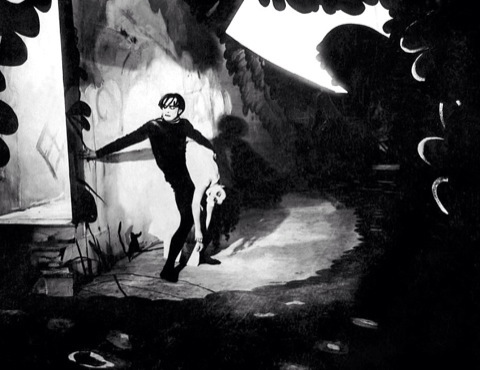 Both these films rightly deserve their status as horror classics. I can’t quite decide which one I liked more. I think The Cabinet Of Dr Caligari is better in many ways. It has a great story that works just as well today and doesn’t feel “dated”. Plus… My god I loved those sets! (I guess they’d be that “German Expressionism” style I won’t pretend I know much of anything about). The look of a film is very important to me and, although I may know next to nothing about art, I know what I like the look of and I LOVED the style of this film. I’m assuming Tim Burton is a huge fan of this film. The somnambulist is an awesome cross between Edward Scissorhands and Robert Smith (of The Cure, Cara). 😉 Check him out! 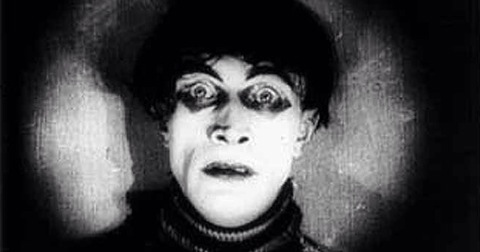 Should I pretend I didn’t have to look up the word “somnambulist” when I watched this? Okay, I had to – it’s a sleepwalker. Dr Caligari goes around “displaying” his somnambulist at carnivals, who can tell people their futures whenever Caligari awakens him from his slumber. I won’t say any more so as to not ruin the story for those who may want to watch this but the story feels very ahead of its time, especially the ending. I didn’t realize how much modern horror films owe to The Cabinet Of Dr Caligari. 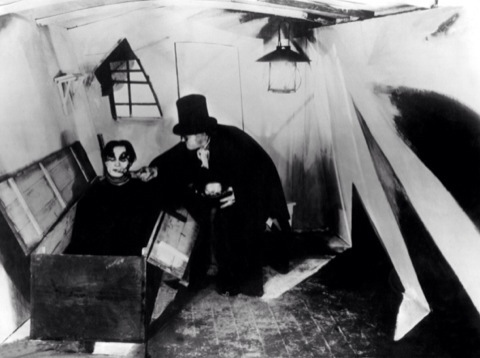 As for the “horror”, I’d have to say The Cabinet Of Dr Caligari is really not going to be very scary or creepy to anyone watching this today. I’m sure this wasn’t the case at the time but Nosferatu certainly has the edge on it now when it comes to the “creepy factor”. Nosferatu has SUCH an iconic look that I think most everyone immediately knows if the name is mentioned. I have to admit I’d not seen any of the images from The Cabinet Of Dr Caligari before watching it whereas I’d seen plenty of Nosferatu. Caligari is more “arty” and the look and story feel very modern for its time while Nosferatu is a much more old-fashioned take on the timeless vampire tale. They feel years apart yet Nosferatu was actually two years after Caligari. I loved them both in different ways but, if you go for a more classic horror story, you may prefer Nosferatu. It feels more like a “horror” film overall than Caligari does. 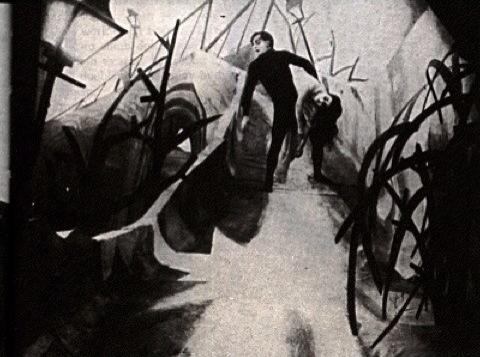 Whether you’re a fan of horror or just a fan of “film” (as in, like, not just the stuff made by Michael Bay which will be the case amongst movie bloggers anyway I’m sure), you should really give The Cabinet Of Dr Caligari a watch. Nosferatu as well! They’re true classics in both the silent film and horror movie genre but they’re also both very different. I’d be interested to know which one more people prefer. If you’ve never watched a silent film before, though, I’d definitely say to go with Caligari first as it looks and feels like it was made years later than Nosferatu and is an “easier” film to watch. 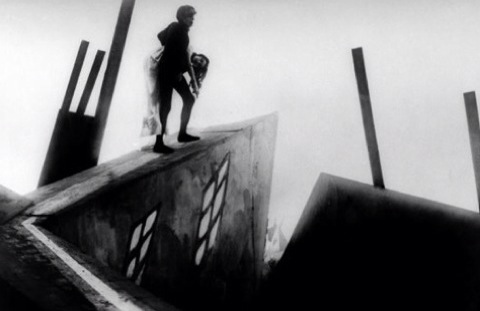