Plot Synopsis: (via IMDB)
In the 1980s, college student Samantha Hughes takes a strange babysitting job that coincides with a full lunar eclipse. She slowly realizes her clients harbor a terrifying secret; they plan to use her in a satanic ritual.

Last October I watched my first Ti West movie for my Halloween Horror Fest (The Innkeepers – review HERE) and actually quite liked it so I’ve been meaning to check out The House Of The Devil ever since then. Hmm. I’ll say it’s very obvious it’s from the same director. I’m still not sure how I feel about Ti West but, based on the little I’ve seen, he clearly likes to use the same sort of template for his films. I was thinking about checking out his movie The Sacrament soon as well but was expecting it to be another movie where NOTHING happens for the first hour or so and then suddenly all hell breaks loose in the last 20 to 30 minutes (and Cara has just confirmed that this is indeed the case once again in her review of The Sacrament HERE). I like his style for the most part so far but can totally understand why a lot of people hate his movies. Be aware that if you watch The House Of The Devil it’s veeeeeeeery slow until, yes, all hell breaks loose in the final 20 minutes or so. Exactly like The Innkeepers. 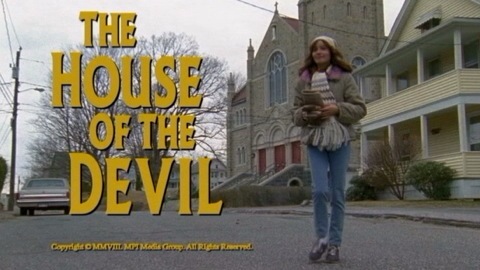 I’m struggling to think of what to say about this one and am still not completely sure how I feel about it. There were certain things I loved, like the opening credits in the photo above and the look & mood of the film and, of course, how it’s set in my beloved 1980s. My favorite scene is when the main girl, played by Jocelin Donahue, puts on her walkman and dances around to The Fixx (One Thing Leads To Another! Remember that song?? I’m so old…). Oh yeah – and the house is a pretty cool looking creepy old house as well. 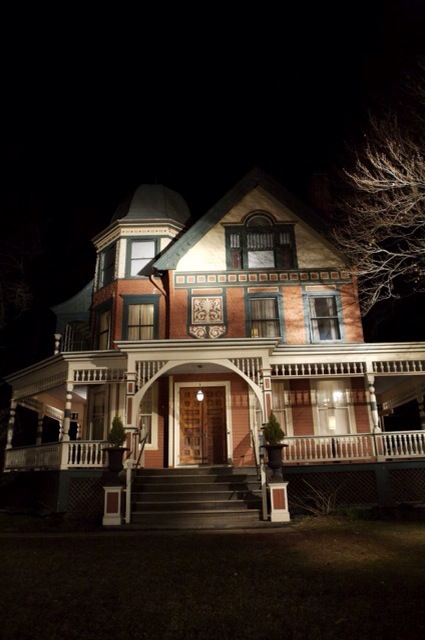 Dee Wallace has a small role, which is cool for us old horror fans. Also, Mary Woronov is in this who I was shocked to realize was the scientist in the underrated Night Of The Comet (which I recently reviewed HERE). Here she is – I can’t say I recognized her: 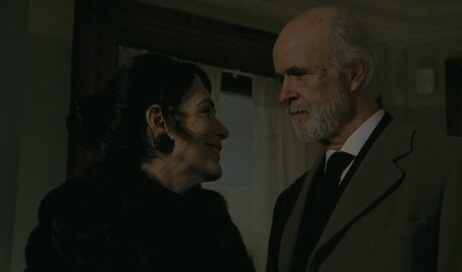 I also really did like the main girl and thought she had the perfect look for this movie – it felt like West was going for a Margot Kidder/70’s actress type of look which helped to set the “Suspiria” mood, which I think he was also going for. I like and appreciate that as all my favorite horror films are from the 70’s & 80’s but, if I want to watch Suspiria, I’ll just watch that instead of a modern day copy. 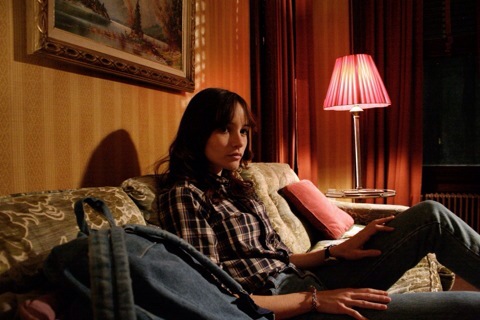 This is sounding a bit too negative. I was almost sort of loving this movie, actually, until the end. With The Innkeepers, I was a little bored until the final half hour which I thought was really good and saved the movie. I often complain that horror movies rarely know how to end but I found the ending of The Innkeepers pretty satisfying. However, the opposite is true of The House Of The Devil. I REALLY wanted to love it and things were going well as I was actually thoroughly enjoying that “Ti West thing where nothing happens for the first hour” but then the ending just didn’t quite work for me. This was pretty disappointing as I think I’d be raving about this movie if I’d been happy with the ending. I of course won’t spoil it so can’t go into what I didn’t like (there was only really one specific thing). Let’s just say I wish he’d kept it a little more simple and “classic”. And, although the absolute final scene didn’t bother me, I’m sure a lot of people hated it.

I think what I’m trying to say in a really long-winded way is this: I liked this movie (despite my negative-sounding review) but can totally understand why it’s not for everyone. I doubt anyone will go read my Innkeepers review now but I was much more positive in that one. However, although I think The Innkeepers is more “accessible” and is the one I’d be far more likely to recommend to people without worrying that they’d hate me for recommending it, I actually think The House Of The Devil is the better film of the two. Does that make sense?? That may be why I sound so disappointed. I think this movie had a lot of potential and I’d like to see a Ti West movie I can truly say I loved from start to finish. Maybe someday. This was so close at first…