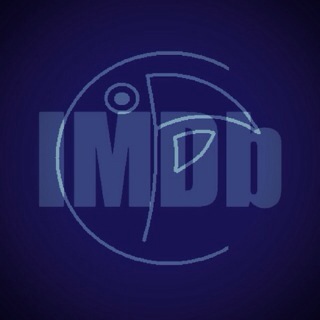 Today’s IMDB Top 250 Guest Review comes from Zoe of The Sporadic Chronicles Of A Beginner Blogger. She’s already reviewed The Godfather: Part I (HERE) and Part II (HERE) as well as The Departed (HERE) and The Green Mile (HERE) and Big Fish (HERE) and Snatch (HERE) and Dial M For Murder (HERE). Thanks once again for all the reviews, Zoe! 🙂 Now let’s see what she has to say about Forrest Gump, IMDB rank 19 out of 250.

When Forrest Gump was still lingering on Miss Mutant’s IMDB Top 250 list of films that had yet to be picked, I thought it was a disgrace! I am a massive fan of Forrest Gump. As you (might) know, I watch it every year around Christmas time, and while I do not watch regular television, God forbid I sit down somewhere and Forrest is on, no matter where in the film. It means that I will be glued to my seat for the remainder of the film. I love it. Well, today I am going to talk about why I love Forrest Gump so much.

“Do you ever dream, Forrest, about who you’re gonna be?” – Jenny Curran

SYNOPSIS: A man with a low I.Q. has accomplished great things in his life and been present during significant historic events – in each case, far exceeding what anyone imagined he could do. Yet, despite all the things he has attained, his one true love eludes him. – via IMDB

I enjoy Hanks’s work, I really do. I think he is really good at what he does. His portrayal of Forrest is also one of my favourite roles of his of all time; he just nailed every aspect of Forrest. He is sweet, adorable; deeper than you would expect of him, loyal and pretty brave… or maybe that is just because stupid is as stupid does J Forrest is endearing, and had some wicked cool moments (the way he narrowed his eyes after insisting Jenny go home to Greenbow, Alabama, his overprotectiveness of Jenny, his love for his mom, his knowledge that he isn’t the brightest man in the world, his innocence, wonderful I tell you).

The story set before you is a wonderful journey that you undertake with good old Forrest, Hanks truly making him shine, someone we can almost relate to. As fantastical as the tales are that he shares with us, he is so humble and plain and honest you cannot help but get roped into it all. Everything is possible when Forrest is around. Robin Wright’s depiction of Jenny was great, though she was not necessarily a likable character all the time, you could totally understand why Forrest would be in love with her. She was nice to him throughout, and understood he wasn’t always the sharpest tool of the shed, but loved him in her own way anyway.

I thought the friendship between Bubba and Forrest was awesome. They were so alike in so many ways, they did nothing but complement each other. Forrest Gump travels through some major conflicts in the United States, some big and iconic events, and somehow Forrest has a hand in them somewhere, or an appearance, and I enjoyed how they managed to pull it off, it was really nice. Also, the way Forrest seemed to have influenced many big things in history was exceptionally amusing for me too. Something that you also see a lot of in the film is assassinations – damn, America, you guys didn’t want a lot of people out there! I liked that it was so steeped in history, giving us markers throughout the film.

Lieutenant Dan was also a character that grows on you, he is a bean son of a bitch, but he is pretty important to it all. There are also some truly heartrending moments throughout the film. Forrest Gump effortlessly manages to balance comedy and drama throughout the film, but when things get heavy, they get really heavy. I am just thinking of the things that Jenny in specific put Forrest through, and how that all worked out at the end. What a sweet, touching, amusing film!

Forrest Gump also had the best soundtrack, I absolutely adored it. Not to mention the fact that each and every song was used perfectly and fit for each and every scene, it stays with you. There are some tremendous songs on there, truly rounding out the flick superbly. I relish how infinitely quotable this movie is, and how it never gets old.

Wow, there is so much more to Forrest Gump than I can even mention, just know that it is a wonderful movie and a much watch. I know that there is (I simply cannot understand this) a pretty large group of haters out there over this, but even after all these years, I am still an admirer of it. That’s all I have to say about that.