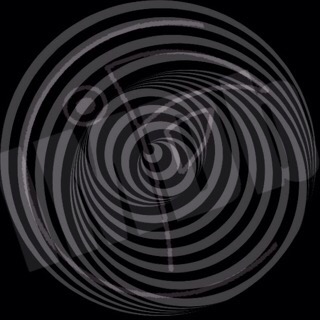 Today’s IMDB Top 250 Guest Review comes from James of Back To The Viewer. Thanks for the review, James! 🙂 Now let’s see what he has to say about Vertigo, IMDB rank 48 out of 250. 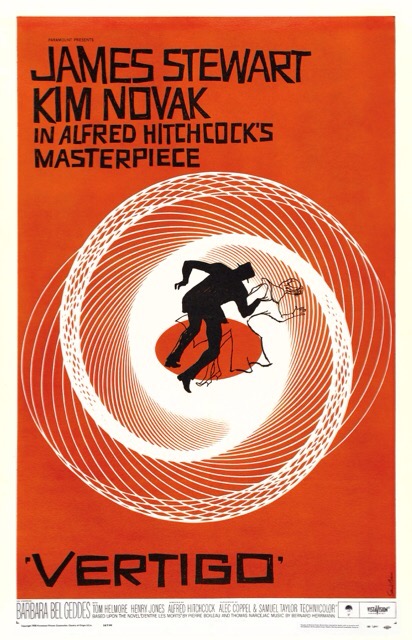 When I volunteered to take on Alfred Hitchcock’s Vertigo for ‘Cinema Parrot Disco’s ‘IMDB Top 250 Challenge’ I was hoping to have a better experience compared to my first viewing. I was willing to give it a second chance after my first experience consisted of yawns and animosity but it wasn’t to be. Usually one to see the good in almost everything I seriously struggled with this one but here goes.

Before I get into the nitty gritty of Alfred Hitchcock’s ability to navigate his way around the human psyche I’d like to start off by addressing the BFI’s decision to adorn Vertigo with top honours on the ’50 Greatest Films of All Time’ list in ‘Sight and Sound’ back in 2012. Sparking an incessant debate two camps emerged. Firstly, those who agreed with the decision, or were at least impartial. Secondly, those Kanites who, through an act of self-excommunication, refused to allow their holy grail in the form of one Citizen Kane to be associated with anything lower than top spot. Refusing to align with the critics’ choice a fierce debate ensued which thankfully has died down since. What worries me here is the day Vertigo falls from grace. Will it come quietly or will it put up a fight grappling with the bell tower banister drenched in sweat, fearful of the dizzying descent leaving in its wake a tainted throne for the successor? Naturally what Hitchcock’s Mystery Romance boils down to is not a detective story but an allegory of his own directorial style. Hardly a revelation in the film studies world but ever a significant point. However, little attention is paid to the subtleties that hide in plain sight. The past plays such an important role in Vertigo right up to the closing shots that it begs to wonder whether Hitchcock knew with some prescience of mind that his 45th feature was going to leave such a lasting and debatable impression on cinema culture.

On at least three occassions are the words ‘power’ and ‘freedom’ used in the same sentence. First by Gavin Elster when he recruits John ‘Scottie’ Ferguson to follow his wife, he mutters in reference to San Francisco’s colourful past “I’d liked to have lived here then. The colour and excitement…the power…the freedom.” But despite the colour Hitchcock employs, Vertigo makes for a dark mystery overtly presented in the second instance by the book shop owner and historian Pop Liebel. Also in reference to San Francisco’s past but specifically the dominant patriarchal society, “They had the power… and the freedom,” spoken as the room is gradually, masterfully consumed by darkness. Lastly, spoken by Scottie himself “the freedom and the power.” This last one has been sidetracked slightly through fear of revealing too much but the words stand alone and stand out, to me at least. Perhaps from my History education, or perhaps more likely from my curiosity. Why would Hitchcock make this point consistently throughout? Bringing it back to the earlier point that Vertigo is more about film direction then it could refer to the power and the freedom Directors enjoy in their choices and decisions. It’s no secret that Hitchcock had a very specific vision for his leading ladies and the efficacy with which he pulled it off is inarguably sublime, Kim Novak is just that.

Delivering a complex performance to say the least as Madelaine, Gavin Elster’s wife to whom Scottie is assigned, Novak moves effortlessly between the lines of vulnerable alluring damsel to tragic innocent caught in a web of deceit. James Stewart puts in a solid performance as Scottie and with Hitchcock at the helm it would have been rude to expect anything less. Outside players such as Midge, Scottie’s adoring friend, can only watch helplessly as he falls deeper and deeper into a spiral of psychological acrophobia mixed with a healthy dose of curiosity, passion, and obsession.

The reason Scottie is hired to follow Madelaine on her day to day travels is revealed by Elster during their first conversation on the matter. Elster informs Scottie that Madelaine of late tends to leave this world for another, her eyes cloud over and she is somewhere else. Eventually coming to and having no recollection of her whereabouts. Enough to fuel Scottie’s intrigue he tentatively agrees to report on Madelaine’s activities. In a warped plot that seems as ludicrous to us as it does to Scottie Elster believes his wife has become possessed by the ghost of Carlotta Valdes. Tragically befalling to her own maddening sickness Valdes committed suicide at the age of 26. Madelaine is 26 hence Elster’s apprehension over her mysterious activity. However, the relationship between Carlotta and Madelaine forged by Hitchcock seems strained and forced whereas the symbolic relationship between Carlotta and Scottie burgeons throughout, initially unnoticed but retrospectively significant.

What Hitchcock has produced with Vertigo is a timeless tragedy perpetually spiraling, perplexing, and intriguing viewers. My first viewing of Vertigo was tainted by the anticipation of a gripping masterpiece. I left feeling a little unsatisfied and bemused, much like the original audiences upon its release way back in 1958. Despite what others have said in retrospect Vertigo will unfortunately never take the crown in my top 10 and the same can be said when put up against Hitchcock’s other features. North by Northwest and Rear Window do it for me, sorry Alfred. Given the resurgence of critical attention since its original re-evaluation in the 60s and even more so since 2012 with ‘Sight and Sound’s controversial decision my reaction to Vertigo remains unimpressed. It has some defining features, the iconic nightmare scene, psychedelic title sequence and the famous film making technique, dolly out-zoom in, but for all this auteuric style Hitchcock subdued his thrilling archetypes for the sake of a farfetched mystery that just doesn’t cut the mustard. Having said that I’m not one to discredit Hitchcock’s mastery behind the camera and these rare moments have warranted Vertigo a better rating than I care to get across in my review.

It was Worth my time to give Vertigo a second chance, and who knows perhaps with time it will grow on me. But that says it all really, if the greatest film of all time doesn’t do enough to impress me after two viewings then I’m going to need some of Scottie’s medicinal Brandy if it ever comes to a third.