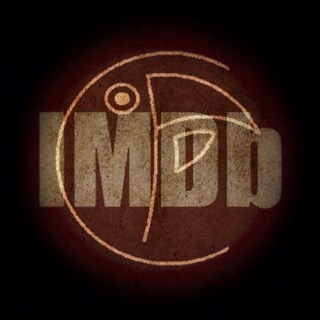 Today’s IMDB Top 250 Guest Review comes from Natalie of Writer Loves Movies. Thanks for the review, Natalie! 🙂 Now let’s see what she has to say about The Pianist, IMDB rank 49 out of 250… 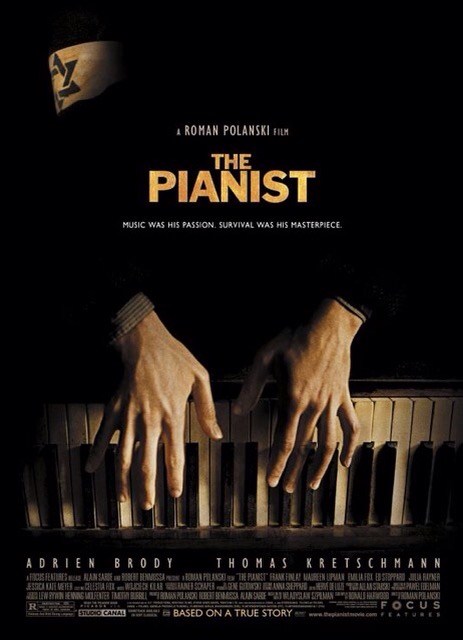 Arriving in cinemas just nine years after Steven Spielberg’s Schindler’s List, Roman Polanski’s Holocaust drama The Pianist had a lot to live up to.

Spielberg’s film is a sweeping historical epic but Polanski takes a different approach, narrowing his focus on Polish Jewish musician Wladyslaw Szpilman (Adrien Brody). The Pianist is based on Szpilman’s real life experiences during the German occupation of Poland and takes in the first days of the Warsaw ghetto, the ghetto uprising and the subsequent Warsaw uprising made by the wider Polish resistance against the Nazis in 1944. It’s powerful subject matter handled effectively by screenwriter Ronald Harwood (Australia, The Diving Bell & The Butterfly), who took home an Oscar for Best Adapted Screenplay.

Where the plight of the Jewish people can be observed in the background of Spielberg’s Schindler’s List which is centred primarily on German industrialist Oskar Schindler and concentration camp commander Amon Goeth, Polanski’s The Pianist is told directly from a Jewish perspective. It’s a huge risk, but one that pays off, enabling Polanski to take us into the very centre of the Jewish ghetto.

Polanski excels in attention to detail. Szpilman’s family and friends are the film’s main emphasis but every aspect of The Pianist’s mise-en-scene delivers the ghetto’s difficult politics and its impact on the masses forced to live there. Emaciated people scrabble for crumbs of food and corpses lie in the street virtually unnoticed: death is a familiar sight. Remarkably, these abhorrent visual details echo those described by first-hand witnesses in Claude Lanzmann’s landmark holocaust documentary, Shoah.

The dividing ghetto wall is, itself, a recurring point of focus. Polanski’s stark camera lingers on it, giving us space to reflect on its significance. Within the wall’s confines the scenes are claustrophobic. Polanski makes frequent use of the ghetto crossing (the Warsaw ghetto was divided by a main German thoroughfare), as another strong visual indicator of the segregation. Waiting in line to cross from one half of the ghetto into the other, Jewish humiliation is compounded by Nazi goading and belittlement. Much of The Pianist is centred on these simple means of degradation, observed and endured by Szpilman whose entire family share a single caramel while awaiting deportation: a symbol of their rapidly encroaching hunger and malnutrition.

Clearance of the Warsaw ghetto (deportations to the Treblinka concentration camp of which the audience but not the film’s characters are well aware) marks a division in The Pianist. From here, the pace slows and the film’s focus shifts away from Jewish persecution to the impact of war on wider Poland. The ghetto uprising is viewed from the windows of a nearby apartment, shortly followed by the Warsaw uprising. This second half of Polanski’s film hones in on Wladyslaw Szpilman’s struggle to stay alive in the increasingly devastated country. Adrien Brody manages this portion of the film almost single-handedly, observing the crippling war while searching for food and shelter. Unsurprisingly, Brody took home an Oscar for his performance here, beating Jack Nicholson (About Schmidt) and Daniel Day-Lewis (Gangs Of New York).

Why you should see it: Polanski’s The Pianist unites a muscular character study and compassionate portrayal of the human spirit with an intricate study of the politics of the Warsaw ghetto and the city’s wider uprising. While it lacks the historical scope of Spielberg’s Schindler’s List, The Pianist offers audiences a more intimate viewing experience that should not be overlooked.