Okay, it doesn’t REALLY annoy me all that much – there are bigger things in life to worry about. 😉 But I did think it would make a fun top ten list! Like last week, though, I’m going to be annoying & make this a Top 20 (there were too many!). Feel free to add any you think of – I admit that with this list I’ve only looked through what’s on my iPod so there will be loads of songs I’ve not thought of or not mentioned.

So here are My Top Twenty Songs Where The Title Isn’t In The Lyrics (ranked roughly according to how much I like the song – I don’t think the order is important with this one): 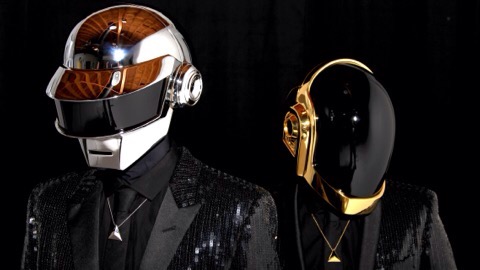 I adore John Lydon & this Public Image Ltd song, which is used prominently in the shower scene in Hardware. Yes! I’ve managed to once again mention the movie Hardware on my blog! Anyway, it’s an awesome song title even if it’s not said – most of the titles in this list are better than my “Should Be” titles.

Such a fun song! It’s apparently named Song 2 because it’s two minutes long plus I think it was also the second song on the album? I sometimes play it when timing my kid’s toothbrushing (because kids are meant to brush for two full minutes, right?). Well, it’s a fun way to brush teeth!

8. The Police – Synchronicity II
Should Be: Not sure – maybe “Many Miles Away”

I used to really be into song lyrics as a teen/early twentysomething – you know, the age when you have time to waste on that kind of shit. But I never looked into the lyrics to this one at all until now. Pretty deep stuff with this one! And pretty bleak. This is quite possibly my very favorite song by The Police, who I don’t think really got the credit they deserved. An excellent band & I think I now like this song even more after reading the lyrics but I have to say I still don’t understand the title. I’m too old to think about these things.

7. TIE: Gorillaz – Dirty Harry & Clint Eastwood
Should Be: I Need A Gun & Sunshine In A Bag

I love Gorillaz!!! Do any Americans here know their songs? I think they were far bigger in the UK. I’m actually reading Tank Girl at the moment because it was created by the same guy (Jamie Hewlett) who created this “cartoon band” (one member of the band being adorable Damon Albarn from that picture of Blur I posted for Song 2). These are my two favorite songs of theirs & it made sense to put “Clint Eastwood” & “Dirty Harry” together for this post. The titles are cool. The look of the band is cool. The songs are cool. They should be even bigger than they are!

6. Grandmaster Flash And The Furious Five – The Message
Should Be: Don’t Push Me 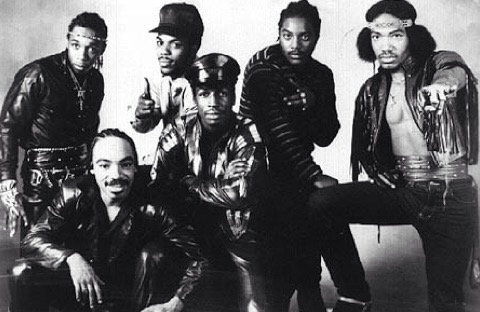 Seriously. Don’t push me. I’m close to the EDGE!

5. The Who – Baba O’Riley
Should Be: Teenage Wasteland 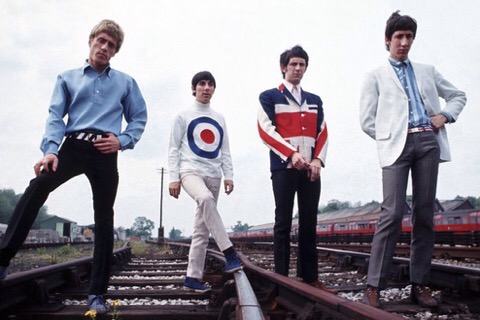 I’ve not researched all of these songs but did of course look into this one. Here’s a bit about it from Genius.com:

Initially part of an idea (later thrown aside) of a follow up rock opera — Lifehouse — to Tommy, Pete Townshend wrote it after his experience at Woodstock. The name of the song is a combination of Meher Baba – an Indian guru that kept silent from 1935 until his death in 1969 who inspired Townshend spiritually, and Terry Riley — a musician and classical composer that also inspired him.

There’s actually a lot more to it if you want to read about it at Wikipedia – it’s an interesting read. But whatever the reason for the title, it’s a damn good song.

4. The Cure – Lullaby
Should Be: The Spiderman 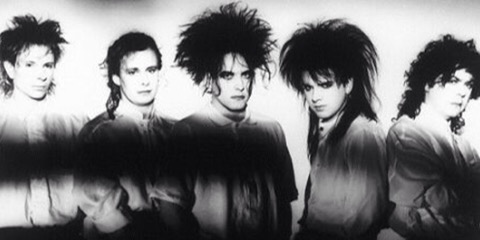 I just really really like this song. 😉 Love The Cure.

Well, okay – I assume this title is a play on words after 2001: A Space Odyssey. I looked this one up too. Turns out this song is actually about alienation. I thought it was about a guy going into space! I’m so damn literal. This song has now gone up even more in my estimation. And I already loved it like crazy before. Because: Bowie. 🙂

2. Black Sabbath – Paranoid
Should Be: Not sure but any excuse to get Black Sabbath into a list… How about “I Am Frowning All The Time” 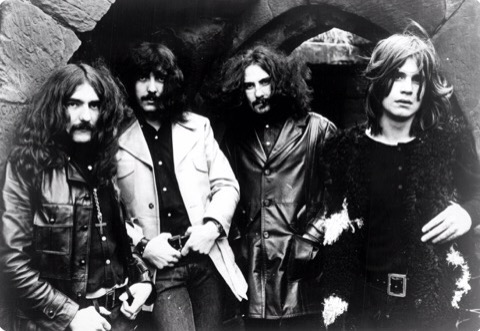 Black Sabbath have quite a few songs where the title isn’t in the lyrics (except Iron Man, of course). I almost used Black Sabbath but the word “black” is said, so – close enough! I do love the lyrics to Paranoid – you can tell that Sabbath come from dark, grey, dreary England… 😉

1. The Clash – Train In Vain
Should Be: Stand By Me

Okay – clearly The Clash couldn’t use Stand By Me as the Ben E. King song was such a huge hit. I’m thinking I like The Clash even more than I realized – this song also topped my list of My Top Ten Happy Songs. I love it! And Train In Vain is an excellent title even though I’m sure most people can’t name it.

Almost Mentions:
(I considered these but in looking up the lyrics, I ruled them out as at least one of the words was mentioned)
Harvey Danger – Flagpole Sitta
The Rolling Stones – Sympathy For The Devil
Black Sabbath – Black Sabbath
The Smiths – How Soon Is Now
Radiohead – Paranoid Android (how can I have not noticed that in this song, one of my absolute all-time favorite desert island tracks, there’s a voice saying the words paranoid & android in the background the whole time?!)