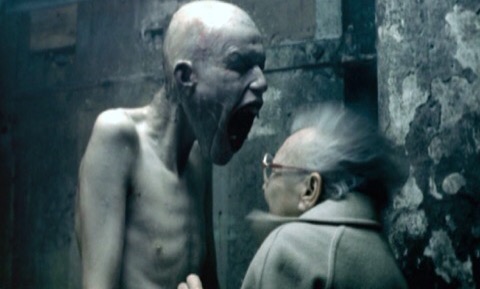 I’m vaguely aware of the MTV Video Music Awards having been on last weekend. Like MTV itself, remember the good old days when the VMAs didn’t suck ass?? I usually still watch the show (and bitch to hubby about how much it sucks – I’m so old!). But I haven’t watched last weekend’s. Hosted by Miley Cyrus? A world where Kim Kardashian could be the First Lady? I just don’t have the energy for it anymore. I’m all bitched-out. I feel so far removed from the “youth” of today. And that’s before we even get to the fact that the music & the videos are shit now!

Am I getting old, or have music videos become dull as shit since the days of Glazer, Walter Stern & Chris Cunningham? pic.twitter.com/7xTszjMMIl

Right on, Duncan! Hell, I was happy enough with the cheesy videos of the Eighties (things like last week’s video – Pat Benatar’s Love Is A Battlefield). That will always be my favorite era of MTV, of course, but I did love that period during the late 90s/early 2000s when people like Spike Jonze & Chris Cunningham came along & made truly artistic videos that were more like “mini-films”. I know we still get the occasional good video but they seem to be few & far between. 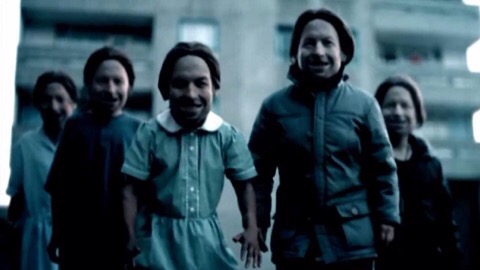 I love the videos from those mentioned in the above tweet (Jonathan Glazer, director of Under The Skin, made one of my very favorites: UNKLE’s Rabbit In Your Headlights) but I’ve been meaning to talk about Chris Cunningham one of these Fridays. I’m sure I’ll post other videos of his but wanted to start with those he did for Aphex Twin. 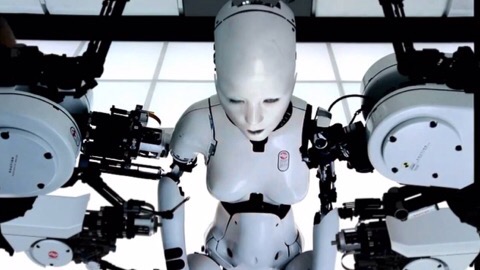 Cunningham is most famous for the amazing Björk video All Is Full Of Love and I think his video for Afrika Shox by Leftfield and Afrika Bambaataa is great. But I remember going “what the fuuuuuuuu%&k?” when I saw his video for Come To Daddy by Aphex Twin (Richard D. James). Come To Daddy was released in 1997 & I saw it on MTV but it was on a show where I think celebrities were talking about their favorite videos and this one was chosen & played (since by this point MTV was just TV shows instead of music videos). And I thought “Wow! What the hell was that? Why isn’t MTV playing this sort of thing all the time??” Then Cunningham topped it with the ultra weird 1999 video for Aphex Twin’s Windowlicker.

I’ve rambled on long enough & I’d assume everyone here has seen these videos by now. But, just in case you haven’t (Rob), I better put a WARNING: Not Safe For Kids! Both are very disturbing and Windowlicker has loads of swearing (according to Wikipedia, “There are 127 uses of profanity in the dialogue segment of the video (which is under 4 minutes), including 44 uses of the word fuck. This averages to more than one use of profanity every two seconds”). But, in searching for these, I discovered a short film by Cunningham that I somehow knew nothing about!!! And it makes these videos look like Disney cartoons. If you’re brave enough after watching these, click THIS LINK for his film Rubber Johnny (featuring, again, music from Aphex Twin). Now THAT is weird…

Enjoy! And Sweet Dreams. 😉 I know I won’t be having any of those since watching Rubber Johnny!