Plot Synopsis: (via Wikipedia)
A. J. Bowen and Joe Swanberg play journalists who document their co-worker’s (Kentucker Audley) attempt to locate his sister (Amy Seimetz) after she joins a reclusive religious commune. The film’s plot borrows heavily from the real life events of the Jonestown Massacre of 1978.

For some reason, it seems that it’s become a sort of tradition for me to review a Ti West movie on this blog every October. I hope he keeps making them so I have one to watch next year as well! No, wait – I actually don’t care as I can’t say I’ve exactly loved any of them. And, of the three I’ve seen, The Sacrament was my least favorite by far.

As I say every year, Ti West’s films are not to everyone’s taste. They’re sooooo slllllooooooowwwwwwww. It’s more about the mood & atmosphere that he creates, which is something that I appreciate in a horror film, and I think he did a good job with this in The Innkeepers and especially in The House Of The Devil. I actually liked both of those movies just fine, especially as far as horror goes since it’s not a genre I love due to there being so many bad ones made in the past 20 years. They’ll never be favorite films of mine or ones I’ll ever watch again but they’ve actually both gone up in my estimation since seeing them (especially The House Of The Devil). So, if you’re at all curious about his work, I suggest you start with those and not with The Sacrament. The level of “boring” was just far too high this time & with no decent payoff at the end, which at least the other two sort of managed.

The concept behind The Sacrament, a story about a mysterious cult similar to that responsible for the Jonestown Massacre of 1978, is decent enough. I mean, that’s an absolutely fascinating story. I just think watching a real documentary of that actual event would be far more interesting than watching this fictional documentary version of what’s pretty much the exact same story as far as I can tell. Oh! Yeah, this a “found footage” film – had I not mentioned that yet? Some of you are probably running away screaming right now – Ti West AND found footage! Well, I’ll be honest & say that found footage films really don’t bother me that much & I’ve even quite liked a few where I thought that gimmick worked well (Cloverfield & Chronicle). I guess it does work pretty well in The Sacrament but the whole movie just feels a bit pointless and feels like Ti West has run out of ideas so he’s just borrowing a real-life “horror” story. 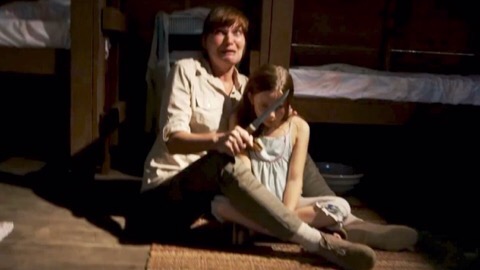 I’m making this movie sound a little worse than it is. I liked the three main characters (the two journalists & the friend who attempt to rescue the friend’s sister from the isolated commune). Ti West usually does an okay job making us like the main characters (I really liked the girl in The Innkeepers). At the very least, his characters are a little more developed than a lot of modern horror movie characters. I don’t understand horror movies with hateful characters – I want to like them & see them survive. I wanted these three to rescue the sister & escape (do they? maybe – I won’t say). Well, actually, the sister was a bit annoying… There were a lot of children so I found that upsetting as I didn’t want them to be harmed but, overall, I found this movie to be lacking in tension which is odd considering the suject matter. That just may be because it’s quite obvious how it’s all going to end.

The most unfortunate thing is that we don’t get a good look into those who are a part of the cult, though, and what would possess them to follow “Father”, the rather uncharismatic cult leader. That’s the more interesting story here and the one that I’m sure people find most puzzling about real-life cults. How are cult leaders able to convince a group of people to believe their crazy beliefs and to, well, take things so far? (I’m not automatically going to assume that everyone here knows about Jonestown). I was hoping for some sort of exploration of this subject but we really don’t get this at all. Oh, the sister joined as “Father” helped get her off drugs. Really? That’s it? That provides zero explanation for her actions in the movie. It’s just a shame as it’s one hell of a topic but it’s simply used just to make a horror movie & fill cinema seats. It could’ve been so much more but ended up rather shallow. I don’t know… It’s not a “bad” movie but feels a little odd as it actually IS a true story. And 1978 wasn’t really all that long ago, either, so the movie somewhat feels to be in slightly poor taste. 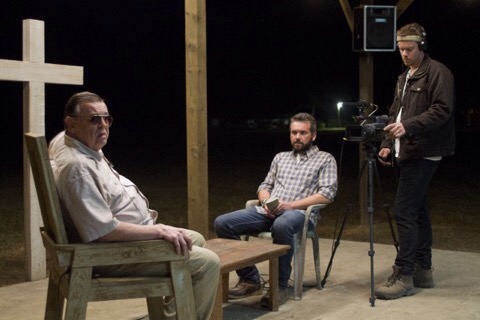 **The best thing about this movie was the use of the fantastic song Heartbeats by The Knife. Although its use felt out of place & was rather jarring… I think Ti West just really liked the song & decided he’d stick it into his next movie whether it fit or not! It’s a great song.