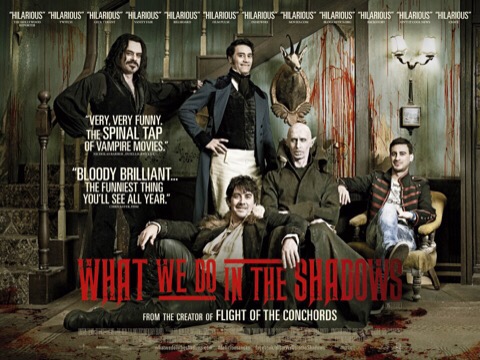 Plot Synopsis: (via IMDB)
Viago, Deacon, and Vladislav are vampires who are finding that modern life has them struggling with the mundane – like paying rent, keeping up with the chore wheel, trying to get into nightclubs, and overcoming flatmate conflicts. 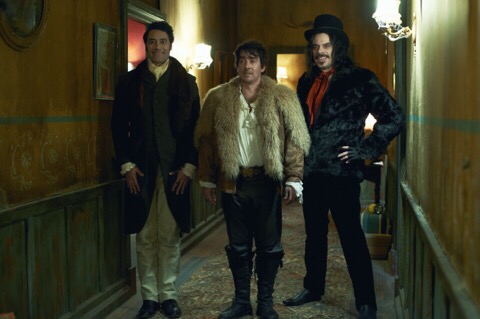 Finally! I finally saw this! I remember contemplating going into London to watch this last year as nowhere local to me was playing it. I hate that. Was it worth the wait? Yeah, it’s pretty damn funny. I liked it! Would it have been worth a journey into London just to watch it? Hmm… Not really. 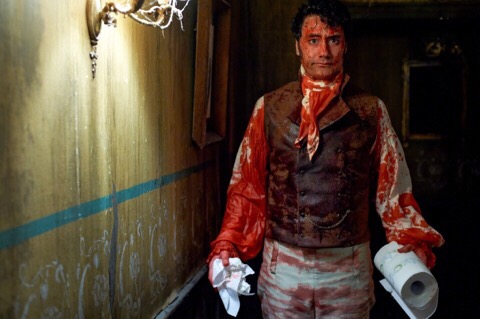 I don’t have a lot to say about this one, to be honest. It’s not that I didn’t enjoy it – it’s just that the quote up there on the poster,”The Spinal Tap of vampire movies“, is all that really needs to be said. It’s a mockumentary about a group of vampires with very different personalities (thanks in part to their vast age differences) who live together in a flat. There are some pretty clever jokes and I thought they did a good job covering a lot of aspects of modern day life that centuries-old vampires would struggle with. I mean, seriously – it’s gotta be hard to go out for a night on the town when you actually have to be invited into any of the bars & clubs you wish to visit. I far prefer these socially awkward vampire misfits to the cool & sexy Interview With The Vampire types. Or those Twilight twats! 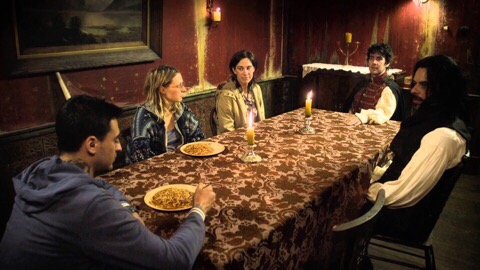 I’ve had a Flight Of The Conchords DVD collecting dust in my house for years. Well, it’s not been collecting dust as long as my too-expensive Lars Von Trier Riget DVD set… God I used to buy way too many DVDs that I never watched! Anyway, maybe I should dust off Flight Of The Conchords now? Did anyone here watch that show? Based on this movie, if the humor is similar since it’s from the same dude, I suppose I should finally check it out. What We Do In The Shadows is certainly not as funny as This Is Spinal Tap, though. No no no. No way! But no mockumentary will ever beat that one. This movie is my type of thing, though, and I say this too often lately but I do appreciate that movies like this still get made sometimes. They make up for all the utter shit out there! I wish more cinemas would give them a chance and I wouldn’t have to travel into London just to have the opportunity to see films that are remotely interesting or original. It’s also cool that the characters are so different in this that anyone watching the movie will probably have a favorite. I’m sure I’m not alone in liking Petyr the most. Gotta love that crazy Nosferatu-looking bastard! Even if he really doesn’t pull his weight as a flatmate. 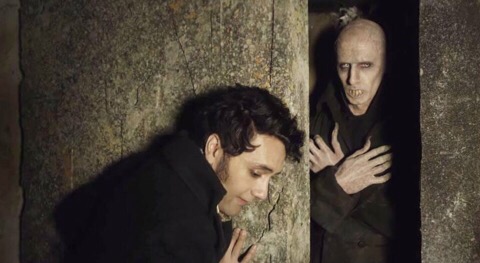 Umm… Shit. Yeah – like the poster says, this is really just the Spinal Tap of vampire movies. There you go! I realize this is a super short review but you can’t say it any better than that. You either like that sort of thing or you don’t. I do. And, yes, any movie that references The Lost Boys will earn bonus points with me. 😉 But will this movie make the obvious Top Ten I’ll be doing tomorrow (My Top Ten Horror Comedies)? You’ll just have to wait & see! 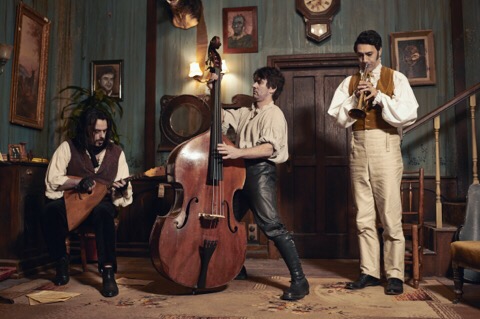