Today’s IMDB Top 250 Guest Review comes from Satu of Fairytale Pictures. Thanks for the review, Satu! 🙂 Now let’s see what she thought of Catch Me If You Can, IMDB rank 240 out of 250…

There are another 16 movies available if anyone wants to do a guest review. You can find the list of remaining films HERE. See the full list & links to all the reviews that have already been done HERE. Also, if you’d like to add a link to your IMDB review(s) on your own blogs, feel free to use any of the logos at the top of any of these guest reviews.

I originally wrote this review/summary for my scriptwriting course, so there’s more plot details that I usually include but change is good, right? I also added some points. Hope you enjoy reading it. Spoilers ahead.

Catch Me If You Can is a crime dramedy based on a biography of Frank Abagnale Jr., American con-man who succeeded in forging millions of dollars of fake checks while pretending to be a Pan-Am pilot, a doctor and a lawyer, all that before his 19th birthday. The film is directed by Steven Spielberg. It was released 2002 and stars Leonardo DiCaprio as a main character Frank Abagnale Jr., Tom Hanks as a federal officer Hanratty chasing him and Christopher Walken is Frank Sr.

I saw Catch Me If You Can for the first time when it was released in Finland in 2003. I liked it back then and I liked it this time even more, probably because I paid more attention to the details of the film. Spielberg knows how to do details, his films are always looking and sounding great. The film is not overly emotional, so, even though I’m quite emotional person, I didn’t cry during the film. Mostly I guess I was exhilarated and afterwards relieved and in the end, disappointed, at least a bit. The main character is likeable and a con-man, so it’s easy to get excited for him and feel relieved after he manages his mischiefs. Disappointed-part is debatable. 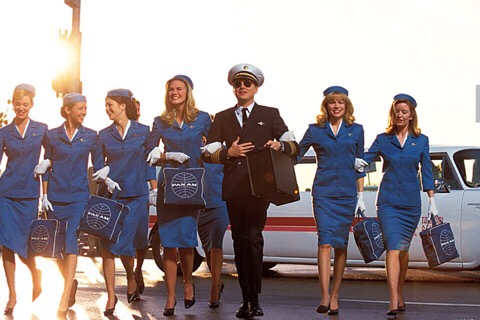 (SPOILERS IN THIS PART) “Sometimes it’s easier living the lie”, says Hanratty at the end of the film. The phrase summarizes the film. Catch Me If You Can is a story of responsibility, growing up and bringing up. It’s a story of owning up. The film might be an adventure to viewer but it also makes you think what is justified in order to get around in one’s life. But in the end, I figure that Catch Me If You Can is a bit too much of a “lesson” about what kind of life you should live. And that is what let me down; the film ended up being one those familiar stories; bad childhood, rebelling child, moral aberrations and again, happily ever after. I kind of wished a bit more demanding ending, I guess.

Even though Spielberg has yet again a child as his lead, Catch Me If You Can is very stylish crime thriller. It has this adult feel and I believe children or even teens would be bored while watching it. The film must be PG because there’s basically no violence and very little of sex and nudity but the story and especially how it’s told tells that the target audience is civilized, smart adults who has taste and style. Catch Me If You Can has jamesbondish vibe to it without the sexual content. One of the Abagnale’s alter-ego is even named Mr. Fleming. 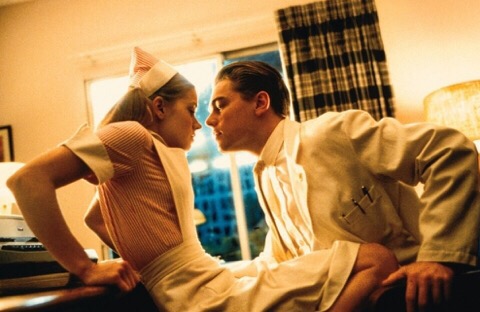 All of the actors are great; obviously. What else would you wait from DiCaprio, Hanks and Walken? Amy Adams also makes unforgettable role in the film as Abagnale’s love interest. That must have been one of the bigger roles in the beginning of her career. Catch Me If You Can got two Oscar nominations for Walken as Frank’s dad, deservedly so, he’s heartbreaking in a small kind of a way, and un-surprisingly to John Williams who smartly scored the film, I liked the music a lot. DiCaprio was also nominated for the Golden Globe. All in all, the film is good, solid 8/10 but it misses the last punch.