Plot Synopsis: (via IMDB)
An American nanny is shocked that her new English family’s boy is actually a life-sized doll. After she violates a list of strict rules, disturbing events make her believe that the doll is really alive. 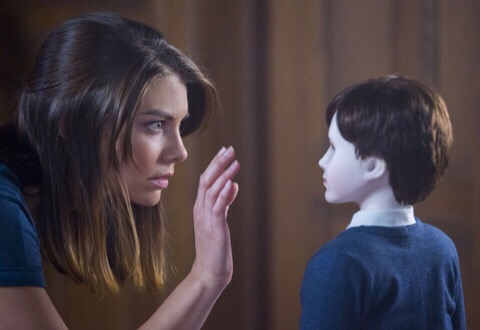 I was very much in the mood for a “light & predictable psychological horror movie without lots of gore” this weekend. Yay! That’s exactly what I got with The Boy! Is it some groundbreaking horror film? No. Did I know exactly where the story was going? Yes. Is it full of all the usual horror tropes? Oh god yes. Did I enjoy it, though? Yes – I thought it was perfectly fine for its genre. 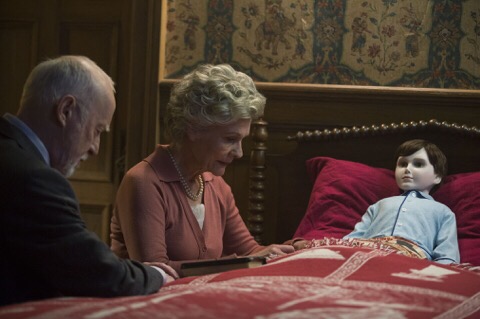 I admit that I’m a sucker for any “creepy doll” horror movie and this one has a great, creepy little bastard. Look at him! Porcelain face & everything. That’s the stuff of nightmares. And, of course, the movie is set in a big, old, British house in the middle of nowhere (with no phone signal, of course!!) and the boy’s “parents” are two eccentric, posh old British people (because there’s something seriously disturbing about eccentric, posh old British people). And an attractive man the same age as the pretty American nanny who has been hired to babysit “the boy” for the summer drops by once a week to deliver groceries. He’s super cute. He could deliver MY groceries anytime! 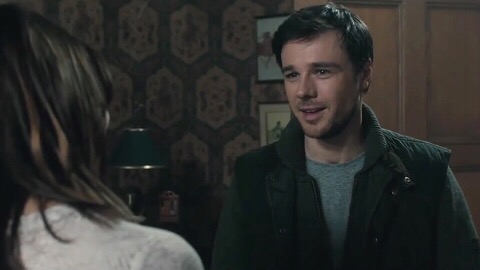 It was nice to see Maggie from The Walking Dead wearing make-up & getting to actually take a shower. Hey, why do women taking showers in these movies always seductively soap up their legs? Who actually scrubs their legs clean (unless you’re washing off zombie blood or something)? Also, women never shave their legs in these movies. They get in the shower all hair-free & slowly rub their legs with soap then get out of the shower with full eye make-up on. Anyway! As much as I hate creepy dolls, I think I’d choose living with one & getting to take showers over living in a zombie apocalypse. Plus the grocery guy is way cuter than anyone on The Walking Dead. Oh… I forgot about Jesus! Jesus is quite hot. Am I going off on a tangent? I might as well just wrap things up. Here’s Jesus from The Walking Dead:

The Boy may not try anything new but, well, who cares? When it comes to horror, I admit that I have lower standards and when one surprisingly manages to not totally suck, I’m happy enough (which is why I’m actually giving this a higher rating than the movie I watched with extremely high expectations the same day, Zootropolis, which I trashed HERE). This movie is the type of horror that I always enjoy: atmospheric, psychological, low on gore. And has a creepy doll, of course!

Sure, it’s amazing that there have finally been some truly fantastic & original horror films the past few years with things like It Follows and The Babadook but horrors as good as those are very few & far between. In the meantime, I’m satisfied with ones like The Boy. It had no hateful idiotic characters who did extremely stupid things, the story was solid even though it was predictable to anyone who has watched more than two horror movies in their lifetime, and it looked good and seemed to have had some effort put into it. Good enough! It’s unlikely that I’d ever watch it again but it was all I expected it to be for 1 hour & 37 minutes of veg-out entertainment. 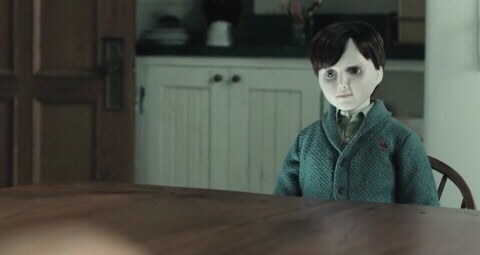 **Speaking of creepy dolls, I keep meaning to do a week of “creepy doll horror movies“. I’ve only reviewed a couple – the silly but quite fun 1987 film Dolls and the 1945 British horror classic Dead Of Night, which has the creepiest type of doll possible: a ventriloquist’s dummy.

Yikes! I hate those things! That’s why I’ve chosen to do the Anthony Hopkins film Magic as one of my 2016 Blind Spot picks. I think I just want to never be able to sleep again… So I’ll review Magic & some other creepy doll/puppet/ventriloquist dummy movies all in the same week (probably in October). I guess I’ll finally get around to watching Annabelle for that but I thought that one looked pretty dodgy… Does anyone have any other recommendations for movies of this type?? 🙂 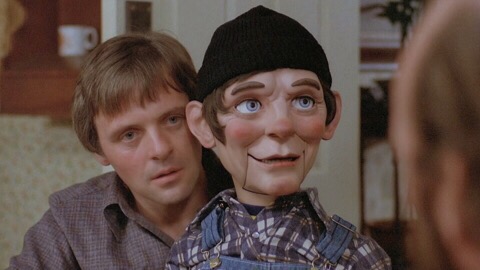