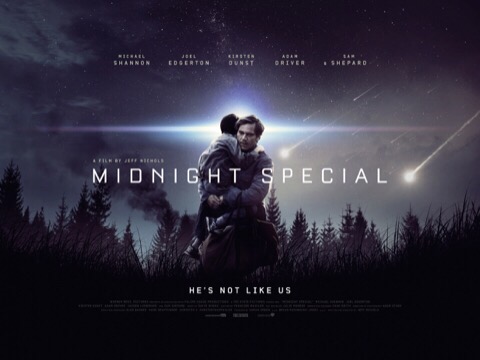 Plot Synopsis: (via IMDB)
A father and son go on the run, pursued by the government and a cult drawn to the child’s special powers. 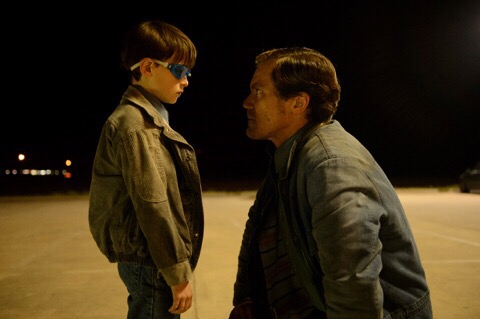 ***I’ll remain spoiler-free. This is a good one to see without knowing much about it.

Once again, like when I reviewed 10 Cloverfield Lane, I’m reviewing this sooner than I’d like to as I normally like to wait a couple of days. But I only finished watching this a few hours ago so bear with me for another one of my rambling reviews while I try to sort out my initial thoughts on Midnight Special.

I couldn’t wait to see this one – it was one of my most-anticipated for the whole year. It’s my favorite sort of genre & sounded like the exact sort of thing that I love. And it’s good! It really is. Luckily, it’s far better than 10 Cloverfield Lane (for which I still haven’t fully sorted out my feelings – I either really liked it or I really did not… I’ve never felt quite so confused over my feelings for a movie!). Anyway, I think I just hype certain movies up in my mind too much as so many are so disappointing that when one my sort of thing comes along, I expect too much. I liked this a lot. I expected to love it. I think I loved parts of it but, overall, I’m not sure it will be an all-time favorite such as the brilliant films it’s reminiscent of (such as Steven Spielberg’s E.T. The Extra-Terrestrial or Close Encounters Of The Third Kind). 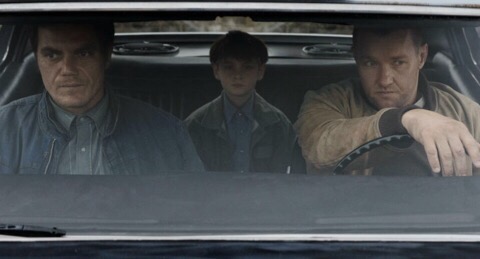 Don’t worry – I won’t say a thing at all about the plot. I think it’s widely known that there’s a sci-fi element to this film anyway but my comparison to those two Spielberg films are more because of Midnight Special’s tone & feel as well as its focus on the characters and their relationships. That’s what I care most about in a film. Yes, I love a great story (especially anything the slightest bit sci-fi) but I never really love a film unless it has strong characters that I care about. While I didn’t fully connect with the characters in Midnight Special as much as I was hoping, I do think the movie did a really good job with those who mattered the most in the film. The father/son relationship is the strongest and, luckily, is what works best as it’s the main focus of the film. I certainly can’t fault Shannon’s performance as a father who will do anything to protect his child. I guess I was just hoping for more of an emotional attachment, like I got with something like E.T. but, hell, to even have your movie bring Spielberg classics to mind is a pretty huge compliment to Jeff Nichols. Yes, this movie very much feels like something Spielberg would have made in his Close Encounters sort of days. That’s a very good thing. In fact, I wonder what he thinks of this movie! Hmm… I would imagine he loves it. 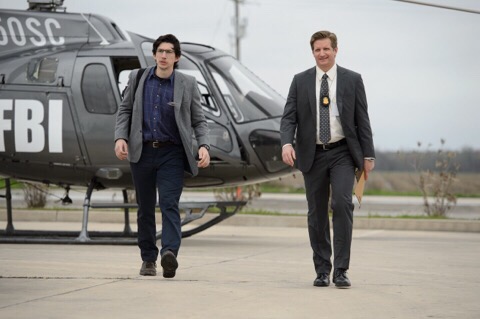 Jeff Nichols is certainly a writer/director I’ll be paying more attention to after this film. I did review both Take Shelter & Mud and it was interesting re-reading those to see what I thought of them. Seriously, though – don’t read my Take Shelter review as I’d only had this blog for two weeks at that point & didn’t even know why I’d started a blog. Basically, I was clearly paying very little attention to the movie as it was on in the background while I decorated the Christmas tree (I’m a parent – you’ll find you half-watch a lot of things when you get some rare “alone time”). 😉 Maybe I’ll give it another try someday but it was one of those films I think I appreciated more than actively liked. Shannon was good, though, as was the film’s theme plus I remember thinking the ending was very good. Mud was an improvement overall in that the film was a more enjoyable & entertaining watch but, now that I think about it more, I think Take Shelter had the far stronger story. I guess it depends on what you prefer from a movie but, if you liked both of those films, you’ll definitely like Midnight Special as it feels like Nichols got a better balance this time between making a good story as well as an entertaining film. Plus, I gotta say the ending is great. It can often go so wrong at the end with this type of thing but I was happy with this film’s finale. 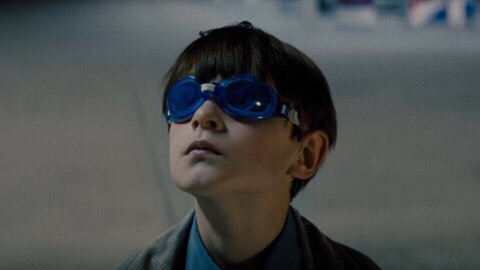 I’m going to wrap this up before I ramble on too much or start spoiling things. Besides, I have a massive migraine & need to go to bed. Damn migraines! When it’s gone, I’ll hopefully be able to catch up on some of your Midnight Special reviews as I wanted to avoid them all until I’d seen it but I really am curious what you all thought of it. Plus, I keep wanting to call this Midnight Express… Anyone seen that? I’ve always wanted to see that but never have. Now I’m off topic. I can’t think when I have a headache. 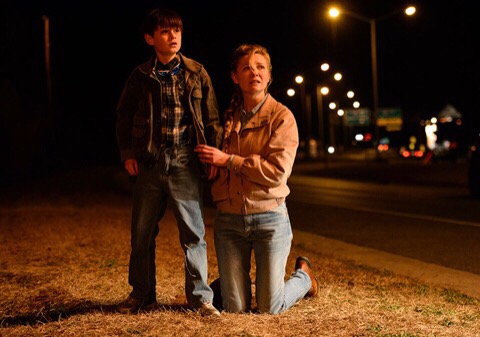 Midnight Special is very good. I liked it a lot but only time will tell if I feel the same way about it as I do about some of Spielberg’s sci-fi classics that have a similar feel. I’ll say that, partially because of the Dunst connection, I was also reminded somewhat of Melancholia (which I liked quite a bit). I suppose Jeff Nichols is somewhere in the middle – not as weird as Lars von Trier but not as mainstream as Steven Spielberg. It’s a cool combination but I’m not sure if it’ll work for everyone. It worked for me and I’d like to see Nichols do more of this same genre. 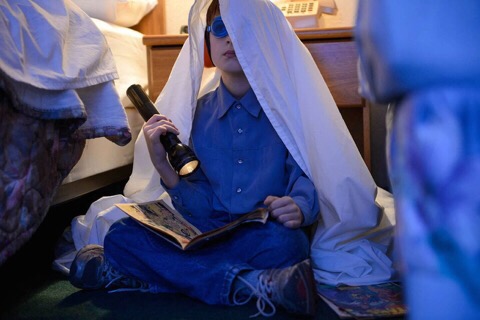