Happy Independence Day to my American followers! I suggest you all celebrate by not going to see Independence Day: Resurgence. (Because it’s meant to suck) 🙂 Well, it’s now July so here’s a quick recap of the stuff I posted in June.

It would’ve been Adrienne Shelly’s 50th birthday on the 24th of June so I decided to review five of her movies that week. I adored her film Waitress (for which she was the writer, director & co-star) so had been meaning to check out some of her previous acting work. It was great to see her in other roles but Waitress remains my favorite. She was clearly a very talented filmmaker & it’s a shame we’ll never get to see what else she would have made. The links to my five Adrienne Shelly movie reviews are all below.

Other than that, I had a pretty lazy blog month & plan to cut back even more in July. I did at least manage another Blind Spot movie review (for THX 1138). I still had a few fun posts that got some comments, though, and I was very surprised to see what became my most popular post…

My Most Popular Post: Sweet Valley High Covers Artist Takes Commissions. Wow! I didn’t expect the response that I got on this post. I guess I’m not the only pre/early teen girl who read this series in the 80s! I loved reminiscing over the books’ cover art & even got a couple of comments from another artist who worked on the cover art for the later books in the series. Very cool!

My Favorite Post: My review of Waitress & my list of My Top Ten Video Game Movies were probably my favorites this month. And the Sweet Valley High post, of course.

My Most Popular Movie Review: It was a tie view-wise between Waitress & Warcraft: The Beginning. Huh – You can’t really get two movies that are more different! 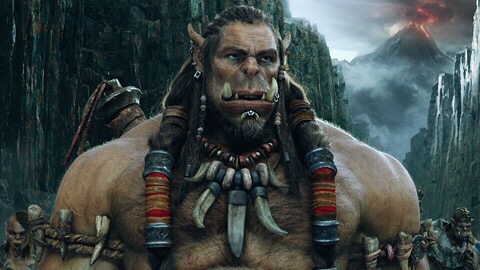 In Cinema (ranked best to worst):
Warcraft: The Beginning
Money Monster
The Conjuring 2: The Enfield Case

My Favorite Search Term: Most definitely “carrot blow job scene“! And, yes, I know why that search led to my blog. I’m so proud. That’ll be thanks to My Top Ten Movie Fruits & Vegetables list & the scene in question is from Fast Times At Ridgemont High starring the lovely Jennifer Jason Leigh.

I’m also happy that someone searched for the movie D.A.R.Y.L. Cheesy 80’s goodness! 🙂

Book Reviewed: The Colour Of Magic by Terry Pratchett

Oh my god that baby polar bear is adorable! Anyway, I don’t really have any blog plans for July. My plan is to “chill”. I’m tired. I’ll do some lazy Top Tens & reviews of movies I go to see. Other than that, I’ll post stuff only if I’m in the mood. Maybe summer will finally come to the U.K. this month?!?! Fingers crossed! If the sun is actually shining, you’ll be seeing less of me here. 🙂

Finding Dory!!!! I’m so annoyed at the long wait for this one in the U.K. (it comes out on July 29th). I’m a massive Pixar fan & desperate to see it! Other than that, I’m very curious about The Neon Demon but plan to avoid the new Ghostbusters movie like the plague. Oh yeah – I almost forgot that Star Trek Beyond is out in July (I’m actually not impressed by the trailer) and The BFG looks like it could be a bit of family fun. At home, I seriously need to catch up on watching my Blind Spot movies & haven’t yet watched the one I’m hoping to review in July (Battle Royale). 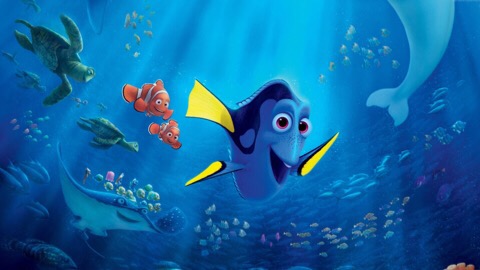 Let’s see… I always end these with a music clip related to something I posted or watched. Well, I finally watched Dope last week after badly wanting to see it for ages. I’m sorry to say that I found the movie to be a huge disappointment. However, the soundtrack kicked ass! Here’s Juice (Know the Ledge) by Eric B. & Rakim: