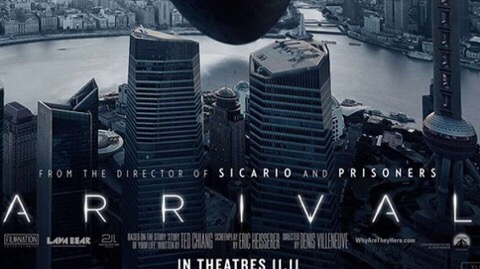 Based on Story Of Your Life by Ted Chiang

Plot Synopsis: (via IMDB)
A linguist is recruited by the military to assist in translating alien communications. 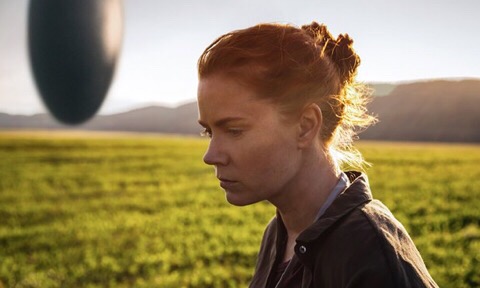 YES!!!! This is good sci-fi. This is what I wanted when I watched Interstellar & was left extremely disappointed. This is intelligent sci-fi that doesn’t feel the need to dumb things down for its audience but also isn’t up its own self-important arse (like, you know, Interstellar). I didn’t look at my watch once while watching this & wonder if the movie was in fact five hours long (like I did with, you know, Interstellar). Okay – I’ll shut up about the massively overrated Interstellar now (I promise!). I’m just happy that Arrival is a great high-concept sci-fi film that can easily stand alongside some of the best classics of its genre (unlike a 2014 Christopher Nolan-directed, Matthew McConaughey-starring sci-fi film that shall remain nameless). 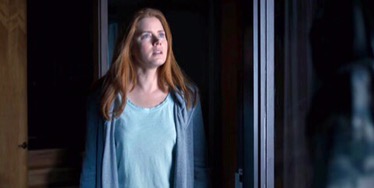 Arrival is a movie of two parts (like all the very best science fiction films): The cool alien shit and how humanity deals with their arrival as well as the more personal “human story” (involving the character of Amy Adams) at its heart. I’m not one for overly-sentimental stories in films as they so often feel contrived but Arrival handles the story involving Adams and her personal life beautifully & I found it very moving and not at all cloying (like I may have found with another film I won’t mention but that starts with the letter I). 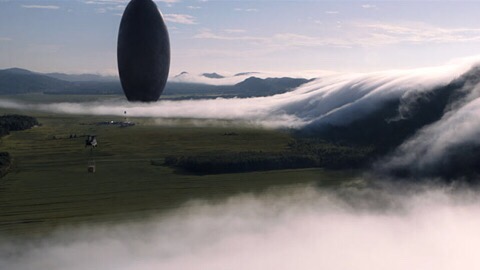 I’m not great at handling these emotional films! Between Arrival, Room & Nocturnal Animals (although that Amy Adams film, which I reviewed HERE yesterday, was emotional in the completely opposite way), 2016 has been quite a year for movies that had me reeling with their sheer intensity. By the way – Room was 2016 in the UK so don’t correct me. 😉

Anyway, my “reeling” comment sounded corny. Sorry! But I’m not sure how else to describe that feeling you get from those films that are so well-made, through I suppose a combination of great directing, acting, cinematography, story, atmosphere, music, etc etc, that you end up fully immersed in the world of the film. It’s weird – movies seem to be getting worse & worse in recent years but the GOOD ones are actually getting better & better. There’s a huge divide now between the (many) bad films and the (sadly far fewer) films that are so amazingly good that they almost transcend reality. Okay – that really did sound corny. 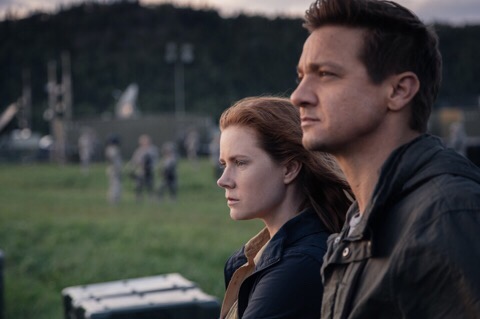 My point is this: Arrival is possibly one of the transcendent ones. I knew I’d struggle writing about it but I’ve thought about it a lot since seeing it a week & a half ago. With movies like these, I don’t like to write about them until I’ve had enough time to sort out my thoughts. I currently have this ranked just below Room on my 2016 list as it still didn’t manage to move me quite as much as Jacob Tremblay’s scarily good performance in that. However, Arrival is the better film overall. The look, the story, the relationships (particularly the main one involving Amy Adams), the message, the aliens(!)… There’s nothing I love more than a good alien film! I loved Arrival & movies like these are what keep me watching & loving them despite having to sift through so many bad ones. 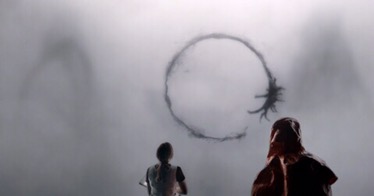 I’m not great with words (making this blogging thing a massive struggle) so I’ll just leave it at this: Arrival is a damn good film. I’d love to hear from anyone who feels the same. Or even anyone who feels differently and prefers science fiction movies starring Anne Hathaway & directed by Jonathan Nolan’s brother. And, please oh please, will you discuss Nocturnal Animals with me in the comments of that review if you’ve seen it??? That movie absolutely floored me. You’ve had one hell of a month, Amy Adams!