Plot Synopsis: (via IMDB)
The eldest son of a fugitive family comes of age and wants to live a life of his own.

Here’s a quick list of links to my 2016 Blind Spot Reviews so far, including where I’d rank Running On Empty:

This was a slight cheat for my Blind Spot list as I think I saw at least part of this film at the time but didn’t remember it. I’m not sure why I never fully explored it as I absolutely loved River Phoenix and I was completely & utterly obsessed with Stand By Me. That remains my most-watched movie to this day due to the multiple times I watched it at the age of 13/14. And, no, I’m still not over River’s death! You know how some of you younger bloggers feel about Heath Ledger?? River was the Heath of my generation. So damn talented… What a sad loss for the acting world – River was already fantastic at such a young age.

So, I’ll start with River’s performance in Running On Empty. He’s the true star of the film & his role won him an Academy Award nomination for Best Supporting Actor (although I’d call it a lead role). I still often wonder what he’d be like today, at the age of 46, and how many Oscars he’d have (he’d most certainly have some). He’d be another Leonardo DiCaprio. Yep – there are some damn fine actors from my generation! Anyway, he was great playing a boy of (17?) in this film and he had just the right mix of maturity yet boyish playfulness. I sometimes get annoyed when teenagers are too mature in films – it’s not believable.

So, yeah – River is the best thing about this movie but there are strong performances from everyone involved. Christine Lahti is probably the most moving as a mother who knows she may need to let her son go in order to give him a chance to live a normal life. Judd Hirsch plays the father who insists that the family will always stay together, on the run, no matter what. And Martha Plimpton plays a girl who, along with the opportunity to go to a prestigious college, makes River’s character long to lead a normal life instead of always having to move from place to place & assume new identities every time his fugitive parents are in danger of being discovered. They’re a very close-knit family and you can’t help but want them to be able to somehow live happily ever after despite the mistakes the parents made in the past (they’re ex-hippies who bombed a napalm laboratory, seriously injuring a janitor who wasn’t meant to be there).

I think this is a sadly overlooked Sidney Lumet film as he’s done so many absolute classics (12 Angry Men, Dog Day Afternoon, Network, etc). It’s a shame as Running On Empty is a very good film with moving performances (especially from River – it’s amazing that I somehow missed out on this one as a fan of his). It has, admittedly, maybe not dated all that well in the same way a lot of 80’s films haven’t so it won’t necessarily be one that a younger generation will go for. If you grew up on 80’s films, however, this is a must-see that I think plenty of people didn’t see. I’m not sure why it didn’t get more attention but I’m glad that River Phoenix at least got an Oscar nomination. And I’m glad I finally took the time to watch it! And to once again have him break my heart… River did 80’s coming-of-age dramas perfectly. 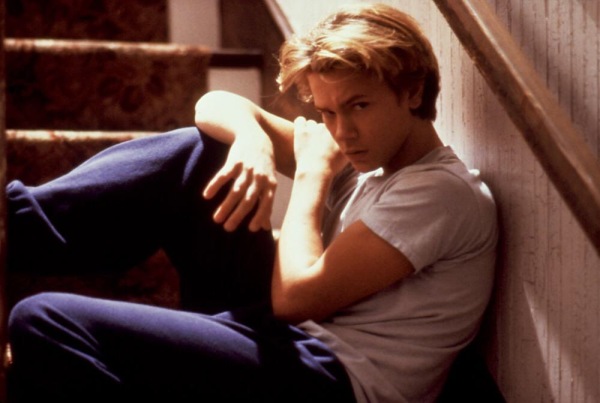 **Yes, this Jackson Browne song was in my head the whole time. No, it’s not in the movie. Hmm – I should add this movie to my list of My Top Ten Movies With Song Title Titles! FYI – Stand By Me was number one on that list…