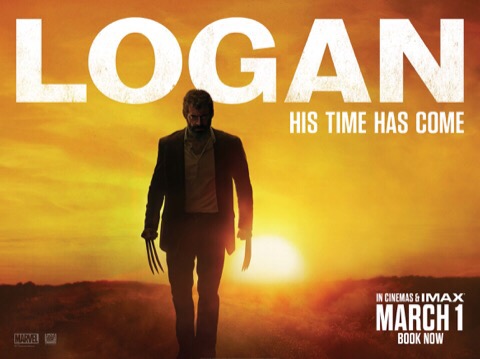 Plot Synopsis: (via Wikipedia)
The film follows a past-his-prime Logan embarking on a “road trip” across a dystopian future version of America for one final mission. 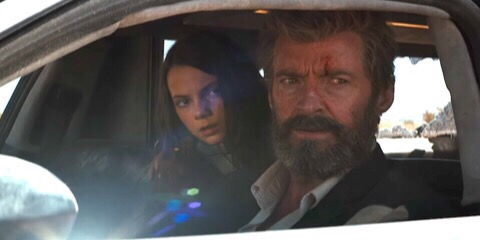 I’m not going to say yet again how superheroed-out I am and that I skipped watching all superhero movies last year other than Deadpool & Captain America: Civil War. Oops – I guess I did just say it again? Anyway, I’m not a big superhero geek & don’t read any comics (well, I read Watchmen & Tank Girl so I’m lying a little) but I enjoy these movies when they’re halfway decent. The X-Men movie series has probably actually been my favorite. At least, character-wise, it’s the group of “superheroes” (okay, mutants) that I’ve been drawn to the most. The movies started out pretty good (although a little cheesy) but have ended up so disappointing in recent years. Hell, I didn’t even watch X-Men: Apocalypse or The Wolverine. That’s pretty bad considering how much I loved these characters after the first couple of films. 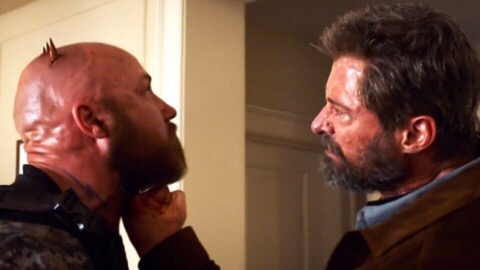 Then Logan came along, which looked a bit different and had a great trailer (plus a young girl kicking ass!) so I was finally once again excited to watch an X-Men movie. I suppose it helps that two of the absolute best X-Men characters are the stars of this one (Professor X is my personal favorite. Yay, Patrick Stewart!). I honestly didn’t miss having loads of other mutants in this. I find it overkill sometimes when you have too many characters, like in Civil War. Sometimes less is more and I liked so much focus being on Logan, Charles & Laura. 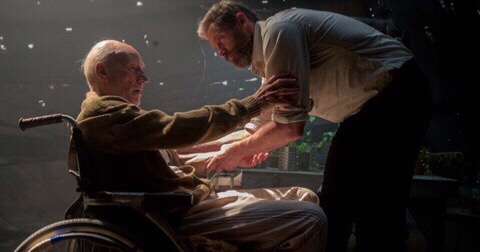 I really enjoyed Logan. It’s a very good film for this genre. I think the more violent, more grown-up thing worked very well for the character of Wolverine but wouldn’t necessarily work for all other comic book characters. It was the perfect “end(?)” to this character’s story (for me). And, I’m not gonna lie – I loved seeing a young girl kicking ass. Plus I love a good father/daughter-like relationship in a movie. Dafne Keen did a great job and I was a sucker for the relationship she developed with Logan as well as with Charles. And of course the further development of the existing relationship between Logan & Charles. I love that kind of shit. A fucked-up, crazy, loving mutant family! Good character development & angst & feelings. I like that! Good stuff. 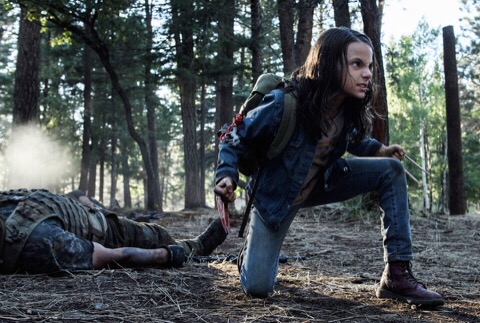 I admit that I didn’t care too much about the actual story itself. The story was decent enough. I can’t say I ever take these comic book storylines too seriously anyway. With these kind of movies, I always care more about really good characters & just enough action to keep things moving along and Logan delivers as far as these two things are concerned. Did I like it more than the very first two X-Men movies? I don’t know. In some ways, yes. I think it’s the better film but certainly not as much “fun”. But it’s not meant to be – I guess it depends what you want from a comic book movie. I like either fun or serious depending on my mood and I enjoyed Logan as much as the first couple of X-Men films, just in a different sort of way. Other than that, I don’t have much more to say. I’m no expert on these movies as I haven’t read any of the comics so can’t compare. I like the films. I love the characters. I thought Logan was a great final film for Wolverine. For now. Until another sequel or prequel or evil twin or clone or time travel or some alternate reality bullshit comes along… 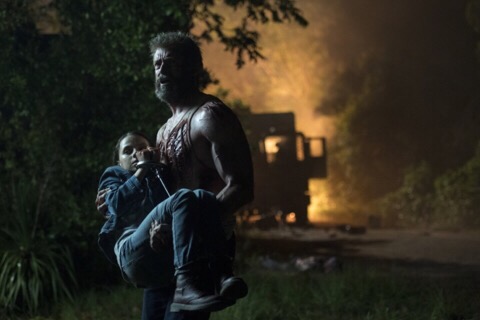