I’ll be reviewing two recent Stephen King movies the next two days: 1922 & Gerald’s Game. I did a Stephen King Week on my blog last month so I’ll be reblogging two of those movie reviews today. Here’s my review of Cell (2016).

Based on Cell by Stephen King

Plot Synopsis: (via IMDB)
When a mysterious cell phone signal causes apocalyptic chaos, an artist is determined to reunite with his young son in New England. 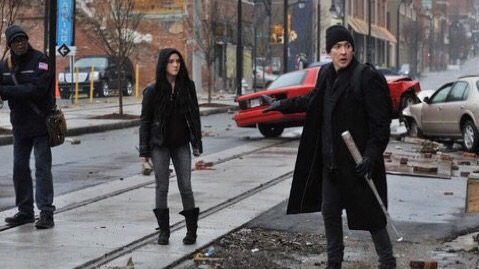 Okay, what I’d heard about Cell is true: the movie isn’t good. However, I don’t think it’s quite as bad as…