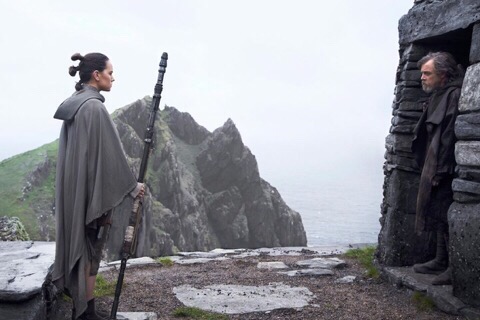 I hope you all had a great Christmas/time-off-of-work holiday! Can you believe it’s almost 2018? Can you believe the world even survived 2017?!? Well, here’s the shit I watched & read in December. Yeah, I know the month isn’t quite over. I’ll probably be watching Jumanji: Welcome To The Jungle today or tomorrow… (I did! I’ve edited the post to add it) 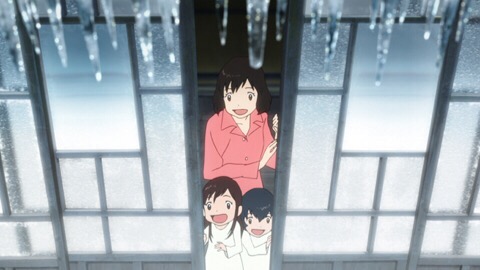 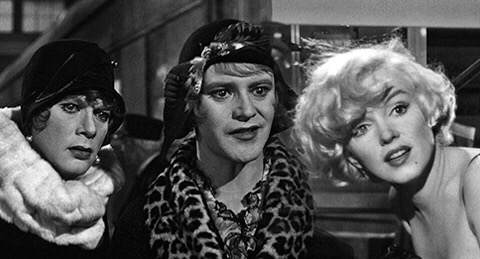 • Star Wars: The Last Jedi – I wasn’t sure how I felt about this after seeing it. Mainly, I was disappointed. I’ve now just seen it a second time, worried I’d end up hating it. I actually liked it more. Maybe it will grow on me… My Rating: 8/10

• Some Like It Hot – I thoroughly enjoyed this Billy Wilder classic, which I watched as well as Roman Holiday to get more IMDB Top 250 films ticked off my list. I’m not a huge comedy fan so they’re never my first choice of films to watch. But this is good comedy. Maybe I should stick to old stuff? The writing is so much better than the shit we get today. I do love Jack Lemmon & he was easily my favorite thing about this. This is also the first Marilyn Monroe movie I’ve ever seen and I can now understand her sex appeal, although I can’t picture her playing any other sort of role. The character of Sugar Kane was perfect for her, though, and these three made for a fantastic trio (Tony Curtis being the other one). This was certainly one of the more enjoyable Top 250 films that I’ve watched in quite a while. My Rating: 8/10

• Lion – I’m desperately trying to watch some of the many 2017 UK cinema releases that I missed out on before posting my end-of-year lists next week but I don’t think I’ll manage to see many more. I’ve started with all the “Oscar” movies, which we got here in January. They’ve been disappointing (Moonlight, Manchester By The Sea, Super Boring Jackie). All good but not “all-time great Oscar classics”. Lion is the same but I enjoyed it the most (although Moonlight & Manchester By The Sea are better films). I’m just not a heavy drama person & I’m a sucker for uplifting, happy endings. And Lion has an amazing true story which gave me warm fuzzies. I admit to not knowing the true story, however, and don’t know how much was added for dramatic effect. The ending felt a little too… Perfect? I wonder if that’s exactly how that went down. As a film, Lion is flawed. The pacing isn’t great and it felt far longer than it was. I had no idea that Dev Patel was only in half the film (he shows up halfway through) but that was okay as the young boy playing him in the first half (Sunny Pawar) was great. Where’s HIS nomination?! I liked how they spent a good amount of time showing his bond with his brother in the beginning. I expected to prefer the second half of the film but that’s where it dragged plus Rooney Mara felt a bit pointless. Nicole Kidman was very good (I used to hate her but I’m starting to like her). I’m rambling. Lion is a feel-good true story with good performances but the movie could’ve been a bit better. My Rating: 7/10

• Roman Holiday – Another one to tick off my Top 250 list. I was a little disappointed with this one. I think I had images from another Audrey Hepburn film confused with this one (not Breakfast At Tiffany’s or My Fair Lady – I’ve seen those). Anyway – it turned out that I knew nothing about this plot whatsoever or that she was a princess in it. I think it hasn’t aged as well as some of her more iconic films but I think that’s mainly because this same story has now been done in a lot of films since, although I recognize that it was probably a very original idea at the time. So the story itself is just okay but Hepburn & Gregory Peck are great together, which will be what makes this a beloved classic. Hepburn won an Oscar for Roman Holiday and I did enjoy seeing this fashion icon in an early role as I’ve not seen many of her films. Hubby pointed out that, along with Some Like It Hot, I watched two very different female icons of their time and it’s interesting to compare the two. I can see why both had their fans but I can’t identify with Hepburn in any way whatsoever. I guess I have no class. Plus, I like some curves and Monroe had some va-va-VOOM. But I also can’t identify with that! Conclusion: I like what I’ve seen of both of them. I need to watch more of their films. My Rating: 7/10

• Olaf’s Frozen Adventure – This was cute. Why the hell did people have such a problem with it?? People need to chill the f*%k out sometimes! It’s not as good as Frozen Fever but still enjoyable and I once again loved Anna’s & Elsa’s dresses. My Rating: 6.5/10

• Life – Another 2017 film that I’ve just caught up on. Meh. It’s a highly flawed film but I did get some enjoyment out of it and I thought the alien was fairly well done. And the deaths were super gross in kind of a cool way. The characters were poorly developed but, if you’re simply wanting a death-by-evil-alien film, this will do. It’s interesting that it came out the same year as Alien: Covenant & I know some people preferred Life. As much as Covenant pissed me the hell off, I still have to say it’s the better film. Slightly. But both suck and Alien & Aliens kick the living SHIT out of them. My Rating: 6/10

• Storks – This was fine. The babies were adorable. It’s not like this is a Disney or Pixar film, which are in a league of their own. But it was far better & more enjoyable than that stupid Sing movie that I watched last month. My Rating: 5.5/10 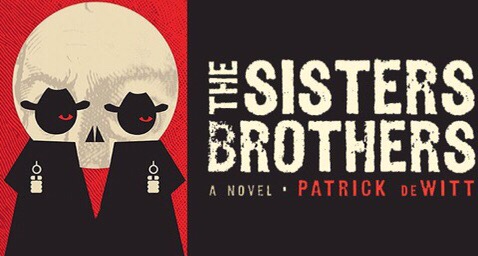 • The Sisters Brothers by Patrick DeWitt – This strange Western is the only novel I managed to read this month, plus half of a book of short horror stories (called Alfred Hitchcock’s Book Of Horror Stories: No. 6. This is soooo my type of thing). The Sisters Brothers was interesting. I have to admit that I picked it up (for 50p in a charity shop) based 100% on that cool ass cover up there. I didn’t love it but it’s not exactly my sort of thing. I did like it, though, and found the story refreshingly original. The characters were also really well developed and I especially liked brother Eli (who will be played by John C. Reilly in the movie next year and who I think is perfect for the role). The movie will also star Joaquin Phoenix & Jake Gyllenhaal and I think it has the potential to be made into a thoroughly entertaining film. I recommend reading the book first if you like the sound of the movie. It’s probably quite different from anything you’ve read before.

Currently Reading: Sleeping Beauties by Stephen King & Owen King– I was so happy to get this for Christmas! Love the concept. I’m about ten pages in… Hopefully I’ll be finished by the time I do my end-of-January post. 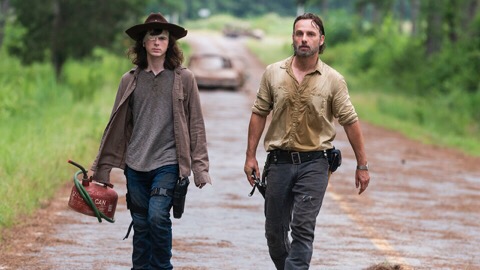 • Black Mirror – Season 1, Episode 3: The Entire History Of You & Season 2, Episode 1: Be Right Back‬. I’m loving this show & glad I’m finally watching it. I have to say, though, that The Entire History Of You was a very weak episode (starring the new Doctor Who Doctor Jodie Whittaker, I should add). But I expect there to be brilliant ones & bad ones and this one was a poor rip-off of Eternal Sunshine Of The Spotless Mind but with hateful characters. Luckily, Be Right Back got the show back on track & is my favorite episode so far. Starring Domhnall Gleeson & Hayley Atwell, it was a thoughtful look at dealing with grief in a strange new way as well as questioning whether our social media personalities are a true reflection of who we really are.

• Grey’s Anatomy: Season 14 so far. Why do I watch this stupid show? I think it’s because the hubby won’t let me watch anything without him that he might have the tiniest bit of interest in watching. So I get stuck watching shit like Grey’s Anatomy when alone. Thanks, hubby! ;-P

• The Walking Dead: Season 8 so far. The Walking Dead sucks SO much now that I’ve ranked it below Grey’s F*^king Anatomy. Someone bring Frank Darabont back! I don’t care how mean he is! He wouldn’t have written this season’s dumbest & most pointless death EVER. But, like Grey’s Anatomy, I’ve stuck with it this long that I feel I have to watch to the end. Watching the TV screen like a damn zombie… 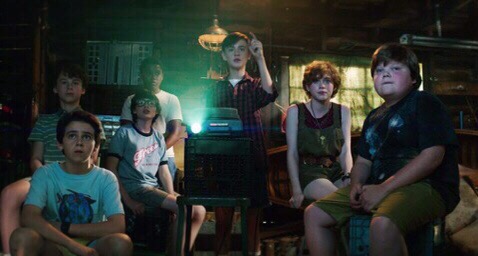 YEAR-END BEST OF 2017 LISTS!!!!! Yeah, I love lists. I have a different list ready to post every day next week starting on Monday. You’ll be sick of me by next Friday (if you aren’t already). 😉 Here are the lists I’ll be posting next week:

Upcoming Movies I Want To See:

I have to admit that I lose the will to live a little bit when looking at the list of upcoming 2018 films. Can anything other than superhero movies be made? Please?!?!? There are a few I’m looking forward to, though. It’ll be great to finally get to see The Shape Of Water in February after hearing about it for so long. But let’s see what’s out in January that I want to see…

Coco. Finally! I hate how the UK has to wait so long for Pixar films. Yet we get the Marvel stuff before America… I’d rather get the Pixar stuff first!

Three Billboards Outside Ebbing, Missouri. Guess I gotta watch this with all the high ratings. Looks good. But I’m looking forward to February more. There are loads of movies I want to see in February! But I’ll talk about those in my January month-end recap.

I’m sorry. This pops into my head anytime I hear the Coco movie mentioned. Baking soda! Make it stop!!!