Plot Synopsis: (via IMDB)
A young man and his three younger siblings, who have kept secret the death of their beloved mother in order to remain together, are plagued by a sinister presence in the sprawling manor in which they live.

I’m super picky (snobby?) when it comes to horror. I think 90% of modern horror films suck. So why do I keep watching them?! I’ve seen a lot of extra bad ones lately, too. Ugh. But I keep watching them because it’s a genre I really like on the rare occasion that there’s a good one nowadays. This is one of those “pretty good” ones. Yay! It’s certainly no masterpiece like The Shining or something but I enjoyed it. And I also somehow didn’t guess the obvious ending (duh). 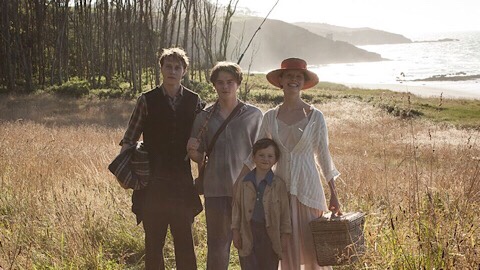 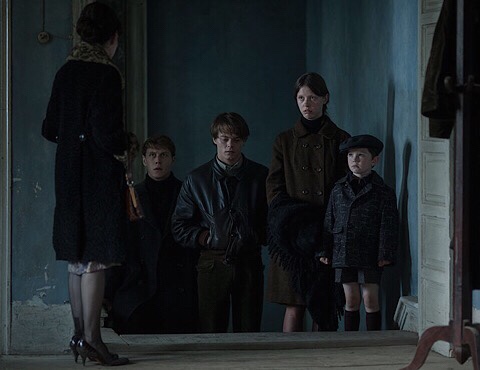 Horror is probably the most divisive genre, though. Well, horror & comedy. So this one won’t work for everyone like it did for me. I prefer psychological horror and/or supernatural horror & I like when they actually have decent characters instead of poorly written, hateful ones. This film isn’t going to change the world and I can’t say it’s something we haven’t seen before but it’s definitely a well-made psychological horror with decent characters. The story revolves around four siblings who have to keep their mother’s death a secret until the oldest boy turns 21 and can legally take care of them so that they don’t get separated. I really did feel for the oldest boy and the pressure this responsibility had on him. It was sad how it kept him from being able to live his own, normal life (he’s in love with their neighbor, played by Anya Taylor-Joy).

And then, of course, there’s the “sinister presence” in their house (their house which of course is in the middle of nowhere – the “neighbor” I mentioned is still miles away from them). I won’t get into that to avoid spoilers but I’ll say there’s probably much less of that spooky presence than hardcore horror fans may be wanting. The focus of this film really is on the drama of the story and the character development. It may be too slow for some but I really enjoyed seeing a modern horror film with strong characters and a good, solid story. I liked it. YES. Finally. I liked a modern horror! (But I liked A Quiet Place even more – that’s a great modern horror!)