Happy October! Holy shit – I truly don’t know where this year has gone. I’m obviously way behind on this monthly roundup. I figured I better post this one quick before I post my September roundup. So here’s the crap I reviewed & watched in August! Well, it wasn’t all crap. Actually, most of it was good for a change. 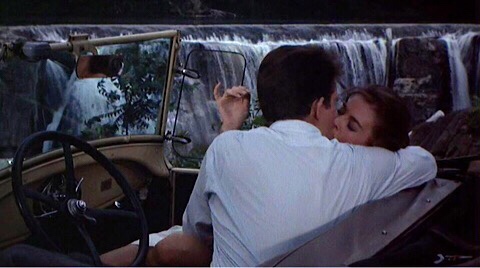 • Splendor In The Grass – I’m cheating a little and doing this as a 2018 Blind Spot choice, although it’s not on the list as I was planning on adding it to my 2019 choices. But it happened to be on TV so I watched it and kind of loved it. I’ll do a full Blind Spot review of it sometime soon. – 8/10

• Mission: Impossible – Rogue Nation – I’m not a huge fan of the Mission: Impossible films although I do think they’re pretty great for this genre. Spy thrillers just aren’t really my thing. I’ve not seen them all (think I missed Ghost Protocol and maybe the second movie). I watched this in preparation for Fallout (oops – I missed it!) and I feel sort of the same about this one as I do the others even though I thought it was a strong film and probably the best I’ve seen so far. I just think I won’t remember much of it a year from now. Sorry! For me, the best thing about it by far was Rebecca Ferguson. She was great. Sexy & kick-ass but also feminine. Girl crush! I love characters like that. Preferred her to Cruise… – 7/10

• The Ritual – Still not sure about this horror film. For the most part, I think I liked it. It was atmospheric and genuinely creepy at times (I rarely find horror movies scary in any way). The conflict between this group of friends due to something that happens at the beginning worked quite well with the story later on of the presence in the forest and the way it brings out hidden resentment. The thing that will make people love this or hate this is the ending. The movie changes and becomes a much different film from the Blair Witch type of beginning and this won’t work for everyone. I didn’t mind the ending but preferred the more mysterious, less in-your-face start to the film. – 6/10

• We Bought A Zoo – This was a bit disappointing coming from Cameron Crowe. He’s never going to live up to the brilliant Say Anything! I actually don’t know what to say about this movie. It was “nice”. It was inoffensive. Unfortunately, it was completely forgettable. The acting was perfectly fine, I guess. Meh. I need Crowe to give me another Lloyd Dobler… – 6/10

• Kingsman: The Golden Circle – This was disappointing as well. I quite liked the first film (despite the anal sex joke – whaaaat?!). The sequel went too overboard for me – it was far too silly in a way that didn’t work like it did in the first film. Plus the lack of Samuel L. Jackson definitely hurts this film. Who doesn’t love Jackson?! Julianne Moore was clearly having fun with her outrageous character but that didn’t really work either. However, I loved Elton John. I’ve never loved Elton John. He was hilarious. No one in this movie was having as much fun as he was. – 6/10 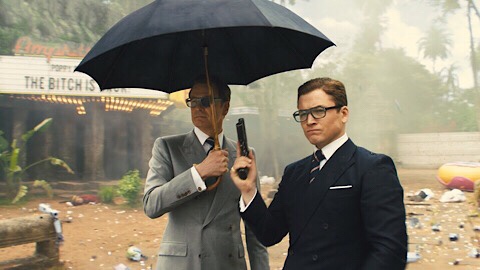 • Zathura: A Space Adventure – Wow. I’d never seen this but it’s kind of bad. The first Jumanji film, though flawed and very dated now, is fun. I can see why it has its fans amongst people who were kids when it came out (I don’t love it – I was way too old). But I have to admit that I thoroughly enjoyed Jumanji: Welcome To The Jungle. Zathura looks pretty terrible and feels very low budget, the older brother is fucking hateful, and what was the point of Kristen Stewart’s character? Talk about not letting the female character get any screen time. I was bored and didn’t care what would happen to these annoying characters. Oh, and my kid was bored too. But she loves Jumanji… – 5/10

• Re-Watch: Big Fish – Been watching all the age-appropriate Tim Burton movies with the kid & enjoyed seeing this again as I’d not watched it since going to it in 2003. The kid really liked it and I still feel the same: it’s sweet and lovely but definitely not my favorite Burton. I’ll always prefer his style in films such as Edward Scissorhands and A Nightmare Before Christmas. – 7.5/10

Story 3: Aloft – Definitely the most original story in this book! Probably one of the more original stories I’ve read in quite a while, actually. I really enjoyed this one. It’s the least “Stephen King-like” and I loved its non-horror weirdness. I don’t know how to talk about it without spoilers, though. It’s about… a cloud. Yeah. I think you’re best knowing no more than that beforehand if you read this book. It’s a fun story and I think I’ve preferred Hill’s short story collections to his full-length novels so far (I highly recommend his 20th Century Ghosts collection if you’re a fan of his or of his father Stephen King). – 4/5

Story 4: Rain – Definitely my least favorite story in this book, which was disappointing as it was a great (fucked-up) concept. In this story, thunderstorms in various parts of America suddenly start “raining” down sharp needles which rip those unfortunate enough to be caught outside in it to shreds. It started out promising but got too silly with the addition of a cult and then gave us an even more ridiculous ending. Damn. But I still liked it okay since, as I said, it was a good concept. I just wish the story had ended differently or maybe had more believable characters. – 2.5/5

• The Sun Is Also A Star by Nicola Yoon – I keep saying I need to stop reading these YA books. I can’t help it. I need light, easy reads in between my horror, supernatural, sci-fi, apocalyptic & dystopian stuff! I have to pretend to be girly sometimes. I read this as I really liked Nicola Yoon’s book Everything, Everything. It’s not as strong as that one and the girl definitely isn’t as likeable but it’s a good romance if you like that mushy YA sort of stuff. The story itself is okay (but, again, far less interesting than that in Everything, Everything). It follows a girl & a boy who meet on the day the girl is due to be deported from America as she’s an illegal immigrant. As I said, the girl is borderline unlikeable. She’s not totally hateful – she’s just a bit cold & standoffish. Come to think of it, she reminds me of me… Ha! Shit. Maybe that’s why I could somewhat relate to her. The boy is loveable as shit, though. I was like “just fall in love with him already, bitch!”. His character made the novel much more enjoyable and they had great chemistry. I’m sure they’ll definitely make this into a movie. Oh, yep! Just looked it up. It’s listed on IMDb with a 2019 release. Hollywood is so fucking predictable. – 3/5

Currently Reading: The Outsider by Stephen King & Nightflyers And Other Stories by George R.R. Martin

I’m still not really watching any TV other than Game Of Thrones & Stranger Things when they’re on so I don’t know why I have a TV section. I’m definitely giving up on The Walking Dead when that starts up again – it’s way too shit now! People think I watch a lot of movies but they’re each one & a half to two hours long. I look at people who binge watch entire seasons of TV in a weekend and think “how the fuck do you have the time?!”. But I did finish watching Sharp Objects since I really liked the book and love Amy Adams. She was fantastic in it and perfect for the role. The show was quite faithful to the book and I thought it was a far better adaptation than Big Little Lies.

I do need to get back to watching Black Mirror – That’s more my type of thing. I’ve watched all but the last series. I’m also a little curious about Maniac on Netflix. Anyone seen that?? It looks like I could either love it or hate it since Emma Stone has the potential to get on my nerves at times. But it’s from the guy who co-wrote the screenplay for It last year, which I freaking loved…

This update is so late that the coming month is now October. Unfortunately, I can’t do my usual Halloween Horror Month this year where I post nothing but horror movie reviews & top tens. I don’t have the time (or energy!). It’s a shame as I’ve always enjoyed doing that. I did watch a lot of horror films in the past year, however, so at the very least I may do one or two posts with super brief reviews of those.

As for September cinema releases, here are the ones I managed to see and some I missed. I’ll try to do full reviews of these.

• A Simple Favor – Needed to waste a couple of hours & went in with zero expectations. Enjoyed the shit out of this one. – 7.5/10

• The House With A Clock In Its Walls – Fun. Love having “scary” family films to watch with the kid but thought Goosebumps was better. – 7/10

• American Animals – Decent film but I was a little underwhelmed considering the true story is quite interesting yet the film managed to make it somewhat boring. – 6.5/10

• The Predator – I’m glad. The hubby saw it expecting it to be bad but was shocked at just HOW bad it was.

• Crazy Rich Asians – Romantic comedy isn’t my thing but the reviews are good so I’ll watch it on Netflix.

• King Of Thieves – Am disappointed by the bad reviews as I’ve wanted them to make a movie of this starring Michael Caine ever since the real heist happened. It’s obvious but perfect casting.

Here’s Elton John fucking people up in Kingsman: The Golden Circle. Spoilers, obviously. But the movie is a bit shit anyway.