Plot Synopsis: (via Wikipedia)
In the film, David Dunn gets locked in a mental hospital alongside his once-rival Mr. Glass, as well as the multi-personality “The Horde,” and must escape from a psychiatrist who is out to prove the trio do not actually possess super-human abilities. 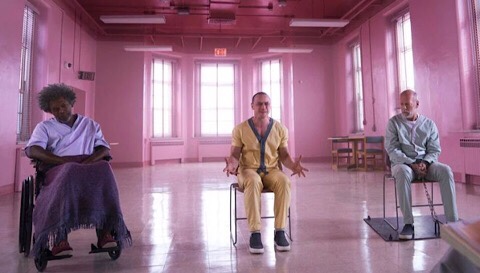 I like M. Night Shyamalan for the most part. I’ve watched almost all of his movies because I do enjoy his stories and, yes, I like a twist even though he’s known for them so it’s never exactly a big surprise. I can’t say I’ve truly loved any of his films but do think The Sixth Sense is pretty great, especially if you saw it at the time and he wasn’t yet known as “that guy who does twists” (I saw it when it came out and no one yet knew the ending). The Village is also pretty good, although a lot seem to hate it. The rest, however, are unfortunately the very definition of “meh”. But I still weirdly enjoy his movies while watching them. I just never feel the need to ever watch them again…

Okay, I’ve ranked all his movies I’ve seen from my least favorite to my favorite (only the bottom two truly suck): 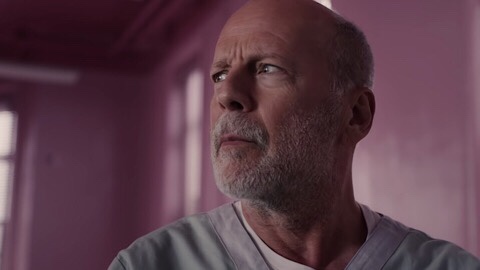 I guess I have Glass pretty high. To be fair, I didn’t hate it (my hubby did). I can see why it has such mixed reviews, though. For me, it was what I expected so I didn’t hate it. I’ve leaned to go into Shyamalan’s films with very low expectations! I think he should be given some credit for creating a whole new comic book/superpowers trilogy that feels unique & original compared to all the damn superhero movies that I’m getting very sick of. It’s just unfortunate that this trilogy doesn’t go out with the bang I was hoping. It’s more of a whimper. Shyamalan likes to go over the top so often – I wish he’d given this a crazy as fuck ending that we’d all remember in the same way we all remember the ending of The Sixth Sense.

Unbreakable is still the best in the trilogy by far but I did like this one more than Split. I loved seeing Bruce Willis and especially Samuel L. Motherfucking Jackson again and I far preferred seeing these three together than when it was just James McAvoy being a lone psycho killer (I’ve never been big on murder-y crime movies). Speaking of McAvoy, he’s great in both these films. He’s better than Willis & Jackson, who are kind of just phoning it in for this one (but they’re huge stars – that happens sometimes). I still love Jackson – he’s one of those actors who’ll make me watch a movie just because he’s in it.

Well, that’s it. I need to keep these “reviews” short anyway if I’m going to keep up on reviewing cinema releases this year. I just don’t have much to say about this one other than that it’s a shame that a good idea feels like a bit of a waste after how Glass ends. It feels a bit “So what?”. Good idea, actors I like, and a really good performance from McAvoy made it worth watching, at least. I continue to think Shyamalan has good story ideas and I respect that as it’s more than most of us will ever accomplish. But I wish the end products could be as good as his ideas – only The Sixth Sense has managed to accomplish this.