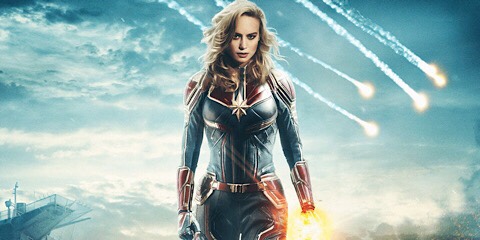 Plot Synopsis: (via Wikipedia)
Set in 1995, the story follows Danvers as she becomes Captain Marvel after Earth is caught in the center of a galactic conflict between two alien worlds. 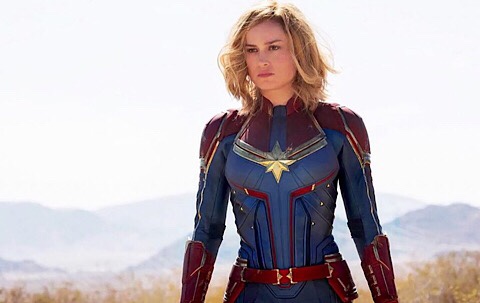 I’m short on time & haven’t even done my February Roundup post of movies I’ve watched but figured I better say a little something about Captain Marvel. After all the weird controversy and all the whining and all the sad losers down-voting it online before even seeing it, I didn’t know what the hell to expect. I’ve really enjoyed all the Marvel films although I’d never call them personal favorites and I feel that they’re all the same story and follow the same formula. I’d happily live without more superhero movies for a while. However, the Marvel ones are thoroughly entertaining and have a fun sense of humor that I appreciate (they’re popcorn movies – superhero films should be fun!). 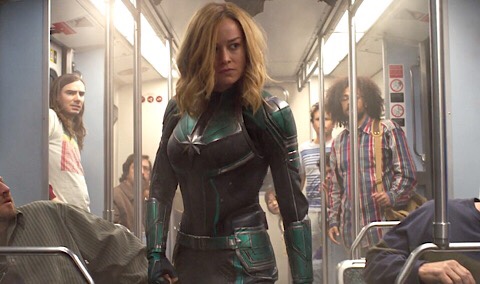 Anyway, I thought I’d do a quick review of Captain Marvel since it’s had such unfair treatment and I wanted another positive review out there in the world. I thoroughly enjoyed this film and, dare I say, I liked it even more than several other MCU films. I thought it was actually stronger as far as story & character development than some of the other standalone origin films (it’s way more fun than Thor, for example, as much as I lust over Hemsworth). I’ve added Captain Marvel to My Marvel Cinematic Universe Movie Ranking (HERE). I’m still on a high after seeing it so, yes, I may have it a little too far up the list but it’ll be obvious that my favorite movies are the “funny” ones and I’m happy to say that Captain Marvel has way more humor than I was expecting. Pretty ironic after all the “why can’t she smile on the poster?” idiocy, huh? Samuel L. Jackson was especially hilarious (I adore that badass motherfucker) and it was a delight seeing him with Larson: Their real-life friendship gives them a great on-screen chemistry.

Wait. No. Goose was the most humorous character! Who the hell doesn’t love Goose after seeing this movie? 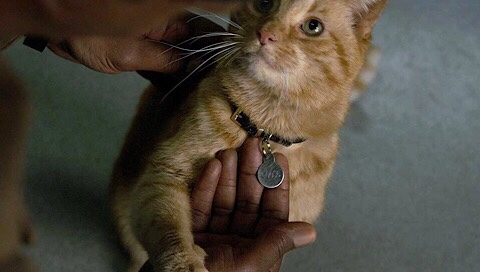 Is Captain Marvel a perfect film? No. Does it break Marvel’s formulaic superhero mold? No, other than its superhero lead being female. The movie does drag at the start but I feel the same about most other origin films. I thought they could’ve done much more with the characters played by Bening, Law & even Lashana Lynch as they were very underdeveloped. The young girl was sweet – I’d like to see more of her if they were to ever do another film (Oops – I just Googled her character! We’re likely to see her…). 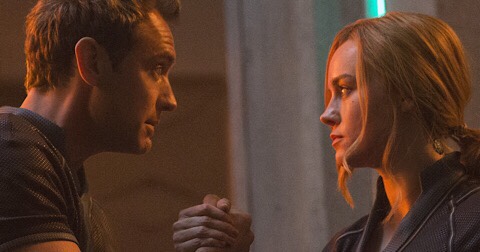 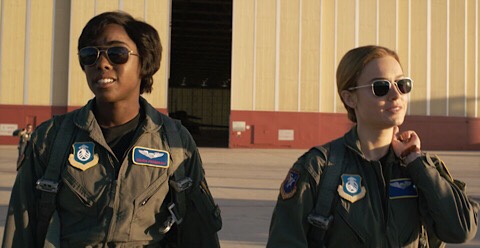 Larson was really good in this role so I’m happy she’s proven everyone wrong (not that haters would ever admit it). I’ll be honest & say that I wasn’t sure of the casting choice either as she’s so good in serious dramas such as Room & Short Term 12 and I couldn’t picture her as a superhero. And as I said earlier, the Larson/Jackson duo was great. Seeing SO much of Nick Fury was fantastic. It’s about time! I loved him and the de-aging thing was scary good. 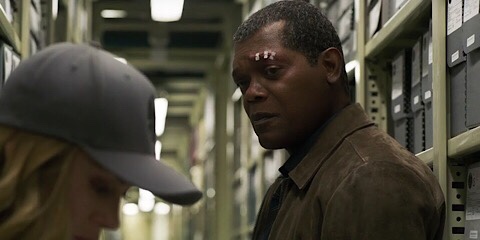 Will this movie be speaking to me more, though, since I’m female and was a similar age in 1995 so of course loved the references and the music? Probably. (No Doubt! Garbage! Hole! Blockbuster!!). So what? We all like different things and this movie won’t speak to everyone in the same way. I get that. But to trash it (without even seeing it) makes no sense to me. There’s a bit of “girl power” stuff but it’s not over-the-top or annoying (there’s actually a good message about never giving up, which is a message for everyone). In fact, this film is far less “political” than a lot of other superhero films. It’s a typical MCU film but actually more fun than a lot of them. And as for DC, I actually sort of enjoyed Captain Marvel as an overall film a little more than Wonder Woman. Sorry! I do think Wonder Woman is a stronger character. I’m a total sucker for the Eighties more than the Nineties, though, so I’ll probably prefer the next Wonder Woman. Give me 80’s music over 90’s! It feels a little sexist to compare the two but it’s hard to not make a comparison. Both these female-led films are really good examples of the superhero genre and are undeserving of backlash. But I honestly don’t give a shit when it comes to the genders of a film’s stars: I just want a good, entertaining movie. That’s what I got. 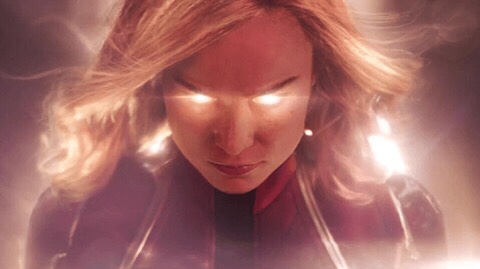 Stan Lee Cameo: First of all, there’s a lovely Stan Lee tribute at the start of the film which I’m sure has left everyone very teary-eyed. Then his cameo, fairly early in the film, was easily one of my favorites (and so adorably 90’s!). They even made a very small change to this cameo after his death, which made it even more meaningful (you can read about it HERE but it’s obviously a spoiler). 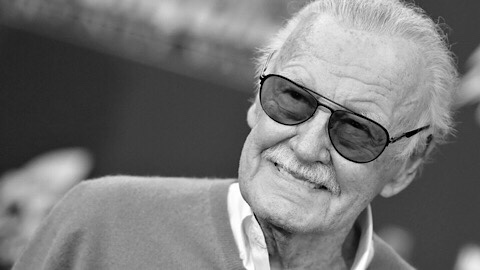 End Credits Scenes: There are two end credits scenes. The mid-credits scene has me very excited for Endgame (and got a very big reaction from an equally excited audience in my cinema). Don’t miss this scene. There’s also a funny post credits scene that got a lot of laughs from the clued-up people who stuck around (seriously, people – how do you not know by now that there are scenes after the Marvel end credits start rolling?!). Oh – and not only did the mid-credits scene get a huge reaction, all the funny bits in the film got lots of big laughs from my packed audience. So much for the “predictions” that this film would be a flop & that no one wanted to see it…

Number of people using their phones during this movie: Three. STOP LOOKING AT YOUR FUCKING PHONES IN CINEMAS, PEOPLE! It’s a bright fucking screen in a dark fucking room! Do you really think that the eyes of everyone sitting behind you don’t immediately go to your goddamn bright screen when you look at your phone?! SO FUCKING DISTRACTING. So fuck you very much to the woman who ruined the Stan Lee tribute as well as a very important moment of backstory explanation during this film by flashing her stupid phone. *Rant over*