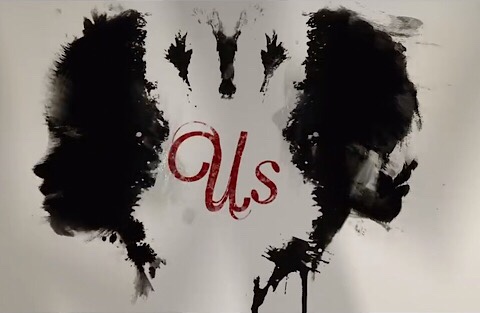 Plot Synopsis: (via IMDb)
A family’s serenity turns to chaos when a group of doppelgängers begins to terrorize them. 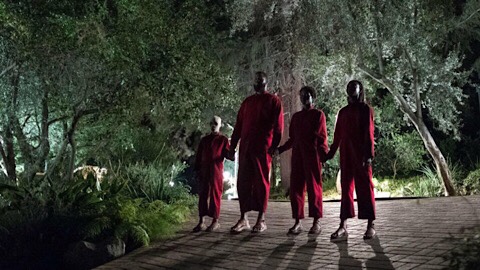 I saw Us almost a week ago and am still trying to decide how I feel about it. I think it’s a much better film than Jordan Peele’s Get Out, so I’m happy about that. I think what frustrates me nowadays is that so many people like to shout “It’s a masterpiece!” about waaaay too many current releases. If a movie is halfway decent these days, you’ll find a bunch of people with social media accounts declaring it a masterpiece. I swear if I see one more person on Twitter praising Christopher Nolan like he’s some kind of god or saying that the quite-good-but-not-brilliant La La Land is an “all-time classic!!!”, I’m gonna snap like Thanos. 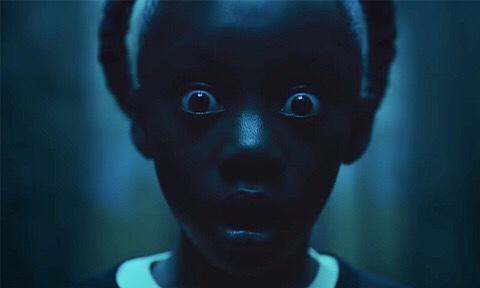 Yeah, there have been some brilliant films in the past decade. There have even been a few where I’ve been guilty of using the word “masterpiece”. I think it’s easy to do when a film lover is on a high after seeing a film they truly loved. But I think we need to see if something stands the test of time. Will Us be seen as an all-time classic 10 years from now? 20? 30? Maybe by some. I think it’ll always be a well-respected film within the horror genre. For me, Us is just a really good horror film. I won’t see it as an all-time classic years from now like I do with films like The Shining or Rosemary’s Baby. It’s not in the same league. However, I respect the film. I’m extremely grateful for “cerebral horror” and loved that this was one of those movies I looked into afterwards to read about all the symbolism and peoples’ different interpretations of the film.

I’ll start with the good: I liked the look of this film. Peele has a good eye for this and there was some great imagery (a lot in the photos in this post, although there are some I won’t post due to spoilers). I also thought the score/soundtrack was pretty great. The look & the music created the sort of moody atmosphere I expect from a good horror film (I’m a sucker for this – that’s why I appreciate films such as Mandy). I also loved once again having a likable group of people. I liked this family. Horror writers have started to finally realize that we want to like the main characters if we’re going to give a shit about what happens to them. 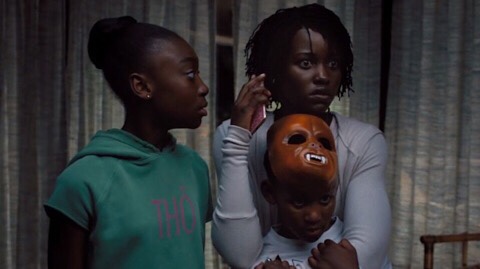 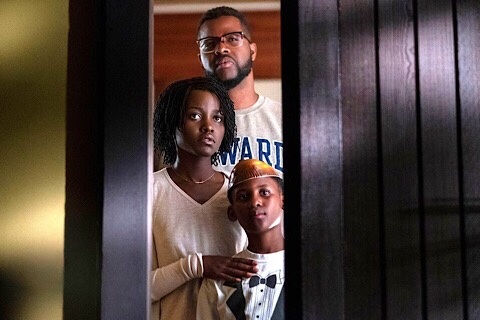 Now for some (small) negatives: For me, the main thing that will probably keep this from becoming a favorite modern horror of mine is that, if you think about the film too much afterwards, the story falls apart. There are too many loose ends and unanswered questions. While I often like this as I hate a movie that spells absolutely everything out for you, in this case you realize that too much doesn’t add up. It’s a great idea for a story, though, and I loved that. I can see why Peele is doing the new The Twilight Zone as this is that type of story. By the way, that’s my all-time favorite TV show so I’m going to be picky as hell with his reboot. All I can say is, as much as I know people are loving this movie, I’m actually expecting better stories for The Twilight Zone. I want ones that don’t fall apart under scrutiny. 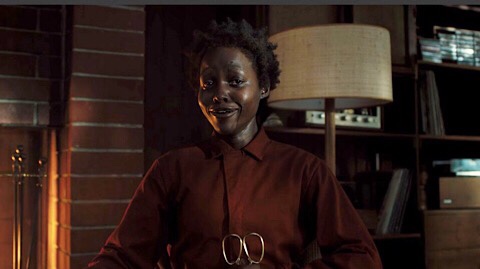 And as for one more small negative, I didn’t love Lupita Nyong’o. I really like her as an actress so that was disappointing, especially after I’d heard such high praise. I think she’s great in the main role but, as “Red” (the doppelgänger), I found the character bordering on silly. Oh man, I hate to say that! It’s a small complaint, though. Overall, I really liked the family and their relationship so that made up for the doppelgängers (all of them) not being as creepy as I’d hoped. I just really wanted to love this film. I liked it a lot. It’s very good and I eagerly await Peele’s next film. But, at this point, I don’t think Us will make it into my list of My Top Twenty Horror Movies Of The 21st Century. But it’s possible that this film is one that may go up in my estimation once it has aged a bit more. 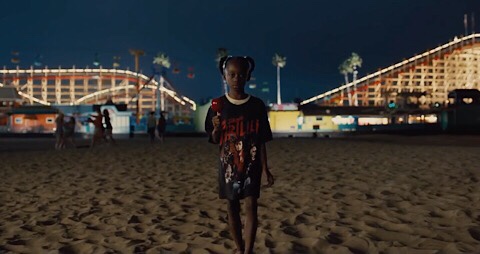