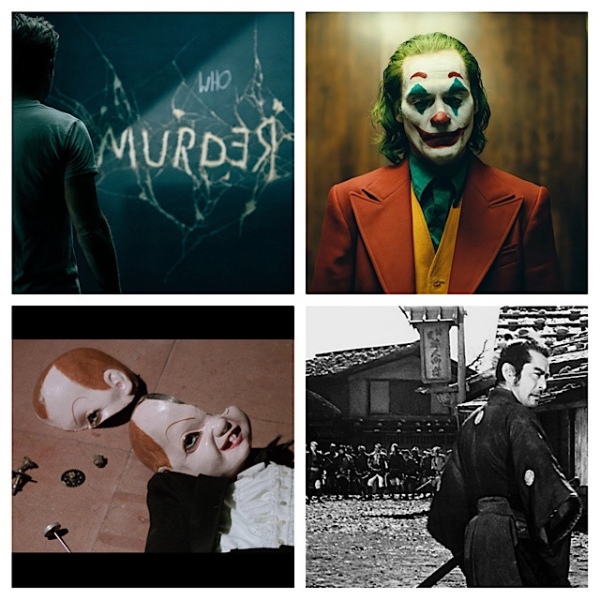 Happy (middle of) November! As I did October Horror Month again this year, I only reviewed horror movies in October. However, I did watch some non-horror throughout the month as well. As most of my horror reviews were reposts & reblogs, I’m only listing those below that I reviewed for the first time in October. (The Princess Switch feels very out of place in this list!) 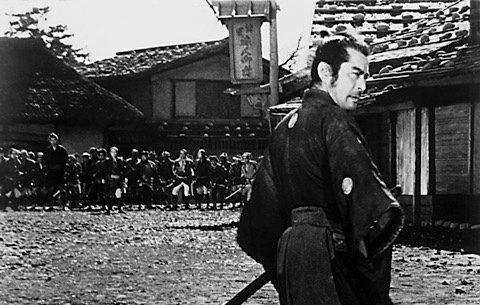 – Yojimbo – I bought an Akira Kurosawa boxset years ago and have been meaning to get around to watching more of his work as I love what I’ve seen so far. Ikiru & Rashômon are brilliant and Seven Samurai is a masterpiece. Yojimbo is also in the IMDb Top 250 so I might review it as part of my Top 250 Project. I was hoping to instead devote a couple of weeks to Akira Kurosawa on my blog but I think my blogathon days are over. I really enjoyed Yojimbo, even though I’d already seen the same story in Sergio Leone’s A Fistful Of Dollars. Which, apparently, didn’t originally credit Kurosawa & the other writer Ryūzō Kikushima. Naughty! (There was a lawsuit). Anyway, both films are great as the story is so damn good. I of course have to go with Yojimbo as it’s definitely the superior film but can see why it was made into a spaghetti western since the story was just as perfect in that setting. I highly recommend Kurosawa’s films to anyone who hasn’t seen any. Maybe I’ll manage to review his movies someday but I sure I wouldn’t be able to do them justice. – 8/10 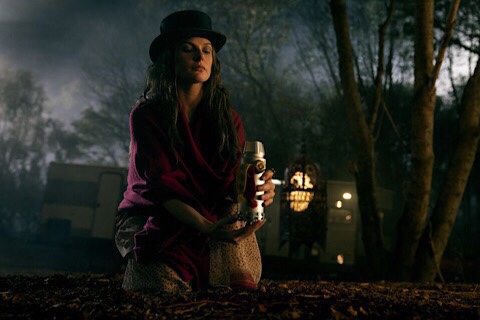 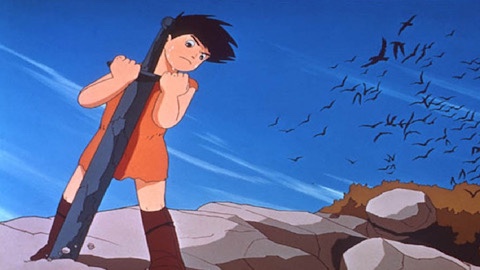 – The Great Adventure Of Horus, Prince Of The Sun (aka The Little Norse Prince) – As this is sort of a pre-Studio Ghibli film, I’ll try to do a full review of it at some point. I adore Studio Ghibli. This was made by Ghibli co-founders Isao Takahata (director) & Hayao Miyazaki (scene design & key animation). It’s a much older film, released in 1968 (17 years before the founding of Ghibli). However, it certainly shows the beginnings of the Ghibli style and has some of that great magical fantasy vibe that Miyazaki perfected in his Ghibli years. It’s not perfect but I enjoyed it and would say I liked it more than some of the non-Ghibli anime I’ve tried. I guess I just love Miyazaki’s style. The characters aren’t as strong as in Ghibli movies and it doesn’t have the beautiful weirdness of the Ghiblis but it’s a promising start and a fun story. – 7.5/10 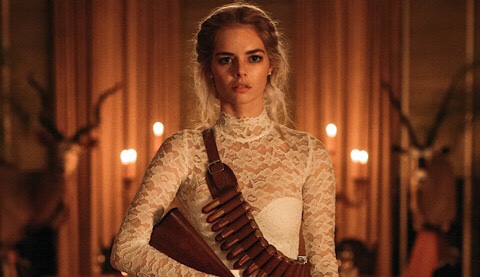 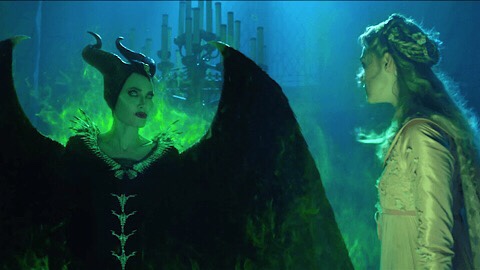 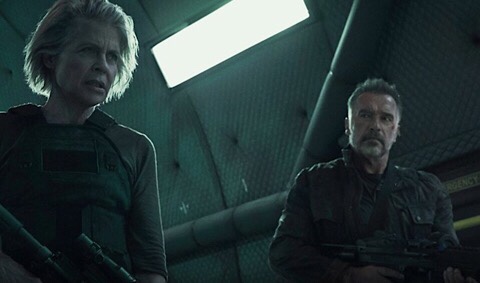 – The Princess Switch – This was fine. My daughter had watched & liked it so I agreed to watch it with her one night. It’s a wholesome chick flick that’s predictable as F*^K but it won’t do anyone any harm. My daughter was amazed when I predicted the ending within the first ten minutes. Poor kid – I told her that her mom just watches many movies so tends to know how these sort of plots go. She probably thinks I’m a pain in the ass. Anyway, I sort of liked this predictable cheese. We all need some predictable cheese sometimes. And I’m not gonna lie – I’m SO going to be watching The Princess Switch: Switched Again when that comes out. And if there’s a surprise ending that I don’t predict within the first ten minutes, I’ll want my money back. – 6.5/10 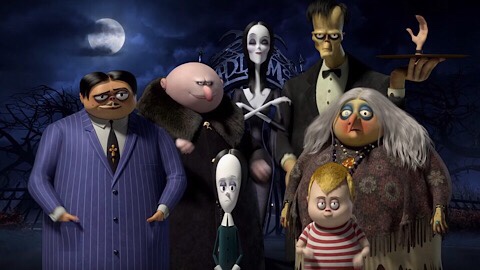 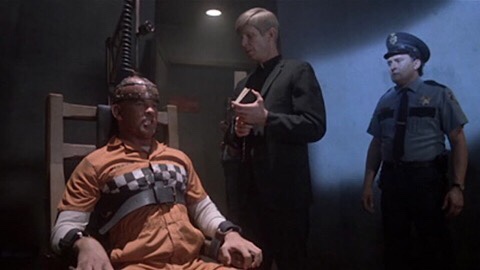 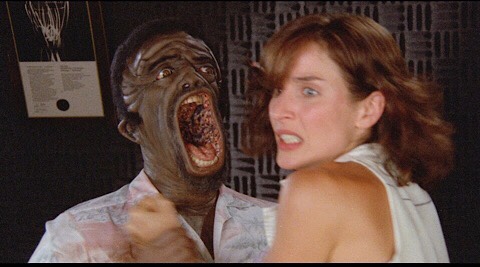 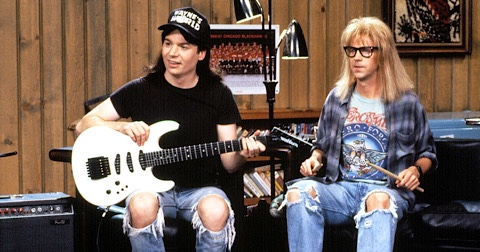 – Wayne’s World – I’m not going to do a mini-review for this movie. If I ever do review this, it needs a full post. This movie is and always will be an all-time favorite of mine. It speaks to me. It’s from my era, set close to where I grew up, I love the same music they do, I knew people exactly like Wayne & Garth, and it’s one of very few movies that I truly find funny. Okay – and I am the female equivalent of Garth Algar. I was a metal-loving, socially awkward nerd who could never talk to my crushes. I had similar hair. And I still wear Converse at all times (well, outside of work). This is the movie that I quote more than any other. I think it’s brilliant and if you badmouth it, you’re on my Shitlist and we can’t be friends. Anyway – I watched this once again the other day as my daughter loves it. She also loves Bill & Ted’s Excellent Adventure. YES! Believe me – she doesn’t just humor me as she dislikes plenty of favorites from my teenage years. I take it as proof that these two films are timeless classics. Yes, I’m serious. Wayne’s World is a comedy classic. It deserves more love. – 9/10

– The Goldfinch by Donna Tartt – Holy SHIT it’s never taken me so long to finish a book. It took months. What a slog. To be honest, it’s a good book. I suppose. At least, the story itself was good. It just honestly didn’t need to be so long. I wouldn’t have minded if the characters were more likeable but, after THAT many pages, you’d think you’d connect with or at least care about the main character. I can’t say that I cared although I did feel a little sorry for him & what he’d been through. His time in Las Vegas especially dragged. Good god. Luckily his friend Boris was highly entertaining, which helped keep me going along with wanting to find out what the hell was gonna happen with The Goldfinch painting. Apparently the movie was boring as hell too according to reviews. That’s a shame, as I think there’s enough content here to make a decent film. – 3/5

Currently Reading The Institute by Stephen King – I’m really enjoying this one so far. I’ll probably be finished by the time this posts so I’ll review it soon.

Er, The Walking Dead has started up again. I watched an episode. Or did I watch two? Hard to keep track since nothing ever happens in this fucking show anymore. I know I need a new show to watch but don’t have the time to devote to anything new. What I miss are half hour sitcoms. Why don’t they make sitcoms these days?! I watch worthy enough films – I want lightweight TV so I can switch off my brain. But NOT reality bullshit. A good old sitcom like Seinfeld. Or Friends. Yeah, I like Friends – I’m not one of these anti-Friends snobs! Anyone have any recommendations?? 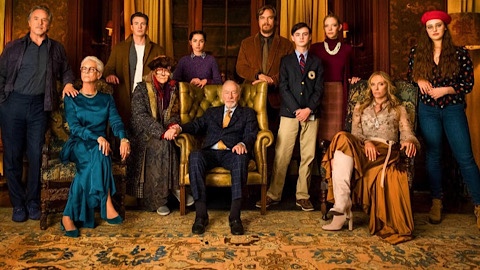 November already?! Shit. I’m not ready for Christmas. It’ll be a quiet month on the blog as I’ll be too busy to do many posts. I’ll try to do a post for my 7-year blogiversary at the end of the month.

November Releases I May Want To See: (wow – a lot coming out!)

– Brittany Runs A Marathon – Meh. Definitely one to wait for on Netflix.

– The Aeronauts – This one looks… Odd. As in, it may be brilliant or it may be a steaming pile of shit. Can’t call it from the trailer.

– The Good Liar – Oh, this looks exciting from the trailer! I do love Helen Mirren & Ian McKellen. Proper ACTORS! Want to see this. (It’s out now. Damn – reviews aren’t good).

– Luce – Don’t know much about this. Looks like it may be another one to wait for on Netflix.

– Driven – Another one I don’t know anything about. Meh.

– Le Mans ’66 – Is this seriously called Ford v Ferrari in America?? That’s a better name. Doesn’t really look like my type of thing but the trailer does look good. Want to see this.

– Last Christmas – I’m not a big girly movie girl but do enjoy these kind of films when they’re decent. Plus this has the hot husband from A Simple Favor & Crazy Rich Asians. I’d be a liar if I said I had no interest in seeing this. Looks fun. (This is out now too and also has bad reviews. Damn!!)

– Little Monsters – Another zombie comedy horror?? I’ll definitely watch this as it’s a sub genre I really enjoy. Sad to see the reviews aren’t the best.

– The Report – I’m sure this will be decent but these kind of dramas are SO not my thing. I tend to only watch them if they end up being nominated for lots of Oscars.

– Frozen II – Oh, I’ll definitely go to this. I happily admit that I still think Frozen is great. My daughter is getting to the age where she’s pretending she has no interest in going to see Frozen II. Think she’s slowly changing her mind…

– Greener Grass – And another I know nothing about. I need to watch some trailers. It says it’s a comedy so, who knows? I hate most modern comedies.

– 21 Bridges – Cop drama? Again, not really my thing. Will see what reviews are like.

– Ophelia – Again, one for Netflix but would like to check out Daisy Ridley’s performance.

– Knives Out – This is the one I’m most looking forward to in November. Hope it’s great! Love the star power in it.

– Charlie’s Angels – Meh. May wait for Netflix. Give me Drew Barrymore instead!

– The Nightingale – A horror from the director of the brilliant The Babadook?? DEFINITELY want to see this.

I’ll end this post with with Judy Garland singing Somewhere Over The Rainbow. I thought Judy was a great film and I’m very glad I watched it.