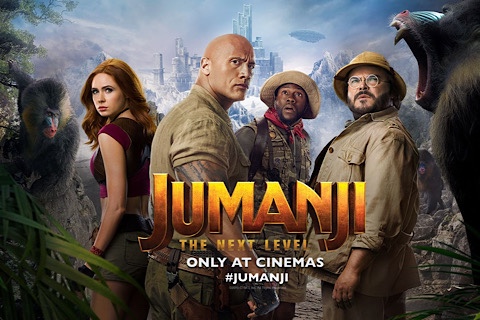 Based on Jumanji by Chris Van Allsburg

Plot Synopsis: (via Wikipedia)
This time, the adventures continue in the fantastic world of Jumanji, where nothing is what it seems to be. The players must return to the dangerous game; however, their characters have exchanged with each other leaving us the same heroes but with different looks. Moreover, we must find out where the rest of the players are in order to beat Jumanji again.

I honestly kind of love these new Jumanji films. There aren’t enough good live-action “family” movies nowadays and they fill that gap perfectly. We had so many fun family movies in the 80s! Why do they make so few now? And by good I mean ones that are enjoyable for all ages. A lot of family films are aimed at pleasing only the kids in the audience and they’re a waste of time. Family movies don’t have to be dumb or boring for anyone over the age of 10. I want to take my kid to movies that I enjoy just as much as she does, dammit. And we (and the hubby!) thoroughly enjoyed this and Jumanji: Welcome To The Jungle.

I’m old. I was an adult when the first Jumanji came out in 1995 so it’s not special to me in the same way that it is to those who were kids at the time. I do like it as I really liked Robin Williams but I think this reboot(?) has been fantastic. And, admittedly, the first one is very dated in that way that so many 90s movies with certain special effects now are. As much as I normally hate reboots, etc, they can sometimes work when they get them right. Those who loved the 1995 film will now have (or soon have) kids they can watch these with and updating it into a video game was a wise choice. But, mostly, the new ones are damn funny. Good writing and a good cast has made for two really good family cinema trips. For me, they took a great original idea and managed to improve on it with these. 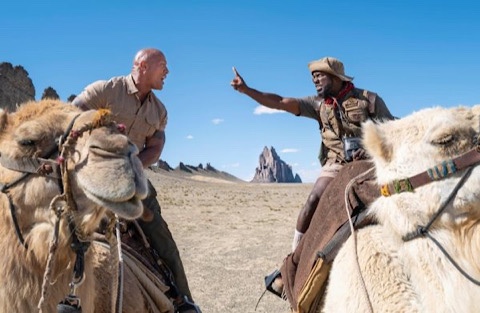 I won’t ramble on forever since I have lots of 2019 movie reviews to catch up on. If you liked Welcome To The Jungle, you’ll like this. If for some strange reason you didn’t like the last one, you won’t like this. Yes, it’s essentially the same story again but mixing up the characters was a great way to make this one different from the last. It was funny to see who was better at acting out different people this time. Surprisingly, Kevin Hart was a big highlight as he’s hilarious doing Danny Glover impressions. Spot on! And his bickering with Dwayne Johnson was a delight. I can’t say I really believed Johnson as Danny DeVito, though, and I always love Jack Black but he’s still best as Bethany (Madison Iseman). It didn’t matter too much, though, as it was still funny and there’s an extra surprise in store that I won’t spoil. Oh, and I loved seeing DeVito & Glover for a decent amount of time before getting into the game. I’m ready for this to be a trilogy (and I’m sure that’s likely, as is hinted at in an end credits scene). 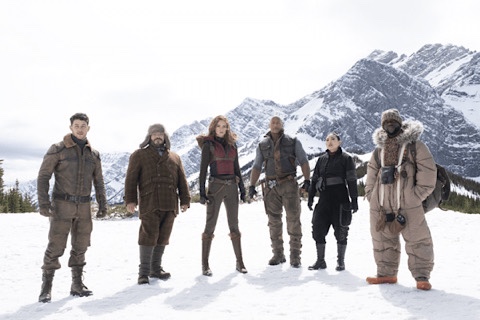