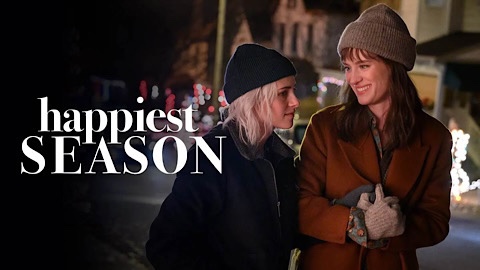 Directed by & Story by Clea DuVall

Plot Synopsis: (via Wikipedia)
The film follows a woman who struggles to come out to her conservative parents while she and her girlfriend visit them during Christmas. 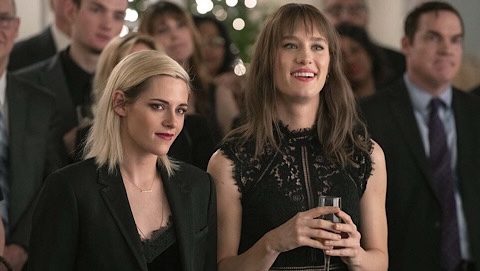 First of all, can I just say that I hate watching Christmas movies during any month other than December?? Seems pointless. At least the U.K. did get this before Christmas (I think??) – I just didn’t have that streaming service at the time. So, I suppose it lost a tiny bit of that special “Christmas feeling” by watching this in May but it’s also not an overly Christmassy film anyway despite being set in that time period. So watch it now if you want! It’s still enjoyable. It looked like it could be decent so I didn’t want to wait until December. 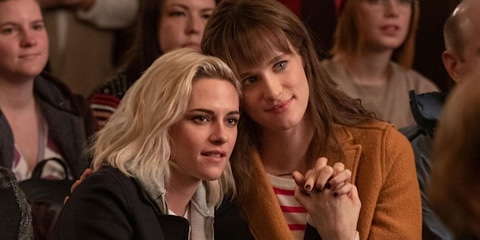 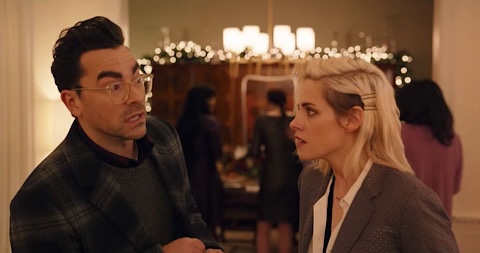 I liked this one. I’m not one of these Kristen Stewart haters but I’m also not of the generation who seem to absolutely love her for some reason. I don’t have much of an opinion on her one way or another but she was good in this (and very good in the film Underwater that I watched the other day & will try to review this week – she carried that whole movie). I liked her relationship with Mackenzie Davis in this and wanted them to live happily ever after & all that but I didn’t really feel they had much chemistry. Stewart’s character was more likeable & sympathetic and I kept thinking she might be better off with Aubrey Plaza. Well, they were still fine as a couple but a lot of the other characters helped to make this a really enjoyable movie. It was a bit slow to start but picked up when the family of the Mackenzie Davis character showed up as well as Dan Levy, as Kristen Stewart’s friend. 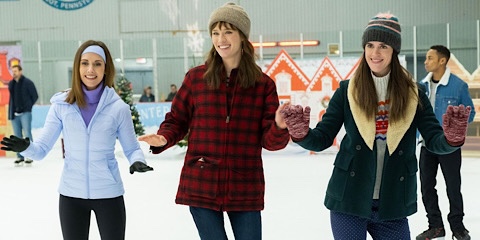 Victor Garber & especially Mary Steenburgen were great as the parents of Mackenzie Davis, whose house the couple stay at for several days over Christmas. Steenburgen was hilarious as the type of mother who wants her family to be perfect and is always making snide bitchy comments. Her treatment of the, I think middle?, of the three sisters was especially funny – that poor girl is always pushed aside and never lives up to expectations like the other two sisters do. Besides Stewart, my favorite characters were the middle sister (played by Mary Holland), Steenburgen as the pushy mother, and Dan Levy as Stewart’s friend. Don’t think I’ve seen Levy in anything before (I’ve not seen Schitt’s Creek). He was funny & I was glad he ended up in the movie a bit more by the end. We also had some fun sibling rivalry between Davis and her “bitchy” sister Alison Brie plus Aubrey Plaza, as I mentioned earlier, who plays a family friend & former secret girlfriend of Davis. I find Aubrey Plaza hit or miss but this was a good character for her.

I especially enjoyed this movie because it was “pleasant”. That sounds like a horrible compliment but I do mean it in a good way as there have been FAR too many dreary & depressing drama movies during this pandemic. I think we could all use a break from that! Sometimes you just want a lightweight rom-com with good characters & a fun sense of humor. The characters are what really make this film & it’s great that they had so many good ones. And I want to read the book the middle sister is writing. Her painting was pretty good too. Stop being mean to Jane!