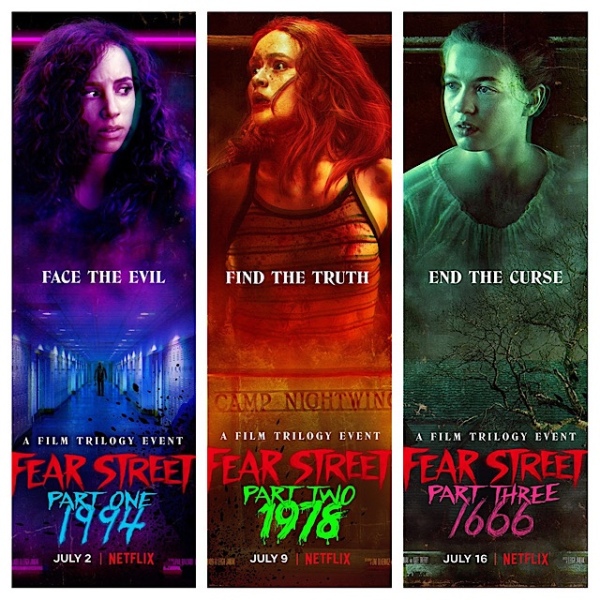 Based on Fear Street by R. L. Stine

Starring: Pretty much everyone from the first two films (even the dead ones, which is a little silly!)

Plot Synopsis (via Wikipedia – this is for the first one but covers all three films which are just set in different years):
The film follows a group of teenagers in Shadyside who are terrorized by an ancient evil responsible for a series of brutal murders that have plagued the town for…