Plot Synopsis: (via Wikipedia)
The film tells the story of 90-year-old Lucky as he comes to terms with his own mortality and searches for enlightenment. It was one of Stanton’s final onscreen roles before his death.

This was just fantastic. Being a fan of Harry Dean Stanton, I’m not sure why it took me so long to get around to watching what I knew was one of his final films before his death. 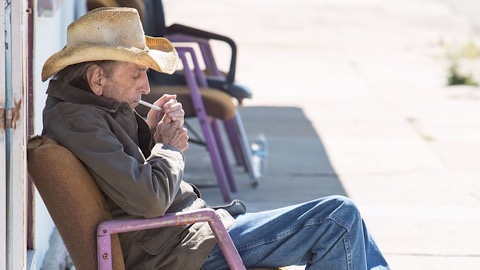 Stanton rightly deserved the praise he got for this role. He’s absolutely brilliant as Lucky. You can really feel the emotion in this film, as he comes to terms with his own mortality as well as that of his character. And the emotional impact of that final shot is up there with the image on the swings in Ikiru. Utterly devastating yet uplifting at the same time. Only the very best films and/or performances manage that extremely tricky combination without coming across as contrived. Harry Dean Stanton does it perfectly. 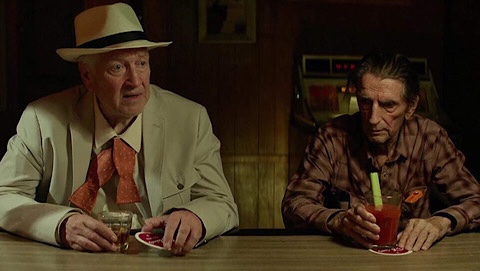 This movie reminded me a lot of Steve Buscemi’s Trees Lounge, which I watched recently and also really enjoyed. Not the story but the way they both showed “local community Americana” and the different types of people who make up those communities & how they interact. I’m always a sucker for small-town-America-with-quirky-characters movies. Growing up in very small-town America, I can totally relate to movies with that sort of setting and have a real love/hate relationship with the town I grew up in. I couldn’t wait to escape it but I also can’t imagine wanting to be anywhere else when I die. Morbid. Sorry! Contemplating my own mortality myself lately. However, I grew up in a town in the Midwest & not in a lovely small desert town in California like in this film. Almost made me want to change my dream of retiring in Maine to retiring in a town like this one instead. Such beautiful scenery.

I haven’t done a blog post in a while so wanted to just quickly write something about Lucky as I found it very moving. I clearly love the art of cinema and it’s because of films like this one. I don’t normally care that much about the performances or choice of actors, as long as they aren’t “bad” at acting, but Stanton is fantastic in this. I agree with the film’s poster that it’s the performance of a lifetime. And I think that when you reach the age of 90 that you should be allowed to go around shouting “C*nts!” as much as you want.

R.I.P. Harry Dean Stanton. You’re missed but your performances will live on. 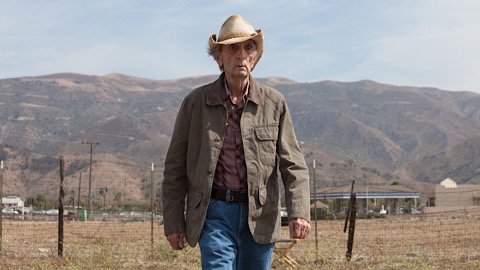