Based on What You Don’t Know by Lulu Wang

Plot Synopsis: (via Wikipedia)
The film follows a family who, upon learning their grandmother has only a short while left to live, decide not to tell her and schedule a family gathering before she dies. 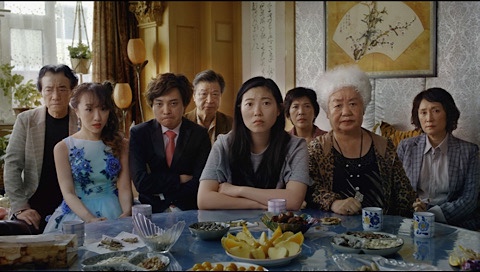 This was a really good & heartwarming family film. I wasn’t sure how I’d feel, as Awkwafina can be a little annoying (like in Crazy Rich Asians, although she was also kind of fun in that). But that was a comedy and she’s good here in a very different & much more serious role. It’s not too serious, though. Although a sad topic, this isn’t a dreary film. It’s a lovely film with a likeable family but also plenty of humor. 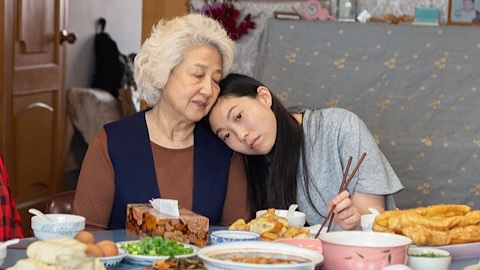 The film is based partly on writer & director Lulu Wang’s real life experiences. In the story, a family learns that their grandmother has cancer & is dying so they decide to not tell her & instead plan a family gathering by pretending a grandson is going to get married. Granddaughter Awkwafina, having lived in America so long and now being a part of that culture, doesn’t agree with the truth being kept from her grandmother although it’s a common thing to do in China. The grandmother is great and the family feel real. They aren’t perfect and they have their differences & disagreements but they are also clearly very close. I’m afraid this isn’t sounding very exciting from my description! This isn’t some boring tearjerker (it’s a comedy drama). The characters are well developed and you care about them, which can’t be said for a lot of movies. It’s fairly lightweight – it’s not a hard-hitting drama. It’s a perfect Sunday afternoon family film without too much drama and without being too saccharine.