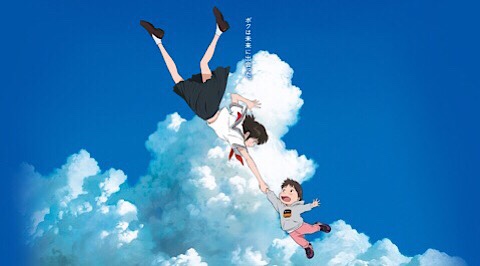 Plot Synopsis: (via IMDb)
A young boy encounters a magical garden which enables him to travel through time and meet his relatives from different eras, with guidance by his younger sister from the future. 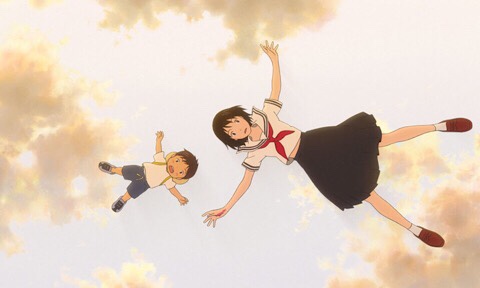 Mirai is the third film I’ve watched from director Mamoru Hosoda after Summer Wars & Wolf Children. Wolf Children remains my favorite by far as it has the most well-developed characters & lovely animation while Summer Wars has a unique story and style. Mirai was a little disappointing in comparison but there’s still a lot to like about it, not least of which was seeing how much my daughter enjoyed it (it’s her favorite movie of the year – I’m raising an anime fan!). 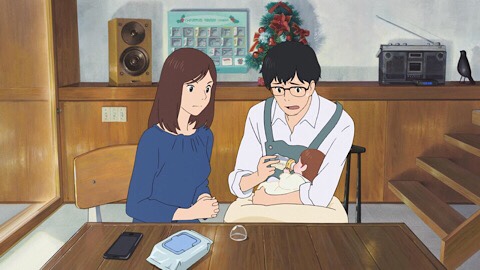 I’m always a big fan of any stories involving time travel so Mirai’s plot certainly appealed to me. The young boy in the story gets to visit relatives in the past, with the help of his newborn sister’s future self, in order to gain a better understanding of his family and his place within it. It’s a great concept that doesn’t work quite as well as it could have. The stories aren’t as moving as they could’ve been, other than one involving his great-grandfather (who is an animated hottie, by the way – what a stud). I loved that story and wanted more like it. Unfortunately, I don’t think we learn enough about the future selves of our two main brother & sister characters. We don’t know if the boy really changes his ways, either, based on the little we see of his future. I’d have liked to see more of a connection between the brother & sister as this relationship was the main focus of the story.

I think the biggest problem, which didn’t bother me so much but will get on some people nerves, is that the boy is, well, a brat at first. But that’s kind of the whole point of the movie. He’s young (not sure if they say his age – he seems to just be coming out of the toddler stage) and he becomes very jealous of his newborn baby sister and all the attention she receives. If you don’t like kids, as I’ve noticed many people don’t, you’re unlikely to fully enjoy this one. I had a toddler, although I never had to deal with sibling rivalry, and I know they can be a pain in the damn ass. Those tiny humans are insane. So the boy being a little bratty in this didn’t bother me as it felt realistic and having his new sister visit him from the future is a brilliant idea for a story. 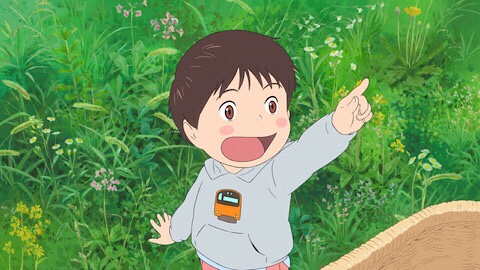 Well, I did enjoy this film even though it’s not going to be a very favorite anime movie of mine. I’m sure it’ll grow on me as I’m likely to see it multiple times on DVD thanks to my kid. I feel kind of similar about this one as I did about Makoto Shinkai’s Journey To Agartha, which I reviewed earlier today. I just need something to be as good as all the Studio Ghibli stuff. Or Akira. That’s probably asking too much. I think I’m going through all the anime films too quickly since starting this blog. I’ve watched all the best! I’m afraid nothing will live up to those now. But I’ll still keep watching them just in case…