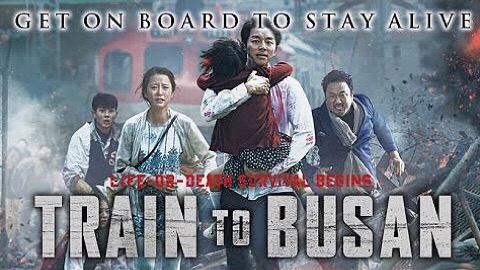 Plot Synopsis: (via Wikipedia)
Train to Busan is a 2016 South Korean zombie apocalyptic action thriller film. The film takes place on a train to Busan, as a zombie apocalypse suddenly breaks in the country and compromises the safety of the passengers.

Happy Halloween! This is my final movie review for October Horror Month & I’ll post a recap later ranking all 32 horror movies I’ve watched in the past year. I’m ending with Train To Busan as it was my favorite horror that I saw this year. Well, that I saw at home – there’s one I saw in the cinema that I’ve ranked as number one. 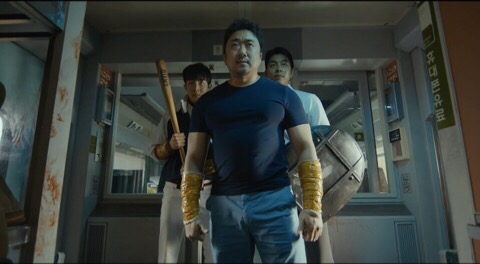 So why was this movie so good? More than anything, it was the characters. How many times does it need to be said that we need characters we actually give a shit about if we’re meant to care if they survive or not? Why do so few horror movies bother to spend any time developing their characters? I’m not saying Train To Busan was perfect but we got to know the main characters really well and there was just enough time spent on several of the lesser characters too, making for a much more enjoyable (and intense) experience for the audience.

Yes, this is another “apocalyptic zombie film” and we’ve had loads of these in the last several years. However, this is a genre I’ve adored ever since falling in love with Romero’s original Dawn Of The Dead a good twenty years ago & I have yet to tire of these films. As long as they’re done right, that is. There are too many shit ones lately. Train To Busan is done right and I highly recommend it, even if you’re getting sick of zombie movies. 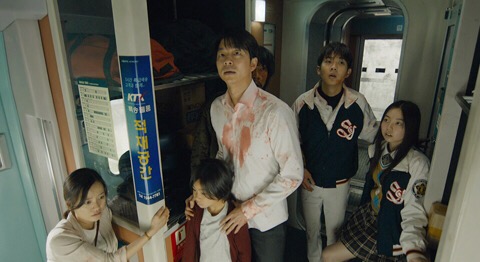 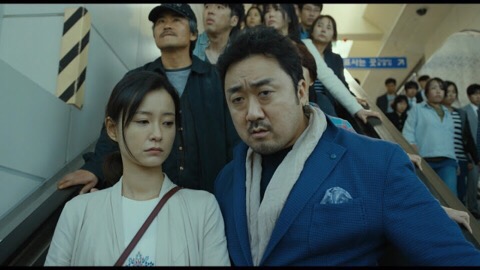 I know this is my last review of the month but I’m going to keep it short due to lack of time but, also, there’s not much more that I can say about this movie. The story, set mostly on a train (believe it or not!), is just original enough to feel like a somewhat fresh take on the zombie thing. The action moves along at a nice pace and the gore is at the right level (nothing overboard or extreme). And, most importantly, we get to know the characters and want to see them survive this sudden plague. Mainly: a father & his young daughter and a man & his pregnant wife. I loved seeing these strangers come together while trying to survive this violent outbreak. I’m so glad I finally got the opportunity to see this one and I hope that more people will check it out. It’s a good human story that I think even those who don’t necessarily love horror films might like.