I haven’t finished writing my July Roundup post yet but, again, I’ve ended up writing a bit too much about a movie to include it in the monthly roundup of “brief” reviews. So here’s a review on its own for the best film that I watched in July… 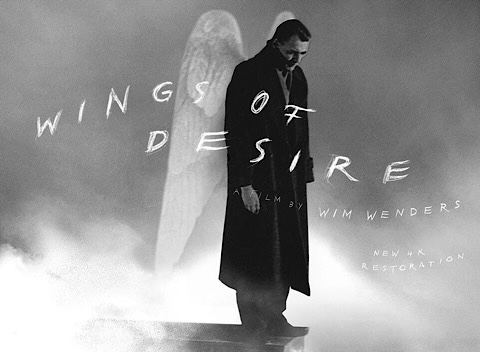 Plot Synopsis: (via IMDb)
An angel tires of overseeing human activity and wishes to become human when he falls in love with a mortal. 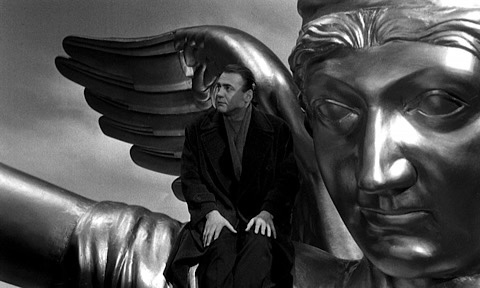 I’d been wanting to see this for years so was sooooo happy when it turned up on Film 4 (it’s still available on the All 4 rewatch thingymabob for a couple more weeks, FYI). Not gonna lie: I saw City Of Angels when it came out & really liked it and its interesting idea involving immortal angels who observe us so have since been curious about the original film. I do wonder how City Of Angels has held up – I should rewatch it. But, wow – they really are very different movies. Wings Of Desire is obviously the superior film, of course, and I liked it a lot. I’ll be honest, though – it’s very “arthouse” so is not one for a mainstream movie audience (which is probably why they made City Of Angels as the story itself is good). 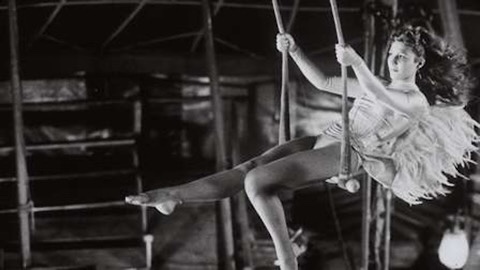 I feel bad with films like these as this obviously deserves a really good write-up but I wouldn’t know what to say about it. There will be great articles out there from proper film scholars & shit. I’m only really qualified to write reviews of things like Road House, etc. “A polar bear fell on me.” Hahaha! I love that movie. No one says that in Wings Of Desire & no one gets their throat ripped out. Well, Patrick Swayze’s character Dalton was all into philosophy and the angels in Wings Of Desire spend the whole movie listening to people’s thoughts on the meaning of their own existence & shit so, hey, maybe Road House Dalton isn’t so different from these angels! Apart from the throat ripping. 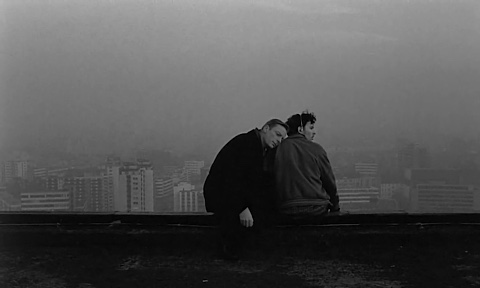 Yes, this whole movie involves angels listening to people thinking about the meaning of their own lives. Wings Of Desire is way existential (that’s a Clueless quote, FYI). You know, I use that Clueless quote a lot but I think this is the first time I’ve used it within the correct context! Yay, me! So, if you’re having an existential crisis, this may be the movie for you. Or… maybe you should avoid it if you are?! Hmm. Anyway, there are some great memorable & powerful moments (such as in the image above). And I really liked the main characters: Two angels & a mortal trapeze artist (who one of the angels falls in love with – a trapeze artist is more fun than Meg Ryan as a doctor) plus Peter Falk as a movie director/star was fantastic. Didn’t know he was in this! “As you wish“! 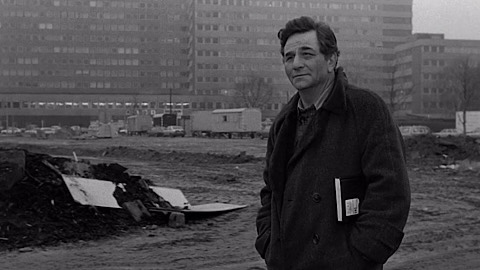 Before I finish I really need to mention another brilliant movie, A Matter Of Life And Death, as these two films have so much in common. I think it’s fairly well known in the U.K. but not outside the U.K. for some reason. I take every possible opportunity to recommend it because it’s a fantastic film. My short review is in the above link & here’s the IMDb synopsis if you’re curious: “A British wartime aviator who cheats death must argue for his life before a celestial court.” Both films also make use of something I really loved visually but don’t want to give it away if you know nothing about either of them (although if you go looking them up online you’ll see what I mean). But if they sound like your type of thing, I’d suggest going into them knowing as little as possible. I’d definitely recommend both of these films but I do prefer A Matter Of Life And Death overall & it’s the one I would suggest watching first of the two. The two together would make for an amazing double feature! Good stuff. 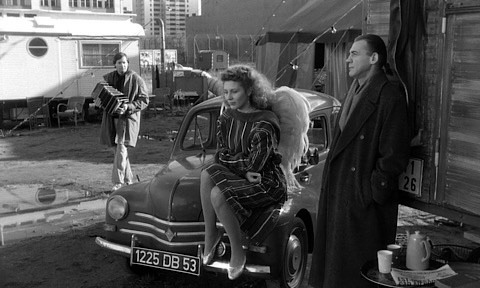 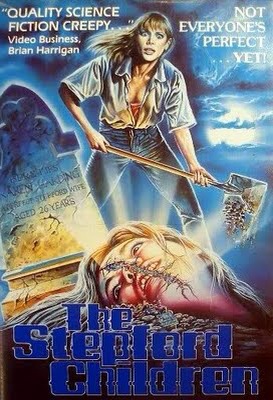 Plot Synopsis:
The Stepford Children is one of three made-for-TV sequels to the 1975 film The Stepford Wives. In this sequel, Steven and Laura Harding & their teenage children David and Mary have just moved to Stepford. Steven joins the town’s mysterious “Men’s Association” and Laura and her children soon begin to realize that something isn’t quite right in all-too-perfect Stepford. 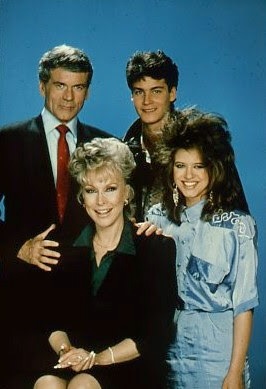 You know how, when you’re young, you watch something and become really fond of it and still like it years later even though you know it’s not “good”? This TV movie is probably my biggest guilty pleasure. None of you would like it & I’m not recommending it. I’m just going to talk about it because I LOVED THIS THING when I was about 13 and watched the videotape I’d recorded it onto over and over until finally tracking down a VHS copy years later in the UK where I believe it actually had a limited cinema release. The VHS tape had that dodgy cover at the very top of this post. Hilarious! No one in the movie looks anything like that. Here’s an old ad I found for it & it’s much more accurate: 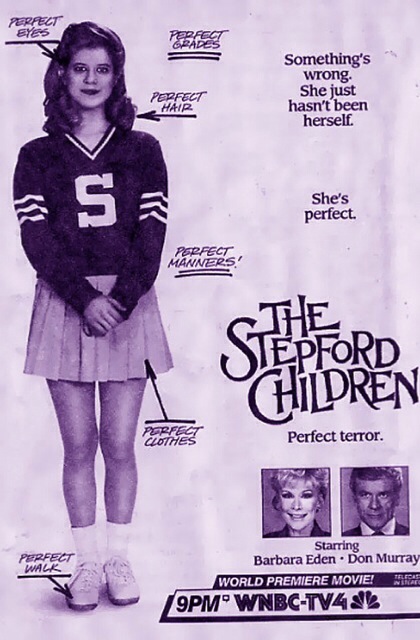 The girl in this ad is Tammy Lauren and she was one of several actresses I was obsessed with as a teen (I discussed this recently when I talked of my love for Catherine Mary Stewart in my Night Of The Comet review HERE. Oh – and I’d like to add that Catherine Mary Stewart and Kelli Maroney, the other girl in that film, both retweeted me & now follow me on Twitter. Freaking awesome!!!). 😉

I loved Tammy Lauren in The Stepford Children – she had her own style and a cool attitude and didn’t always follow the rules so of course didn’t fit in when her family moved to Stepford, where all the wives and children were a little too “perfect”. I always wondered why she wasn’t in more stuff beyond TV other than Wishmaster (she was also in another great TV movie called I Saw What You Did – maybe I’ll review that next October! I’m sure you all can’t wait for that…). Look at her hair! Oh how I remember my Aqua Net days… 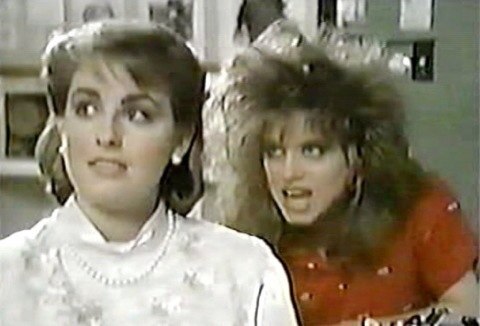 Anyway – does everyone know what The Stepford Wives is about? I’m not talking about that awful remake with Nicole Kidman! I mean the 1975 film that’s a bit of a cult classic. You know – this thing: 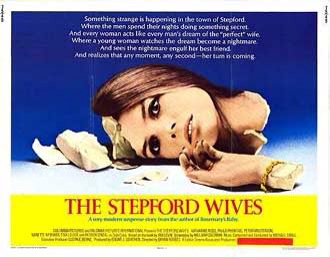 Well, I saw The Stepford Children with no knowledge of The Stepford Wives so it probably helped my enjoyment a bit as I wasn’t 100% sure what was up with the strange women & children of Stepford. I just really liked the two teens (Tammy Lauren & her brother, played by Randall Batinkoff). Oh, and I just looked Randall Batinkoff up at IMDB HERE – he’s turned into a hottie! Anyway… Where was I? God this review sucks. Basically, I liked this movie because of these two plus the boy’s girlfriend, who was the only other teen living in Stepford who appeared to be “normal”. Their dad joins the “Men’s Association” after they move to Stepford and they (and their mom – played by I Dream Of Jeannie’s Barbara Eden) start to become suspicious of this organization and the odd behavior of the Stepford residents. It’s all very predictable & silly and the ending, which kind of freaked me out at the time, will honestly just make you laugh if you somehow manage to watch this now. Here’s a spoiler-y glimpse: 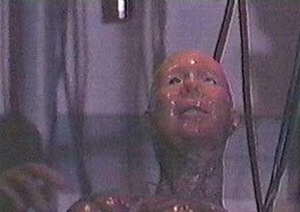 Yeah… I know… A little dodgy. How about this? 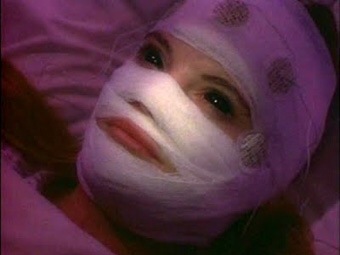 Lol! I don’t care. I love this movie and I know it’s because I was young when I saw it & I just really bought into the characters & story at the time. It’s a fun made-for-TV movie and, for years, I’ve been wanting to see the one they made after this one (The Stepford Husbands). I like the sound of THAT – I’d like to order up the Chris Hemsworth model! Seriously, though – if you have the slightest bit of interest in these films, just watch the original Stepford Wives. The idea of “the perfect wife & family” was a little more relevant to 1975 and is probably partly why none of the later films really worked (especially that godawful remake in 2004 – it was a very old-fashioned concept by then). The Stepford Children is probably about as good as these horrible grainy images look but I still love it anyway. (And, yes – I did rewatch it again recently for this review). 😉 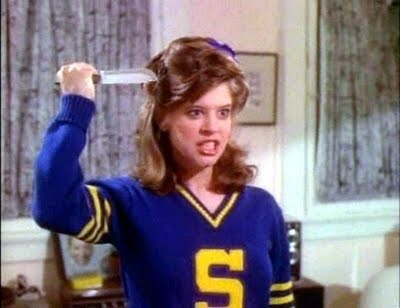 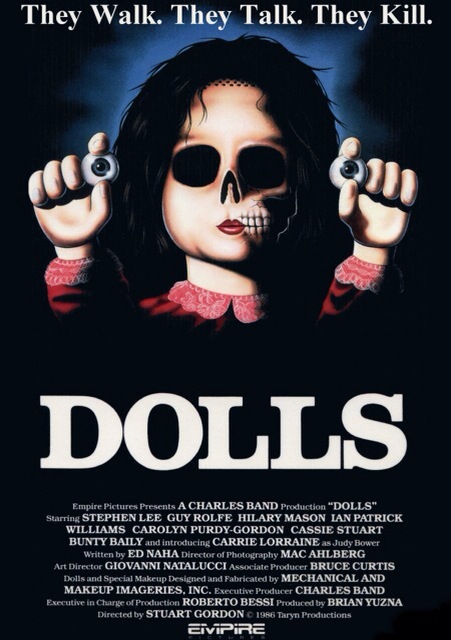 I’ve done of review of the fantastically cheesy 80’s horror film Dolls for Tyson Carter’s ‘Recommended By’ Blogathon over at Head In A Vice. I somehow managed to miss this film in the 80s and liked the sound of it from Laura’s review of it HERE over at FilmNerdBlog.

You can read my review of Dolls on Tyson’s site HERE. Thanks for letting me participate, Tyson! And thanks for always reviewing such wonderful and somewhat obscure films, Laura! I always discover some great stuff on your blog. 🙂