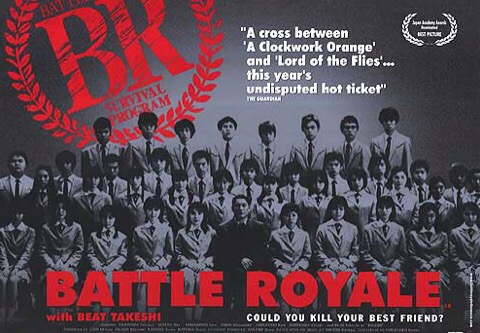 Based on Battle Royale by Koushun Takami

Plot Synopsis: (via IMDB)
In the future, the Japanese government captures a class of ninth-grade students and forces them to kill each other under the revolutionary “Battle Royale” act. 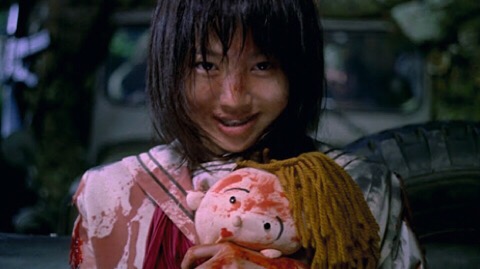 Here’s a quick list of links to my 2016 Blind Spot Reviews so far, including where I’d rank Battle Royale:

I put Battle Royale on my Blind Spot list as I really have wanted to see it for years. I put it off mainly because I’m kind of a wuss with violence so I was waiting for a time when the hubby could watch it with me (Thanks for finally watching this with me, dude!). I didn’t have to annoy him by asking him what was happening, though. It was of course violent but not “gross” – I was able to watch all of it. However, I think I’d hyped it up too much in my mind all these years as I’m sad to say that I was a bit disappointed with the movie overall. 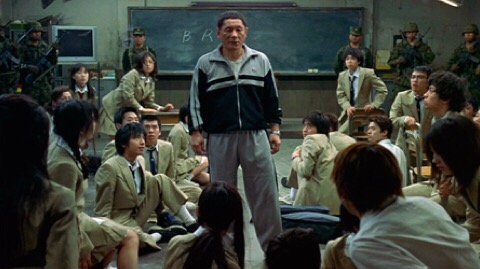 Now, calm down Battle Royale lovers! I’m not saying that I didn’t enjoy it. I enjoyed it quite a bit & I think it’s one that might go up in my estimation once my initial disappointment has worn off. I’ve not read the book so I don’t know how faithful the movie is but I was surprised to find that it was far more shallow than I’d always imagined it must be. Maybe the book is a bit deeper & more of a social commentary? Has anyone here read the book? I have to say that I’m definitely now interested in checking it out to see how it differs as I did really like the story & characters. 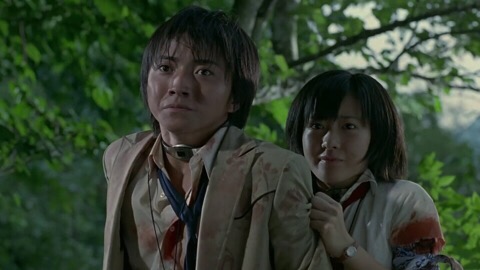 I can see why Quentin Tarantino loves this film – it’s a thoroughly entertaining action movie with loads of violence that seems to have no consequence. It’s a Japanese Tarantino movie. Not that there’s anything wrong with that – I like his movies and do, first and foremost, want a movie to actually entertain me. Battle Royale certainly did that but it’s also nice when you’re entertained plus get a little something more as well… Anyway, it’s cool that Tarantino cast Chiaki Kuriyama (below) in Kill Bill as Gogo Yubari. One great thing about Battle Royale is that there were some really kick-ass female characters! I always love that. 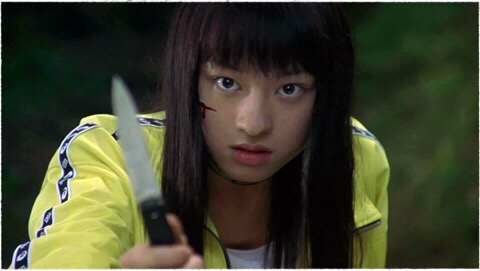 It’s interesting that my two favorite Blind Spot movies so far are mega violent but I have to say that I thought Natural Born Killers was the better “film” whereas I think I enjoyed Battle Royale more. Yeah, I’m pretty sure that it’s one that will only go up in my estimation if I watch it again or read the book. I think it may just be that the message was more clear in Natural Born Killers than in Battle Royale (whether or not you agree with its use of excessive violence to show us how wrong it is to glorify violence). 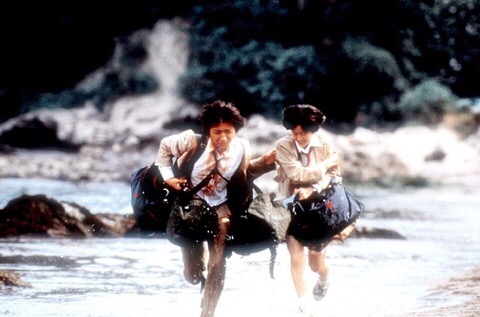 I don’t mean for this review to sound so negative as I did really enjoy the film. I guess I’m still sorting through my feelings on it as I type this but I already know I like it even more now than when I watched it a week ago. It’s extremely rare that I re-watch movies nowadays (no time for that) but this is one I do want to re-visit fairly soon. I think one problem may be that Battle Royale has so many characters that it was hard to keep track of them all on the first watch. It’s also hard to fully develop so many characters but this movie did actually do quite a good job with even some of the lesser characters considering how little screen time they got. The main characters were very strong and the movie did well with them – I’d like to read the book for, hopefully, even more insight into everyone involved. I’m glad I put Battle Royale on my Blind Spot list, forcing me to finally watch it all these years later. I wish I’d seen it at the time as it probably would’ve had more impact on me in 2000 than post-Hunger Games (no, I won’t even begin with that comparison but I see now why people moaned about The Hunger Games being so similar). 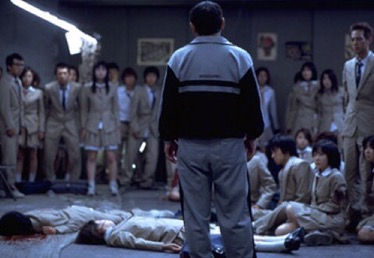