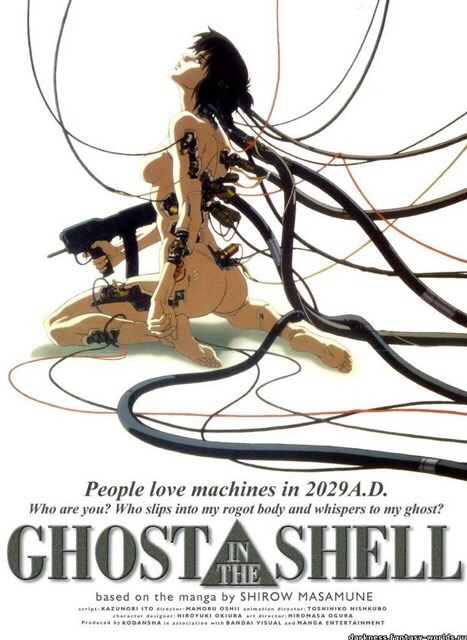 Based on Ghost in the Shell by Masamune Shirow

Plot Synopsis: (via Wikipedia)
Ghost in the Shell follows the hunt of the public security agency Section 9 for a mysterious hacker known as the Puppet Master. With the assistance of her team, Motoko Kusanagi tracks and finds their suspect, only to be drawn into a complex sequence of political intrigue and a cover-up as to the identity and goals of the Puppet Master.

So this was an “alternate” Blind Spot choice of mine (I guess I need to kick one of the main ones off the list now). I decided to watch this because a) the live-action American remake was out recently and b) I noticed the running time of only 82 minutes! Okay – the running time was the biggest reason. Why are so many “worthy” films at least 2.5 hours long? I’m too busy! 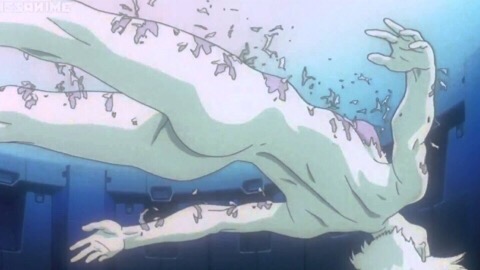 I’m glad I did finally get around to watching this. I really enjoyed it. I do want to see the Scarlett Johansson one at some point too just to see how they recreated certain scenes but know that it will of course pale greatly in comparison to the original. I’d be interested to hear from those of you who’ve seen both and from fans of the original. 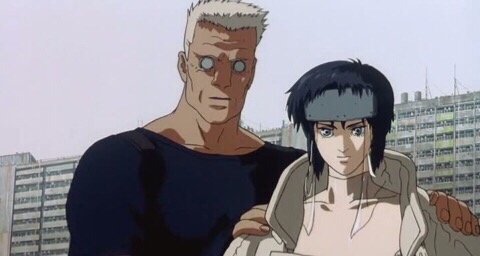 I’m not going to write a lot about this film as I don’t have much knowledge when it comes to Japanese anime (other than my beloved Studio Ghibli). It’s a genre I’m becoming more & more interested in and want to explore by at least watching some of the most well known stuff. I watched Akira as a Blind Spot choice last year (I decided to dive in at the deep end!). Akira isn’t quite like anything I’d seen before and I loved it (it was my favorite of my twelve 2016 Blind Spot films).

I think Ghost In The Shell is fantastic too and I can understand why it’s so popular but, unfortunately, I wasn’t as blown away as I was with Akira. I think a lot of that is probably thanks to me seeing things like The Matrix and even Ex Machina before seeing Ghost, meaning that Ghost feels almost dated now even though it came beforehand and clearly had a big influence on a lot of later films. 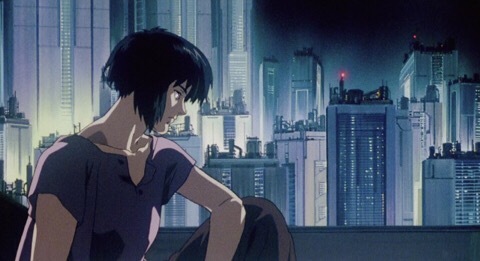 Okay – I don’t think “dated” is at all the right word to use… The animation is beautiful and the story is probably even more relevant now than in 1995. I think anyone who enjoys this type of science fiction would definitely like this film if they haven’t seen it. I suppose it’s just that the themes in Ghost In The Shell have been explored in loads of entertainment over the years (and especially in the years that followed its release), meaning that it doesn’t feel quite as original in 2017 as it will have 22 years ago. But it’s still a damn good science fiction anime & worthy of its status as a classic in this genre. There’s a lot of iconic imagery & an amazing musical montage (I’ve included a clip of this below). I’m happy to say that Ghost In The Shell was well worth my time & a worthy addition to my list of Blind Spot movies. 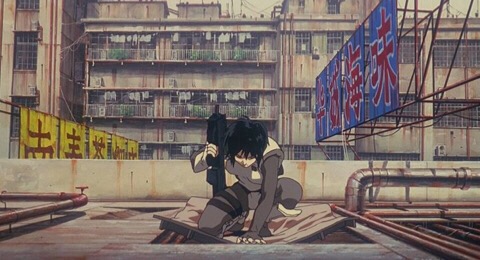 Oh, and I love this Mondo poster created by artist Martin Ansin…

Plot Synopsis: (via Wikipedia)
The plot revolves around an Italian World War I ex-fighter ace, now living as a freelance bounty hunter chasing “air pirates” in the Adriatic Sea. However, an unusual curse has transformed him to an anthropomorphic pig. Once called Marco Pagot (Marco Rousolini in the American version), he is now known to the world as “Porco Rosso”, Italian for “Red Pig”.

I’m sorry but I have to use the word “odd” again in a Studio Ghibli review. Maybe I should buy a thesaurus. Hey, does anyone own an actual dictionary or thesaurus anymore? You can just Google everything. I think back to when I was a kid & had a set of encyclopedias… Bet no one buys those anymore! Anyway, Porco Rosso is bizarre. There, I didn’t use the word “odd”!

First of all, I admit to only seeing the English dubbed version of this as it was on TV and I know I NEVER enjoy those as much as the subtitled versions so, therefore, I’ll probably be a little more harsh on this movie than it deserves. This is one of the “not for kids” Ghibli films. It’s hard to know who it’s aimed at… I’d say it’s the most “adult male” one I’ve seen so far. As I’m not male & really not at all interested in WWI flying aces (other than Snoopy), this movie didn’t speak to me the way other Ghibli movies have. It has quite a high IMDB rating & I’m sure plenty of people like this one. It’s just my least favorite of the Miyazaki-directed Ghiblis (I only have one left to watch – The Wind Rises. Will be interesting to see how that compares as that’s about a man who designed Japanese planes for WWII).

Porco Rosso, at least in the dubbed version, is a “manly” man (manly pig? pigly man?). He’s a womanizer & comes across as a bit sexist. He’s voiced by Michael Keaton so it was strange watching this just after seeing Birdman. The voice Keaton uses for Porco Rosso is fairly close to his smart ass superhero “Birdman” voice. There’s a woman who is in love with his character then there’s later a 17-year-old girl who also seems very fond of him (as he seems to be of her). I won’t pretend I didn’t find that a little disturbing. Especially when the girl’s grandfather says something like “keep your hands off my granddaughter” & Porco says “just looking at her makes me tired”. Er… What a pig! 😉 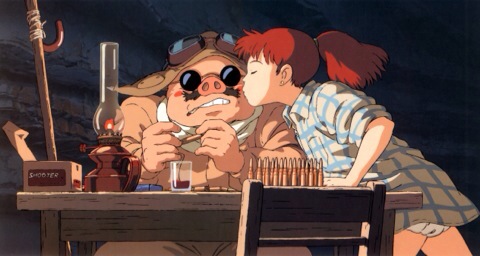 The 17-year-old girl in this, however, is another strong female Ghibli character. She’s an engineer & helps fix Porco Rosso’s plane. I think a big part of the reason I like Studio Ghibli films so much is because of the great female characters so I’m glad we got a decent one in this movie as well. She’s not the main character but she does help make up a bit for Porco’s somewhat sexist & unlikable ways and kind of brings out the best in him by the end. 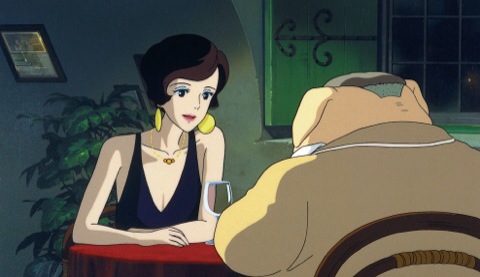 What can I say? Porco Rosso just wasn’t really my sort of thing. I respect it in the way I do all the Studio Ghibli films but just didn’t love it in the same way I do most of the other Ghiblis. It’s definitely a more adult one and aimed more at males. It’s certainly not a bad film & still a lot better than most movies out there. I wouldn’t recommend it as someone’s introduction to Studio Ghibli but it’s definitely worth a watch for those who are already Ghibli fans. Sorry for the quick & rubbish review but I’m off to see Ex Machina right now – that seems more “me”. 🙂