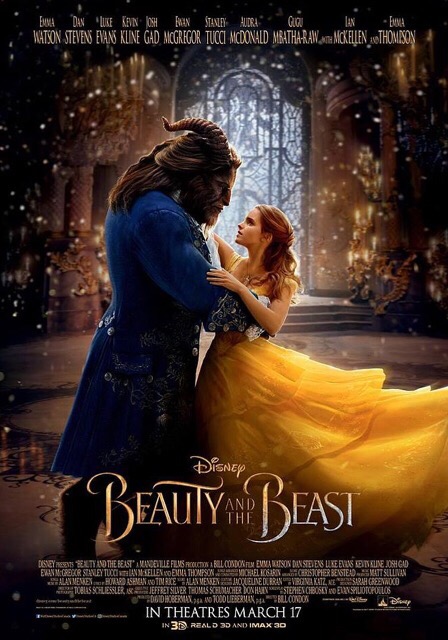 Plot Synopsis: The same as the 1991 animated Disney film. Just watch the animated version instead if you haven’t already. 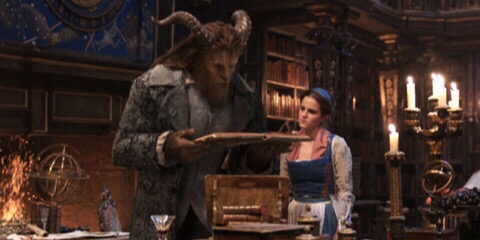 Mehhhh…. I can’t be bothered to write much of a review for this movie. It’s a cash grab – we all know that. I can’t really trash Disney, though. I grew up on Disney films & I’ll always love Disney, even when they sell out. It doesn’t matter – the majority of film studios, actors & actresses, directors, etc etc, all sell out at some point. As long as Disney keep making some original & quality films alongside these pointless remakes & sequels, I can forgive some selling-out. But I’m sorry to say that this remake of Beauty And The Beast is indeed completely pointless. 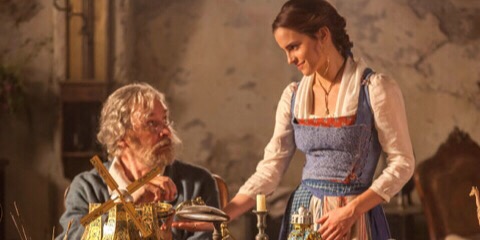 I actually didn’t mind the live-action Cinderella (which I reviewed HERE). The kid watched that again recently & I still don’t mind it. At least it’s not a straight copy. I also enjoyed Maleficent quite a bit more than this as it felt somewhat original. With Beauty And The Beast copying everything, right down to giving us inferior versions of the fantastic songs from the original, I just don’t see the point. Okay – there were a few extra things added in storywise (and, I can’t remember now – one or maybe two new boring songs) that didn’t really enhance what was already a good & simple fairy tale. 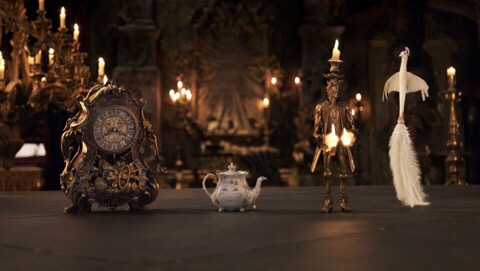 Emma Watson: Wrong for the part. I’ve thought that since it was first announced that she would be Belle. She doesn’t do a horrible job but Hermoine as Belle was always going to be very distracting. Dan Stevens: Nope! Didn’t work. Plus he’s not hot enough (cartoon beast-turned-human was a babe). Kevin Kline: He was okay. Luke Evans: Actually, I guess he was pretty perfect as Gaston. Josh Gad: Not too bad – he was kind of fun but all I can hear is Olaf. Ewan McGregor: He did okay copying the original version of the character but the French accent was just confusing. Well, all the accents in this were confusing (but I suppose the same can be said of the original). Emma Thompson: Perfect casting but YOU CAN NEVER TOP ANGELA LANSBURY, dammit!!!! Chip was still cute, though. Just not as cute as animated Chip. But nothing in this topped the original in any way, so…. 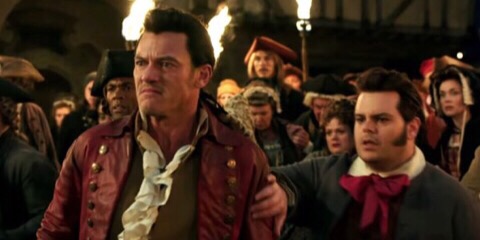 Whatever. It’s not a horrible movie. The CGI is decent. No, wait – I suppose the CGI actually quite good but we’re all spoiled these days & expect perfection. If you love the animated film, odds are that you’ll want to watch this at some point but I wouldn’t say you have to rush out to see it. If you haven’t seen the animated film for some reason, please just watch that first. Or instead. I’ll give this an extra half point since my kid seemed to enjoy it. I guess that’s all the really counts, right? 😉 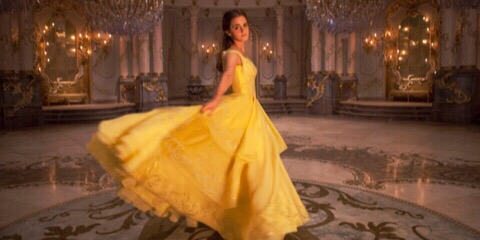