Last year for my month of horror in October, I reviewed three Mike Flanagan movies: Oculus, Absentia & Hush. This year I’m reviewing three more: Gerald’s Game (reviewed yesterday), Before I Wake and Ouija: Origin Of Evil. Let’s see how this Ouija movie compares to the rest of his films…

Plot Synopsis: (via IMDB)
In 1967 Los Angeles, a widowed mother and her two daughters add a new stunt to bolster their seance scam business and unwittingly invite authentic evil into their home. When the youngest daughter is overtaken by a merciless spirit, the family confronts unthinkable fears to save her and send her possessor back to the other side. 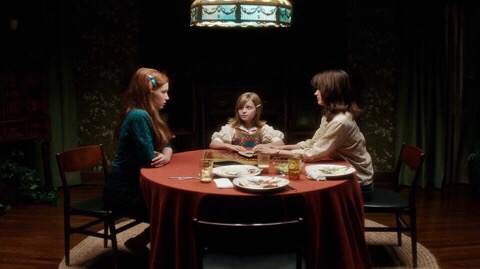 Ouija: Origin Of Evil is okay. It’s your usual, standard, run-of-the-mill, predictable supernatural horror film. Sorry I can’t be more positive than that. I’ve just seen so many movies like this (since I’ve been alive so damn long now). I’ve now watched six Mike Flanagan movies and I’m still trying to decide if I’m a fan. I’ve ranked his movies at the end of this post. My top 3 are actually quite good as far as the horror genre is concerned & I especially liked number one. Those three each felt somewhat original in a genre that rarely tries to be different. The remaining three? Meh. I did like Before I Wake despite it not being all that great but Ouija: Origin Of Evil isn’t really anything special.

I did like the 1967 setting of this movie and I’ve always liked a good Ouija board story. Anyone here ever own one of those things? I did. I took it to places I hoped might be haunted & tried to convince friends to use it with me. It really is bizarre how the damn pointer moves on its own. How does that work?!? Science? Or SPIRITS???? Anyway! This movie started out fairly strong. I liked the two young sisters & their widow mother and how they’d set up a scam seance business to bring in money. The movie had a good look & a good mood and, overall, I liked it okay. But, as I said, I’ve just seen this all before. And like most supernatural horror movies, the second half is a bit of a mess.

Oh! Like Gerald’s Game, Henry Thomas is in this as well. Luckily, he’s not a disgusting creep this time. He’s a priest. A priest is a requirement for movies involving evil Ouija boards. Hey – remember when Ouija star Elizabeth Reaser was in Grey’s Anatomy and had her face badly messed up then got reconstructive surgery & Alex fell in love with her? No? Man I hate Grey’s Anatomy. The two daughters, Annalise Basso & Lulu Wilson, did well in this & I see Wilson is going to be in the Gillian Flynn Sharp Objects TV series with Amy Adams. When is that meant to start? I want to see it! Oh, shit – Flanagan again cast Hush’s Kate Siegel in this as well. I totally missed her bit. I think I was only half paying attention to this movie. 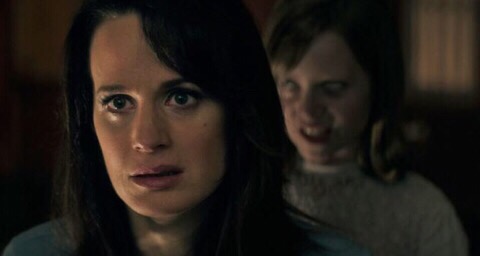 Am I rambling? Yep! I honestly can’t think of anything else to say about this movie. Sorry! But I do recommend my top three Flanagan movies from the below list if you’re unfamiliar with his work. And I’ve certainly seen horror movies far worse than Ouija: Origin Of Evil so don’t let my negative sounding review keep you from watching it if you like supernatural horrors. It’s just… Okay. The “just okay” movies are such a struggle to review!! 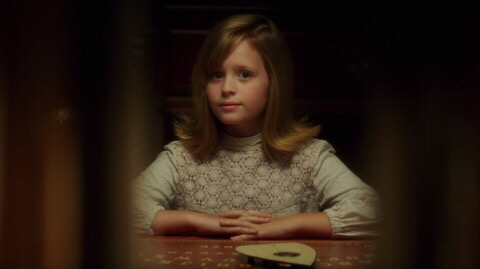 My Mike Flanagan Movie Ranking (from least favorite to favorite):