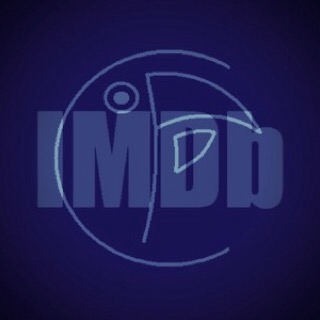 Today’s IMDB Top 250 Guest Review comes from Steven of Past, Present, Future In TV And Film. Thanks for the review, Steven! 🙂 Now let’s see what he has to say about Beauty And The Beast, IMDB rank 228 out of 250…

Animated films. You grow up with them as kids, watch them over and over, and love them to pieces. Sadly, it seems, these films can lose whatever hold they had on you, and become a part of some time long ago, that the kids of today are only just discovering.

The Walt Disney Pictures film “Beauty and the Beast”, certainly reminded me why animated films, newer or classic, aren’t to be discarded once you reach a certain age.

The film was directed by Gary Trousdale (“The Pig Who Cried Werewolf”, “Scared Shrekless (TV Short 2010)”) and Kirk Wise (“Spirited Away”, “Atlantis: The Lost Empire”). It was written by Linda Woolverton (“Maleficent”, “Alice in Wonderland (2010)”).

Originally I thought it was going to be difficult to find a copy of this film. The only one my family had, for the longest time, was on VHS, probably the original one bought when I was a kid back in the early ‘90s. I just dated myself. Ugh. Anyway, I didn’t give up. Thank God for both Netflix subscriptions, as the DVD one had the film! However, it wasn’t what I was accustomed to. Since I last saw this film, and I honestly have no idea when that was; for all I know, the last time was in the ‘90s. So, this version was one of the most recent updated versions of the film. I was okay with that, mainly as I’d only heard of the new musical number and hadn’t seen what the animation and coloring would look like in a restored or remastered version. I still got an incredible experience! It seriously makes me wonder why I don’t own this film myself.

The animation, which I immediately fixated on, was incredible! I’m not sure if it’s just because this film is 24 years old (and restored/updated), and the way things are animated is vastly different, but I felt like I was getting something different or special. I instantly fell in love with every aspect that went into bringing this world to life. The detail! The color! Spectacular! Watching these characters move and interact with other characters and the environment was something else. It could also just be telling, in that I don’t usually focus on the way an animated film looks. Certainly not to that level of detail and with the attention I afforded this film.

Much like with the detail of the film, I was able to really focus on the music and lyrics. While in film, Alan Menken (“Galavant”, “Tangled”, “Enchanted”) may not have done much, he somehow delivered incredible, fun, and moving music. Lyricist, Howard Ashman (“The Little Mermaid”, “Little Shop of Horrors”), well, as we now know, wrote amazing songs. I don’t know how best to describe this. I can’t recall if I ever payed that much attention to the music and lyrics before, but this time around, I really, really did. Maybe more than need be, but because of this, I found the lyrics at times funny and highly enjoyable, plus, overall, brilliant! This really explains why, even though I haven’t seen this film much, little pieces of the songs go in and out of my memory, to the point where I must search YouTube for a clip with whatever song is stuck in my head. It also afforded me the chance to see why I love this film more than many of the other animated Disney musical films.

While I pretty much loved every song in this film, including the originally omitted “Human Again”, as well as the darker ones sung by Gaston and his friends, (seriously, listen to the lyrics), there’s only one that stands out the most. That being, “Be Our Guest”.

I think this is mainly because “Be Our Guest”, is so big! That’s the great thing about animation. You can do so much more than in live action. Okay, this may not be entirely true, but let’s just go with it here. Thanks. I love that they even had Belle do a tiny little dance towards the end of the song. I guess I remembered the number a bit differently and thought that this piece just meant something else. It certainly had me getting into the song and dance all that much more, as well as just smiling and laughing and enjoying every moment!!

After the song is over, Belle says, “I figured it out for myself”, for which she’s referring to recognizing that where she is, is an enchanted castle. I found it so fascinating that this very specific thing was mentioned. I don’t know why, but it just stood out for me. Guess it really shows how long ago it was I saw this and what I remember of it.

I don’t think it would be normal if I skipped over a chance to talk about the characters, even if they’re animated.

You always see or hear about surveys, or something, asking which Disney princess is your favorite or which one you are (something like that), and most people seem to have an answer. I usually dismissed this as some silly and obnoxious thing people did for reasons I’ll never understand. I still don’t think, after putting in five minutes of thought, I could tell you. Anyway, after having seen this film I must say that, and I mean this, that Belle is my favorite. I should now throw out that I find many of the Disney princesses annoying, as well as the films they’re featured in, so it makes it easier to pick Belle.

I think most of this love for her comes from the fact that she reads. If that sounds weird, let me add that I’m a big reader. My own personal library now partially lives under my bed, as well as the three other bookcases I have. This probably explains why, when Belle is shown the massive library the beast has, my first thought was, “I want that library!!! So many BOOKS!!!”

Moving on. Maybe this is just some quality I picked out of hers, like with Matilda, that actually carries little actual meaning towards character. I’m not sure. I will say too, that I like her for all the reasons everyone else does. She independent, kind, free spirit, blah blah blah. In the case of the film itself, a large portion goes to O’Hara who had, as I have remembered for so many years, a phenomenal singing voice and the right voice for the character. It’s what makes me love the songs Belle sings so much!

As I’m talking about Belle, I feel it a good time to mention one observation. I love how she just opens up to halfway through the book, but apparently, that’s really the beginning. I know some books have extra pages, that are truly useless, but with her book, that was something else. I think it was something like hundreds of pages before the story actually began. I guess that’s just 1991 for you.

The Beast was an incredibly likable, if not lovable, character. It all has to do with the fact that he’s a very emotional creature? being? thing? Whatever it is, the portrayal of emotions makes him very sympathetic. I was surprised by how quickly he made me feel bad for him. After he catches her in the west wing, he’s so saddened by his outburst. You can see it, and it hits, to me, quite strongly. A kid might not read too much beyond sadness, but I felt much more than I thought I could. You feel so bad for him. It’s so sad!! Fortunately, as is the point of the film, his feelings change and he becomes even more capable of loving, and by the end, you really side with him.

With this version, I loved and didn’t like it, only as it was sort of an awkward placement for a scene, that during “Human Again”, when Belle’s finishing reading “Romeo & Juliet”, you see the Beast just totally taken by the story. Giant paws holding up his head as he listens with attention you don’t really get to see in the rest of the film. This scene, made me so giddy, as you could really see him enjoying this time with Belle! I know there’s plenty of examples of their relationship growing, but somehow those don’t convey the same thing as this one scene does.

Lumier, well, he’s Lumier! I still love Lumier the most. Don’t get me wrong, the other characters are absolutely refreshing as well, but not like Lumier. I’m not entirely sure why, but every time I see Orbach on a “Law & Order” rerun as Lenny Briscoe, I think of Lumier!

And, this wouldn’t be a kids movie without violence! Even if it’s to protect someone from wild animals. Then, there’s the fact that in a kids movie, violence is apparently funny. I got a nice laugh on some of it. I do feel surprised, however, that the animators included such a graphic scene as the knife coming out of the beast. The scene then features a trickle of blood. Really it’s nothing any kid would obsess over, but somehow it just seems shocking. If that doesn’t indicate how long it’s been, I don’t know what will.

Lastly, and just because they’re extra observations, and I even made a note at the top of my page that says, “I’m over thinking most of this film”, I’m including some really random observations. Things which really just made this film a different, yet still enjoyable experience, overall.

– Apparently nobody knew of this prince living in a massive castle. How???
– But, the beast knew there was a village. Or did he just know because of Belle and her father?
– Oh, look! Lumier and Cogsworth sound French! Why are they the only ones?
– Belle has no friends, so she must talk to the chickens. Yeah, that makes sense.
– Everyone’s gotta have a sidekick!
– “How can you read this? There’s no pictures.”
“Well some people use their imaginations.”

Pretty much the sentiment of today’s youth and a lot of people in general. Or, maybe it’s just the people I know that don’t read. Sad on so many levels.

I may watch animated films every now and then, but seldom do I react the way I would if I were still a kid, or as others do when the little kid inside them comes out. Not since “The Lego Movie”, which wasn’t watched all that long ago, have I been so entertained by something animated. Perhaps this newfound love of this film, is telling me I need to revisit my childhood. Maybe I need to spend more time giving new animated films a chance, as I could be surprised by what I’m seeing. There’s a whole genre of film I feel that I’ve been missing for some time, that only now, seems to be acceptable for me to watch again. Animated films, they’re not just for kids.