Plot Synopsis: (via Wikipedia)
A sequel to the 1982 science fiction film Tron, the story follows Flynn’s (Jeff Bridges) son Sam (Garrett Hedlund), who responds to a message from his long-lost father and is transported into a virtual reality called the Grid, where Sam, his father, and the algorithm Quorra (Olivia Wilde) stop the malevolent program CLU from invading the human world. 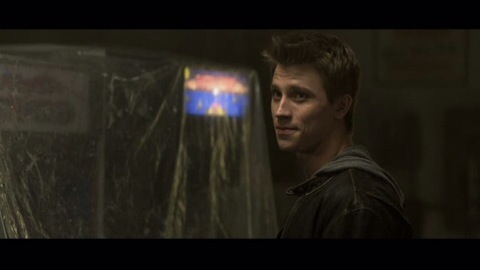 Let’s keep this short – I’m extremely behind on reviewing things (6 books & 23 movies. Ugh). I enjoyed this movie. Quite a lot! I’m not a huge fan of the original or anything (I don’t even remember it that well). My hubby is the expert on these films. He loves the original and, oh my god, when he found out there was going to be a sequel AND that Daft Punk would be doing the soundtrack?! He was in HEAVEN. He should be writing this! Oh well – you’re stuck with me and my total lack of TRON knowledge.

I kind of didn’t know WHAT the hell was going on in this thing. I’m sure the hubby was sick of me asking him questions as we watched this. In the end, I decided to just enjoy the ride & not worry about the story. I’m not saying this was all style over substance – I’m saying I was probably just too stupid for it. It really was fun to watch, though. I loved the look of the whole thing (and the look of Garrett Hedlund, yes…). Olivia Wilde was also absolutely gorgeous in this & I’ve never thought that about her before – this look really suits her. Look at these beautiful people!: 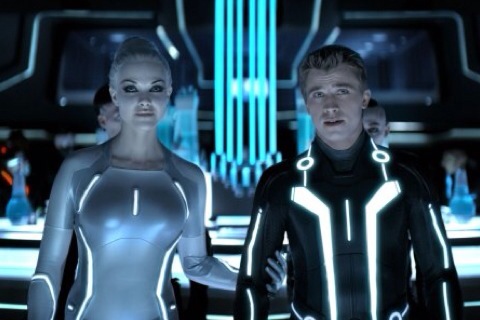 So… The movie looks awesome and the people are beautiful and there’s crazy sci-fi shit going on and I love sci-fi more than anything even though I’m a complete idiot and it’s always over my head. But then, to top it all off, we get the DAFT PUNK SOUNDTRACK. Yes! Loved it. Loved it so much! The music in a movie is very important to me and, when it’s right, it makes me love the movie even more. Yeah, I’m probably going to give this movie a higher rating than it deserves thanks to Daft Punk…

You know what? I don’t know what to say. Woohoo! Worst review EVER! Basically, I thoroughly enjoyed TRON: Legacy even though I know it’s not a very good movie overall. Oh well – we all have our guilty pleasures. Plus Garrett Hedlund is a hottie. 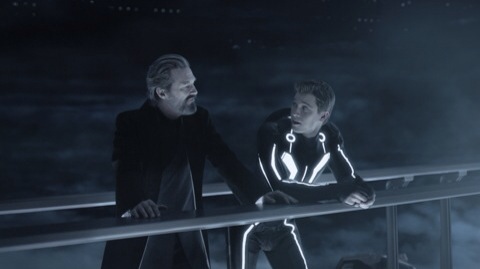